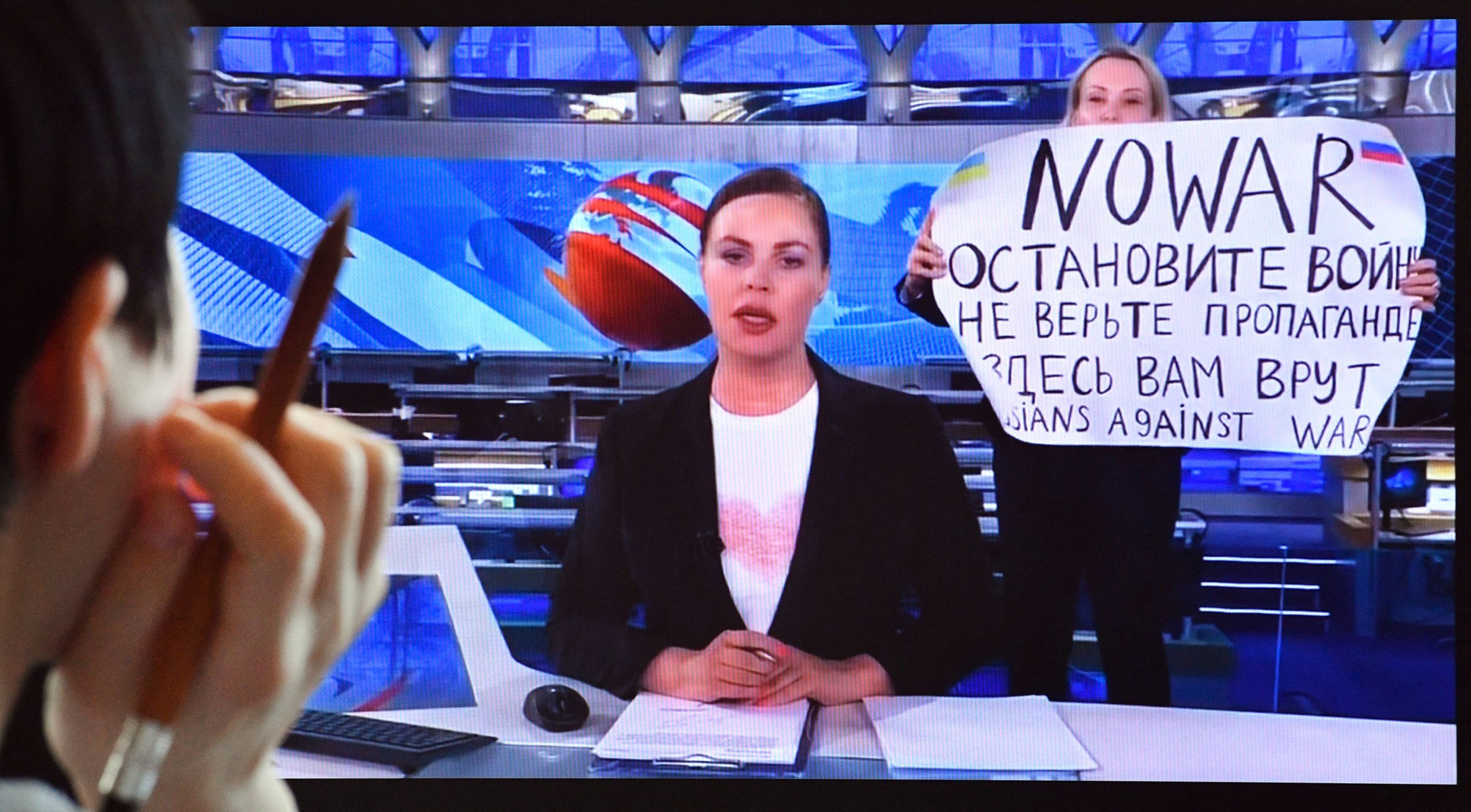 A Russian journalist who protested Vladimir Putin’s invasion of Ukraine during a prime-time news show has been detained, social media posts show.

Ukrainian-born Marina Ovsyannikova became the face of dissidence in Russia when she hijacked a live TV broadcast, shouting anti-war slogans.

Her banner read: ‘No war. Stop the war. Don’t believe propaganda. They are lying to you here.’

The mum-of-two also filmed herself blasting the invasion as ‘a crime’ and was arrested and interrogated for 14 hours.

Russian police detained Ms Ovsyannikova for a second time on Sunday after she demonstrated alone near the Kremlin.

‘Marina has been detained,’ a post on her Telegram channel said, beneath images of two police officers leading her towards a white van.

‘Went for a walk with the dogs, just stepped outside the gate, people in uniform approached me,’ the 44-year-old wrote.

‘Now I’m sitting in Krasnoselsky ministry of internal affairs,’ she added, referring to a police station in a Moscow district.

Three hours later, Ms Ovsyannikova said she had been released.

‘I’m home. Everything is okay,’ she wrote on her Facebook page late last night.

‘But now I know it’s always best to bring a suitcase and passport if you go out.

‘Thanks to the neighbour who was nearby at that moment. He brought me stuff and called my lawyer and friends.’

Her protest near the centre of Moscow saw her holding a placard, calling the Russian president ‘a killer’ and his soldiers ‘fascists’.

In front of her were three bloodied dolls to highlight the number of children who have died during the war.

‘How many more children must die before you will stop?’ the poster read.

After her arrest in March, a Russian court reportedly fined the journalist £213 after finding her guilty of flouting protest legislation.

She returned to Russia earlier this month, writing on Facebook that she was forced to return to defend her parental rights in court against her husband.