Russian President Vladimir Putin is hoping to annex four areas of Ukraine this week as his forces oversee sham referendums to declare them Russian territory. Votes are being held in Kherson, Zaporizhzhia, Donetsk and Luhansk. The Ukrainian government has already warned that anyone assisting the referendums could be charged with treason.

One area which won’t be annexed is the Kharkiv region. It was reported that Russian forces were making plans to hold a referendum here too, but Ukraine’s successful counteroffensive earlier this month drove the invading troops out of the region.

This provoked Moscow to move soldiers to Kherson, only for the counter-attack to target Kharkiv instead 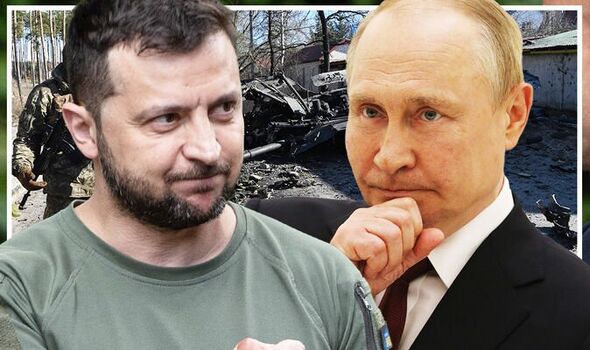 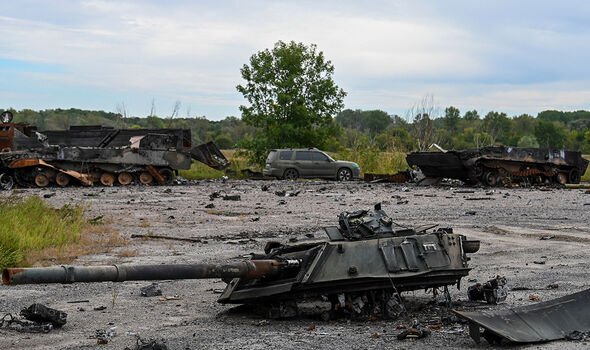 Mr Hodges explained: “This was thorough planning. The deception plan, all of us were waiting for this big offensive in Kherson because the Ukrainians kept talking about it. The Russians even shifted forces down to Kherson, only for Ukraine to attack areas near Kharkiv.

“That’s where they had success because the Russians shifted forces away from Kharkiv. Now you have 7000 Russian soldiers potentially trapped on the Ukrainian side of the Dnipro river. The Ukrainians have also been knocking out bridges to make it difficult for Russians to be resupplied or for them to evacuate with equipment.

“The Ukrainians are going to be patient here, they have Russian soldiers fixed, they cannot get help. They don’t want to turn Kherson into Mariupol by destroying it, so I think they will look for ways to wear down the Russians that are there. 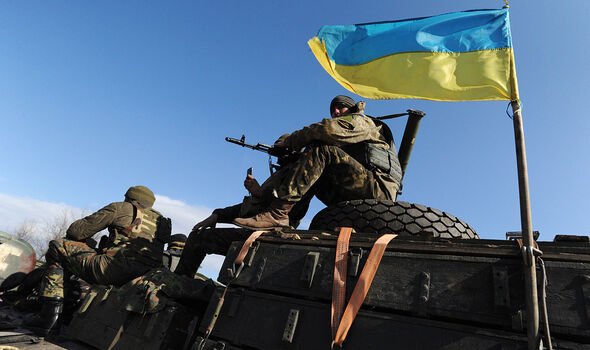 “There’s no need to have to fight in Kherson yet it seems to me.”

Ukrainian President Volodymyr Zelensky appears confident that his troops will continue to make progress. On Monday, he said his forces are seeing “positive results in several directions”.

In a national address, Mr Zelensky said Ukrainian troops were making gains in the regions of Donetsk, Kherson, Kharkiv, Mykolaiv and Zaporizhzhia, all of which have Russian-occupied areas.

He added: “We have positive results in several directions. No matter what happens this week in Russia, no matter what steps the terrorist state plans — political or military — the tasks of our state, the tasks of Ukraine, cannot change: We are fighting for life and freedom for all Ukrainians.” 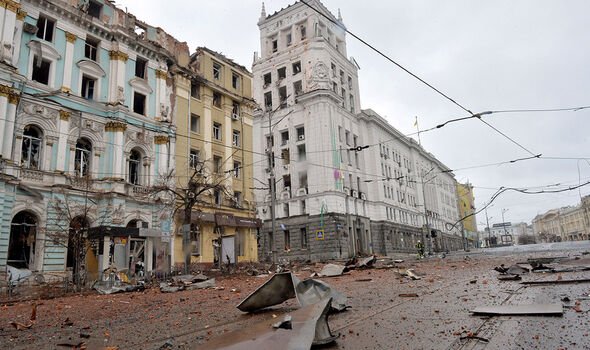 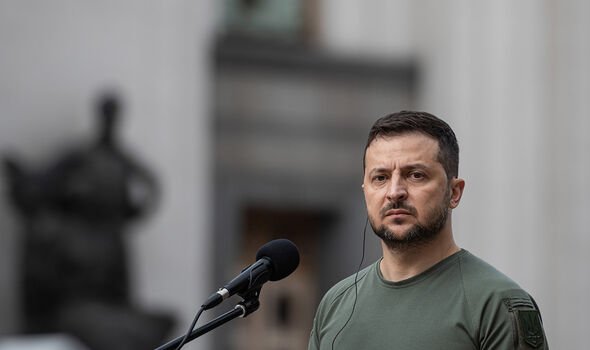 Ukraine’s success in Kharkiv has provoked Putin to mobilise 300,000 more people to fight in the war. It has also been reported that Russia is gathering men and weapons near its border opposite Kharkiv, sparking fears that Putin could be plotting a counter-attack of his own.

Brigadier General Sergei Melnik, the commander of the Kharkiv military garrison, told the Telegraph: “The situation is not calm.

“Furthermore on that side of the border, they are building up a very large number of troops and equipment and so on. So what they are going to do next we don’t yet know.

“We can guess – either they will move in the direction of Kharkiv in the second echelon or towards Donetsk, but I don’t know yet. When they start to move and line up in battle formation, we will understand where they are going.”