NINE bodies were pulled out of the sea after a Russian plane smashed into a cliff — killing all 28 people on board.

A chilling video shows debris and personal possessions from the passenger aircraft scattered on coastal rocks after the plane crashed yesterday on its second approach to land  in bad weather. 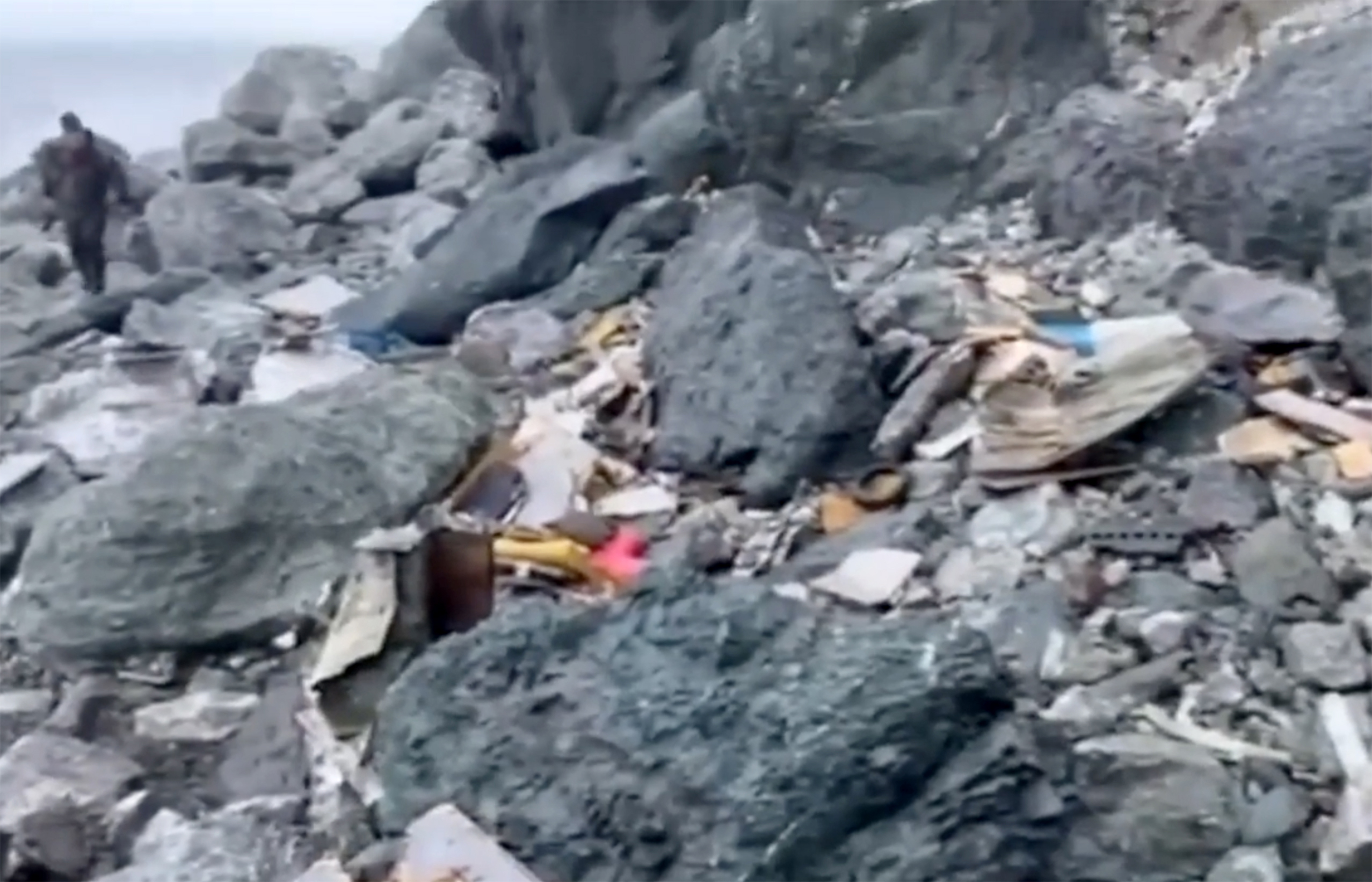 The Soviet-era An-26 — constructed in 1982 — crashed into a coastal cliff by the Sea of Okhotsk en route from regional capital Petropavlovsk-Kamchatsky to the village of Palana.

Plane owners Kamchatka Aviation Enterprise have blamed extreme crosswinds for the crash but a full investigation is underway.

Russian reports have suggested pilot error or a technical malfunction could be behind the crash.

Governor Vladimir Solodov said: "The first bodies are now being pulled out of the water.

The first bodies are now being pulled out of the water

"In terms of the number of bodies, the situation is changing all the time."

Divers were being called in to assist the recovery of bodies.

Mr Solodov said: "The fuselage is located on this hill, and the main part of the plane (is) in the water.

"The place itself is inaccessible — a helicopter cannot land there."

Charred foliage suggests the plane hit the top of a cliff on its second approach to land. 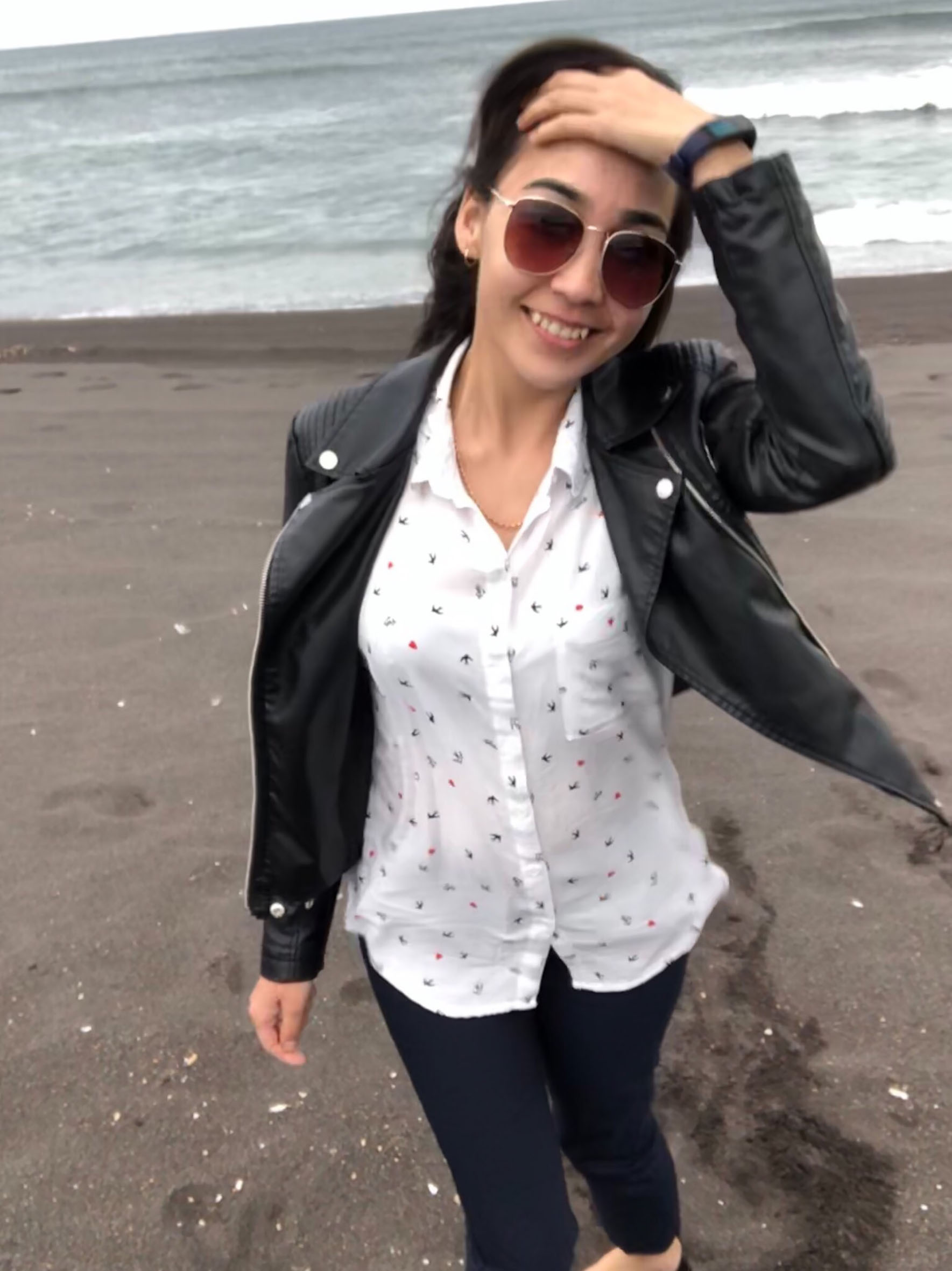 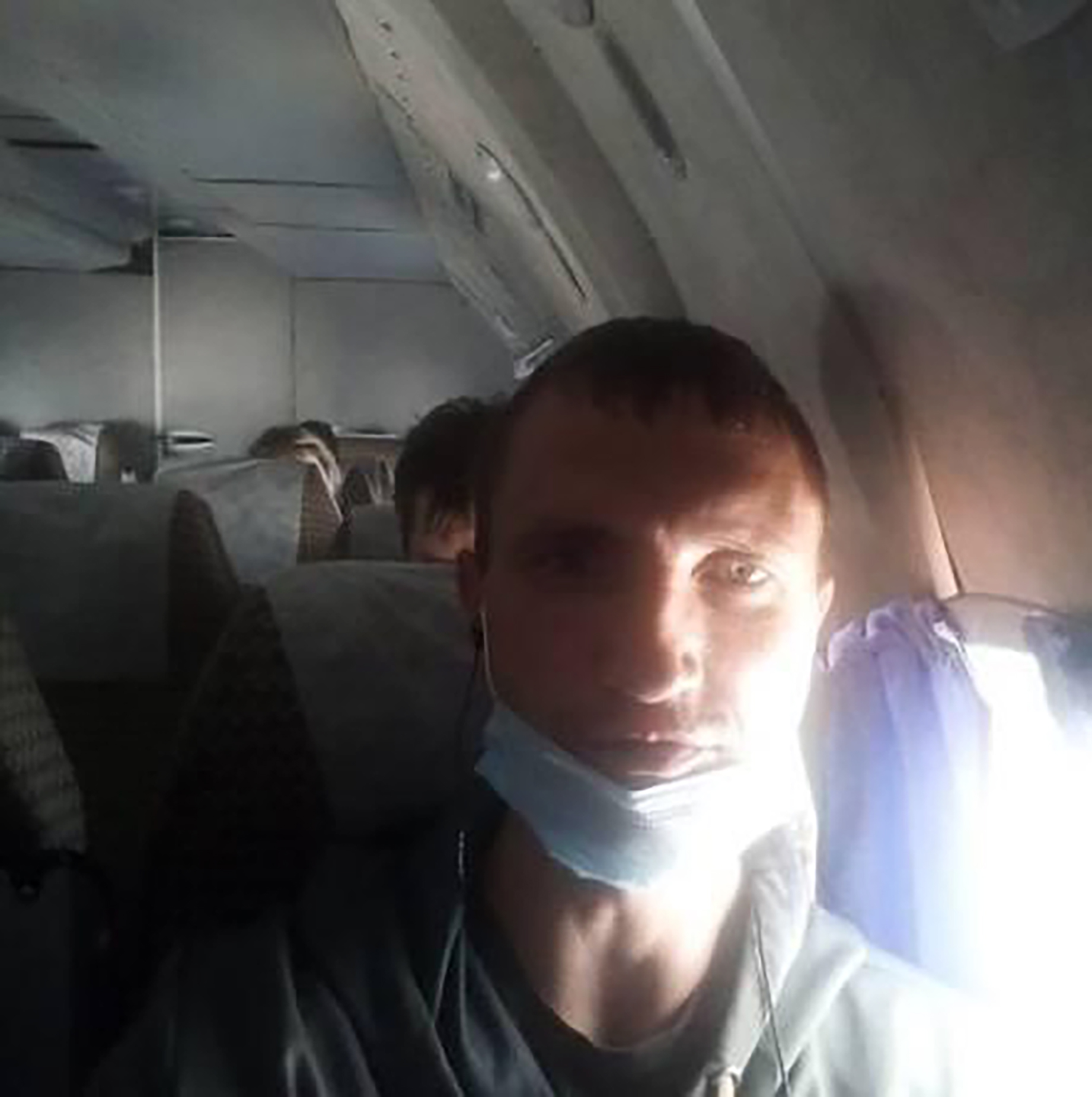 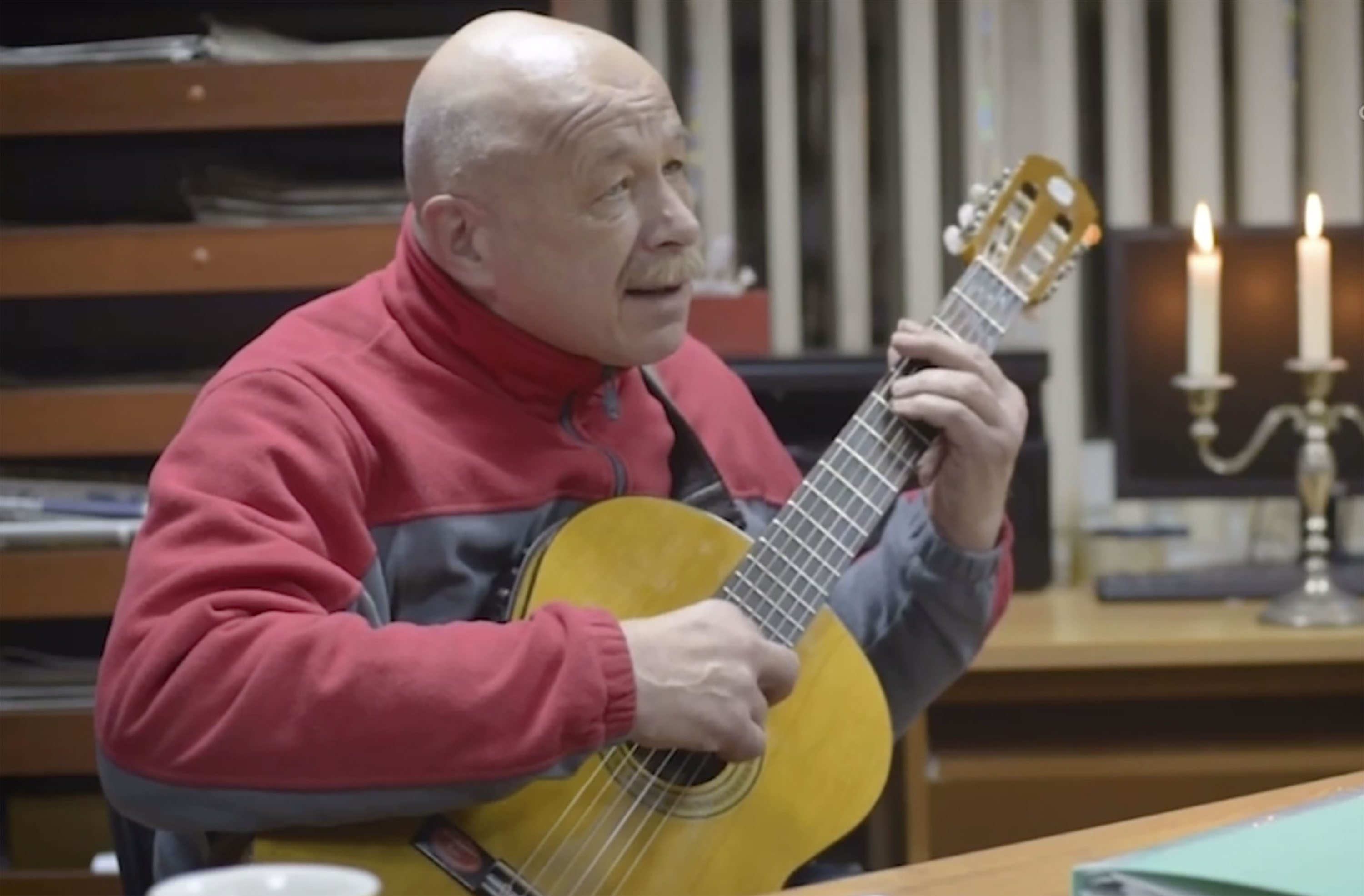 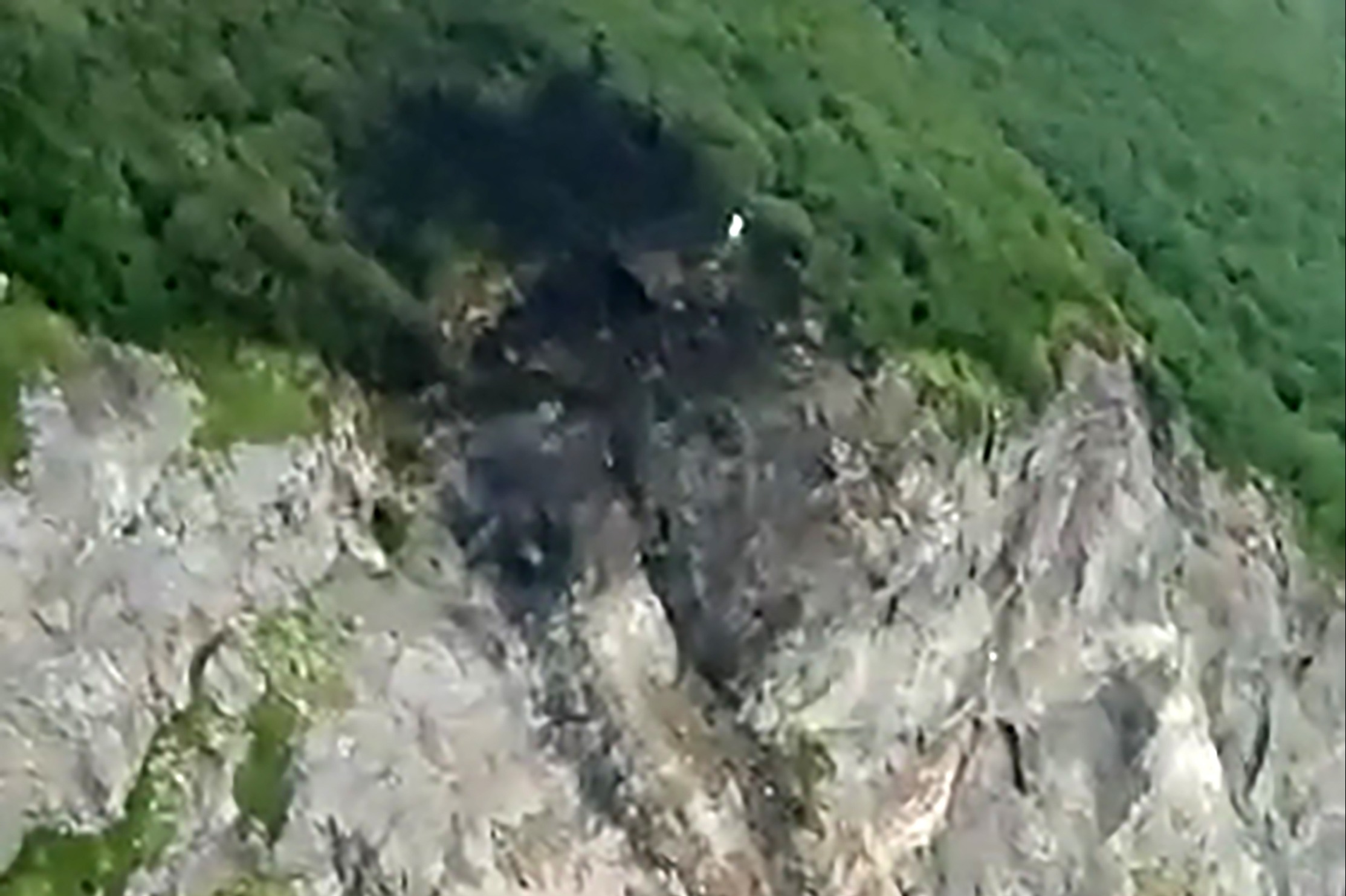 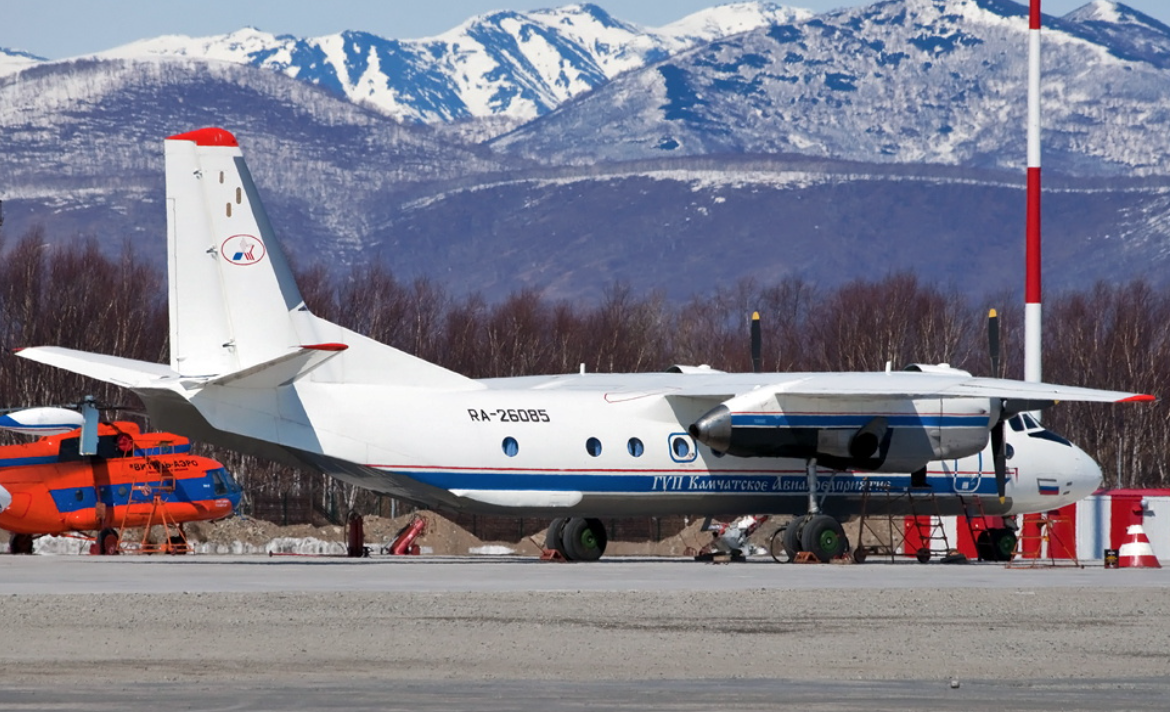 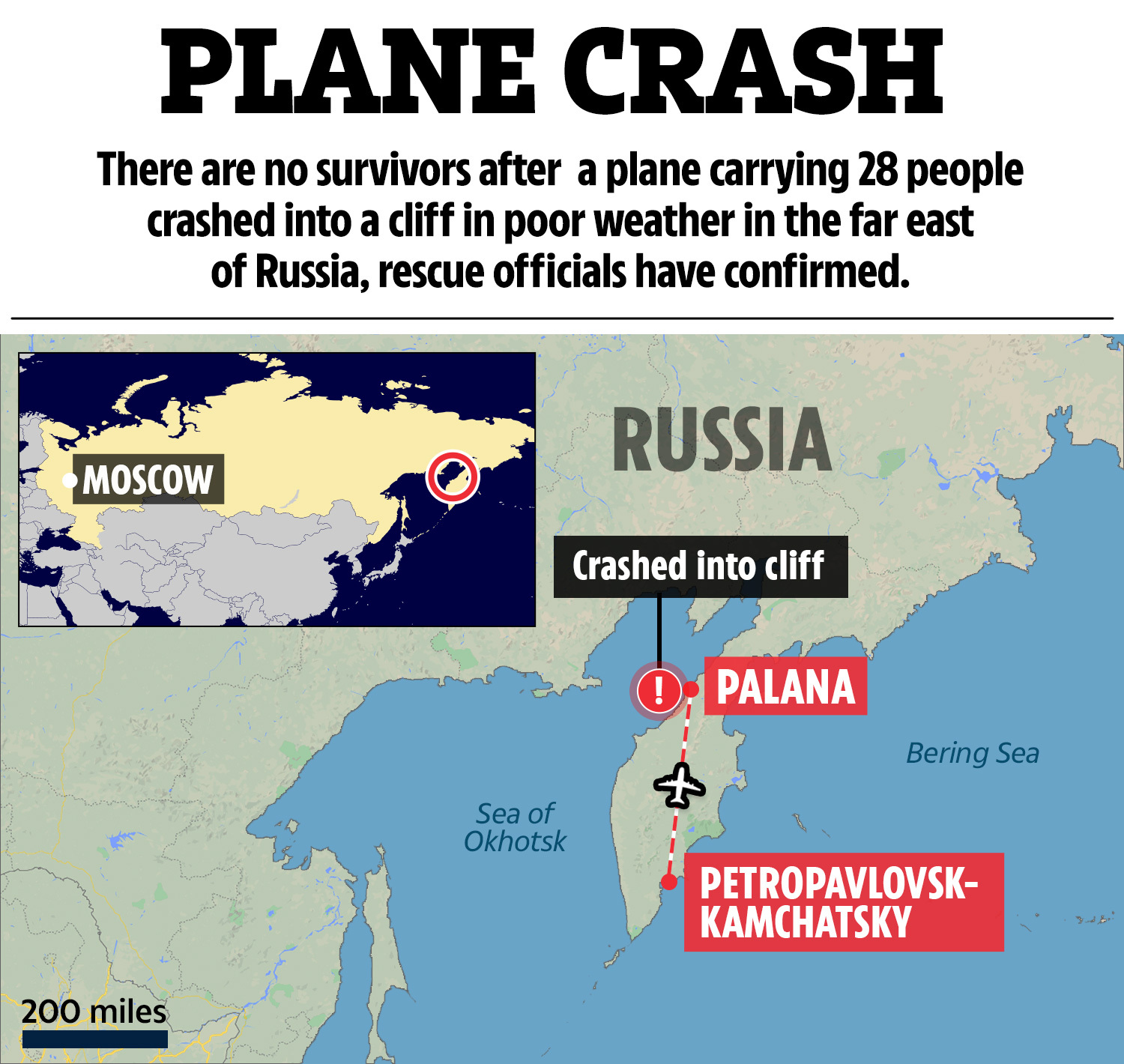 Mr Solodov said: “Specialists are being sent from Moscow to Palana to provide psychological assistance to the relatives of the victims.”

He also announced that relatives would receive around £34,000 in compensation.

Kamchatka Aviation Enterprise — which owned the plane — will fly relatives to Palana for funerals.

The company has blamed extreme crosswinds for the crash but a full investigation is underway.

Russian reports have suggested pilot error or a technical malfunction could be behind the crash.

The governor said that the plane was making its second attempt to land, but this was contradicted today by an account saying the An-26 was landing “normally”.

The plane’s flight certificate was due to expire on 30 August.

Pilot Dmitry Nikiforovo, 34, was within five minutes of his allowed 70 hours when he took off, said one report.

Russia's state aviation agency, Rosaviatsiya, said parts of the plane were found about three miles from the airport's runway, near the coast line.

Part of the fuselage was found on a mountain side and another part was floating in the Okhotsk Sea.

Sergei Gorb, deputy director of Kamchatka Aviation Enterprise, said the plane practically crashed into a sea cliff, which was not supposed to be in its landing trajectory. 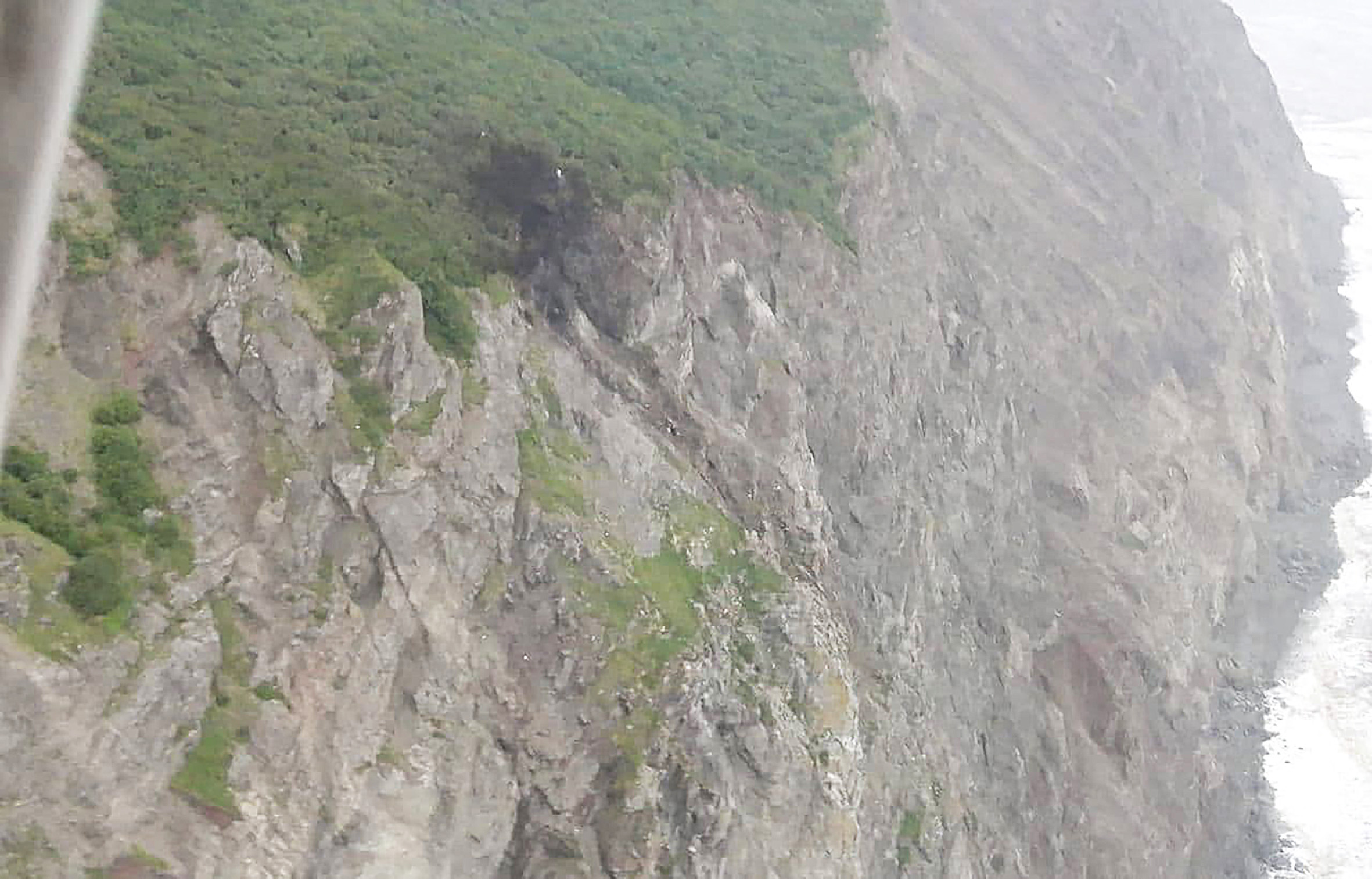 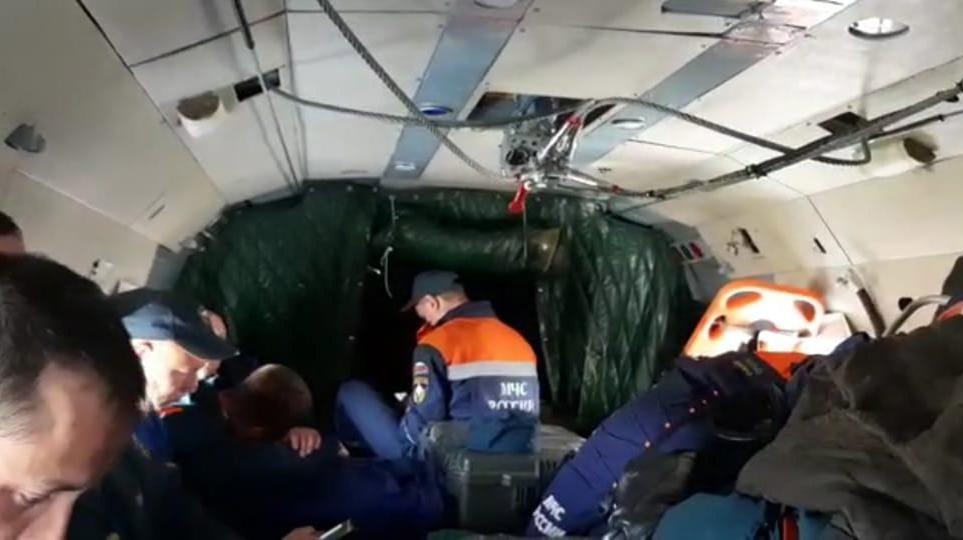 Among those on the plane was mother of three Yulia Surovtseva, 43, a university graduate in St Petersburg, who ran a puppet theatre in her village of Palana.

Ekaterina Ponikarova, 30, was returning home after a holiday.

Before departure she had posted a picture of her cat that was travelling with her.

The head of the Palana village administration, Olga Mokhireva, 42, was on the plane.

A girl aged six, Alisa Khvaleyeva, 6, was on the plane, as was villager Artyom Tishchenko, 17. 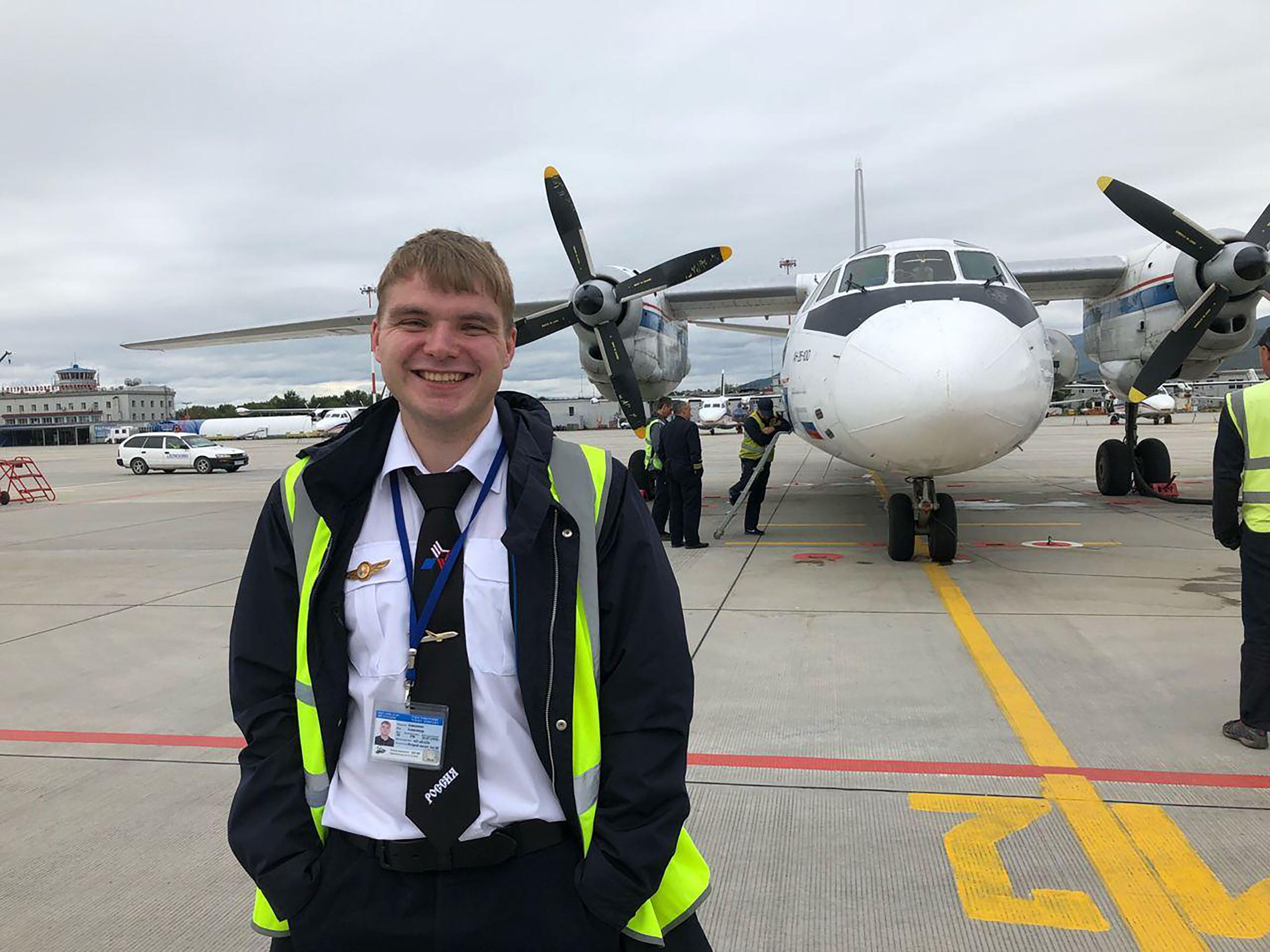 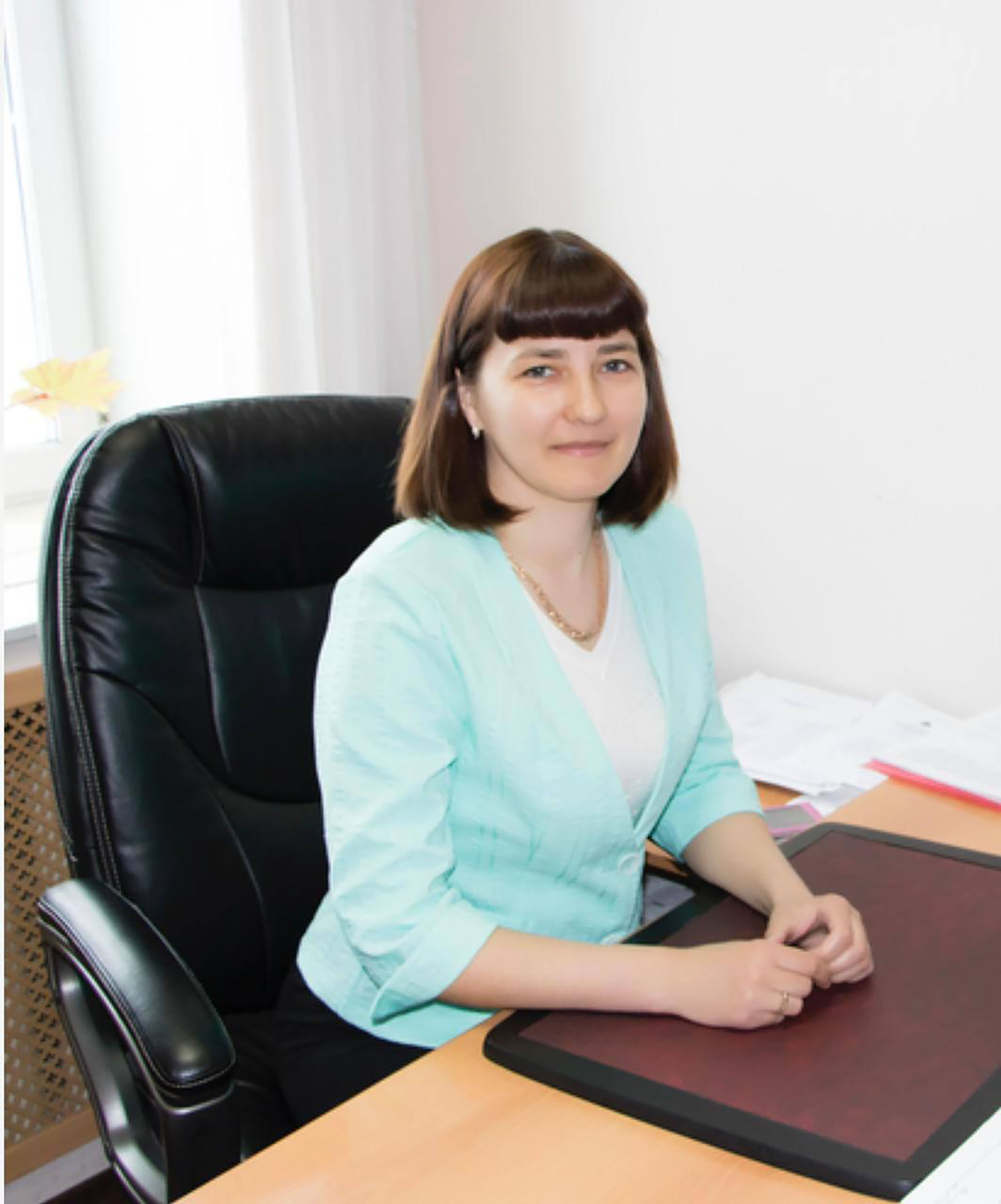 Russian prime minister Mikhail Mishustin ordered a special commission to find out what had happened to the plane.

A criminal case was also launched into its fate, a normal measure when a plane goes missing or crashes in Russia.

Russia, once notorious for plane accidents, has improved its air traffic safety record in recent years.

A hotline has been set up for relatives who will be offered psychological assistance.

The An-26 that vanished today was a twin-engined turboprop civilian and military transport aircraft, designed and produced in the Soviet Union from 1969 to 1986.

In August, a South West Aviation An-26 turboprop aircraft crashed while taking off from Juba Airport in Juba, South Sudan. 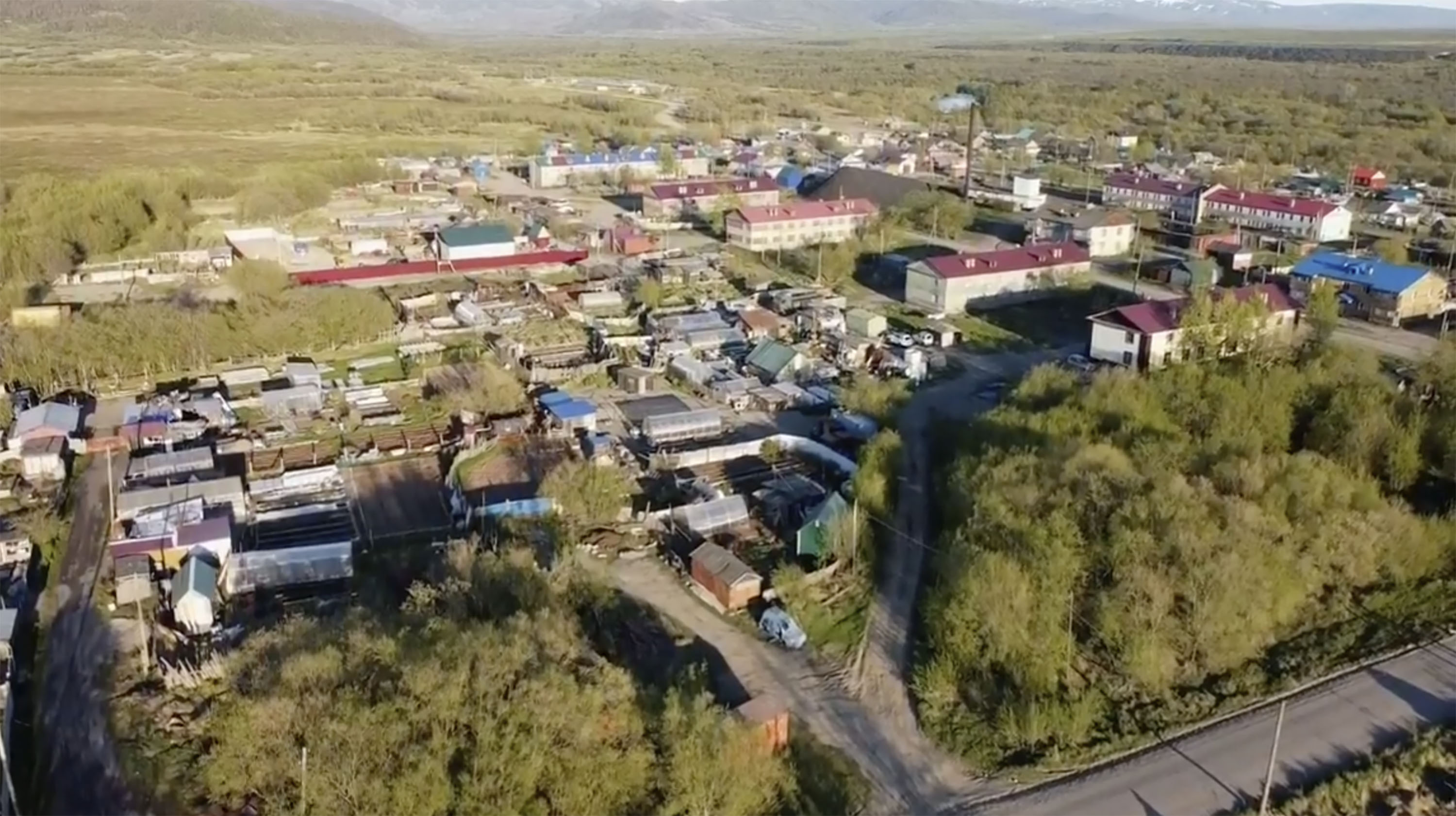 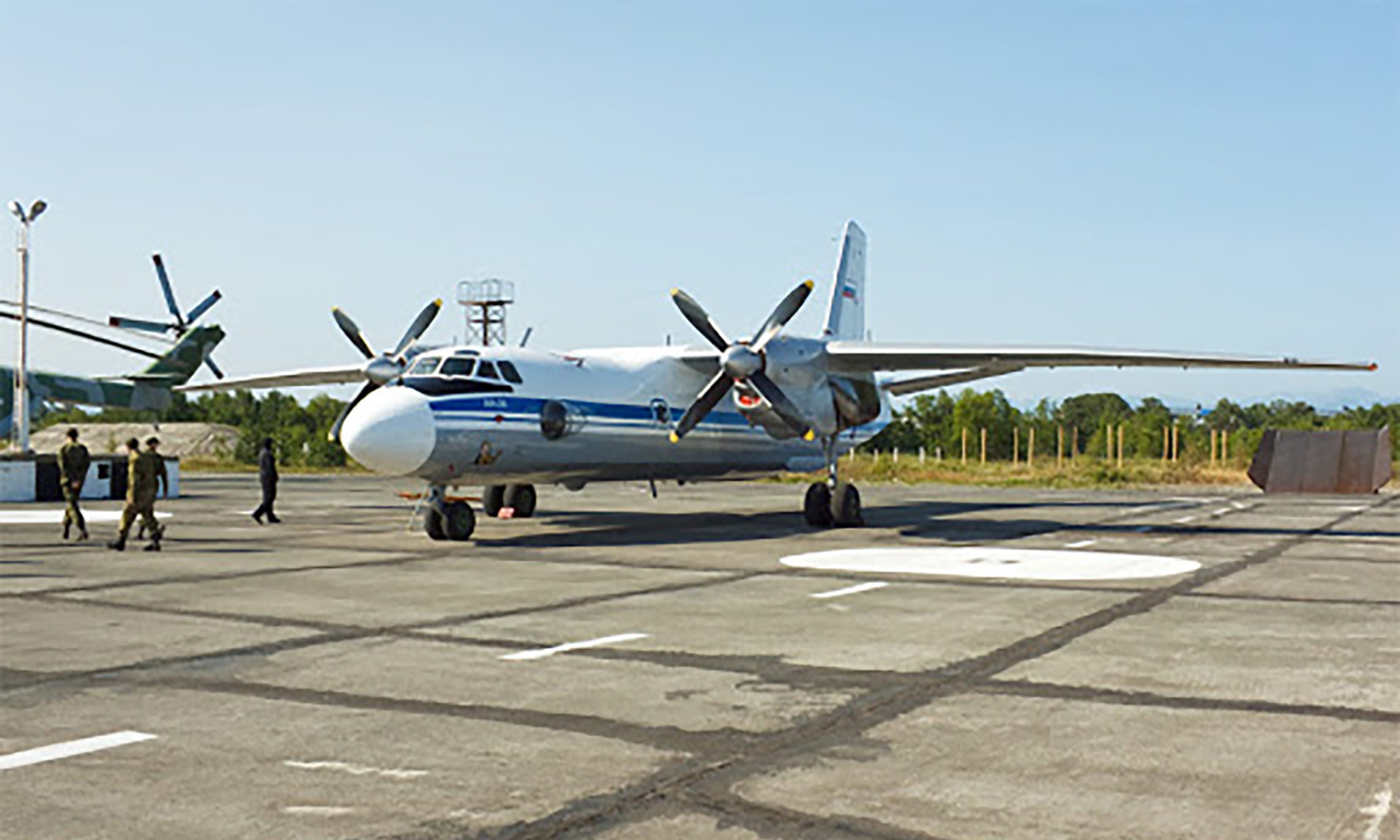 A month later an An-26 hit the ground while coming into land near the town of Chuguyev in the east of Ukraine, killing 22 of the 28 people on board.

The last major air accident in Russia took place in May 2019, when a Sukhoi Superjet belonging to the flag carrier airline Aeroflot crash-landed and caught fire on the runway of a Moscow airport, killing 41 people.

In February 2018, a Saratov Airlines An-148 aircraft crashed near Moscow shortly after take-off, killing all 71 people on board.

An investigation later concluded that the accident was caused by human error.

In August 2019, a Ural Airlines flight carrying more than 230 people made a miracle landing in a Moscow corn field after a flock of birds were sucked into the engines shortly after take-off.

In February 2020, a Utair Boeing 737 carrying 100 people crash-landed on its belly in northern Russia after its landing system malfunctioned. All of the flight's passengers and its crew survived.

Flying in Russia can also be dangerous in the vast country's isolated regions with difficult weather conditions such as the Arctic and the Far East. 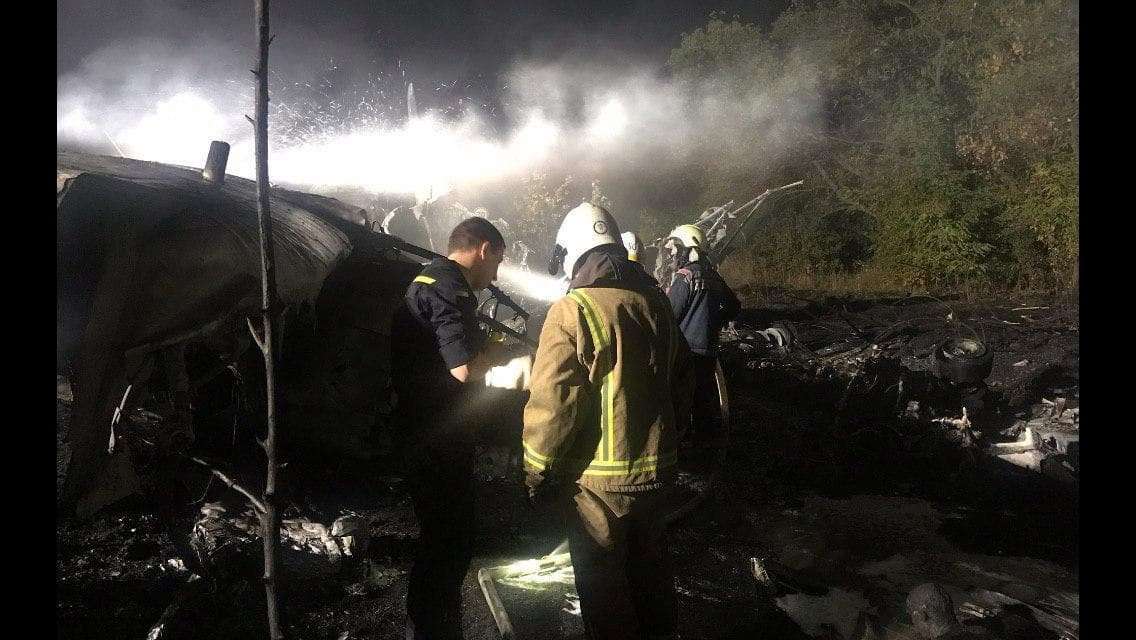