RUSSIAN troops have been pictured punching it out during brutal trials to earn a much-prized special forces beret.

Members of the Volga Federal District's National Guard went toe-to-toe during bloody slugfests in the Republic of Tatarstan. 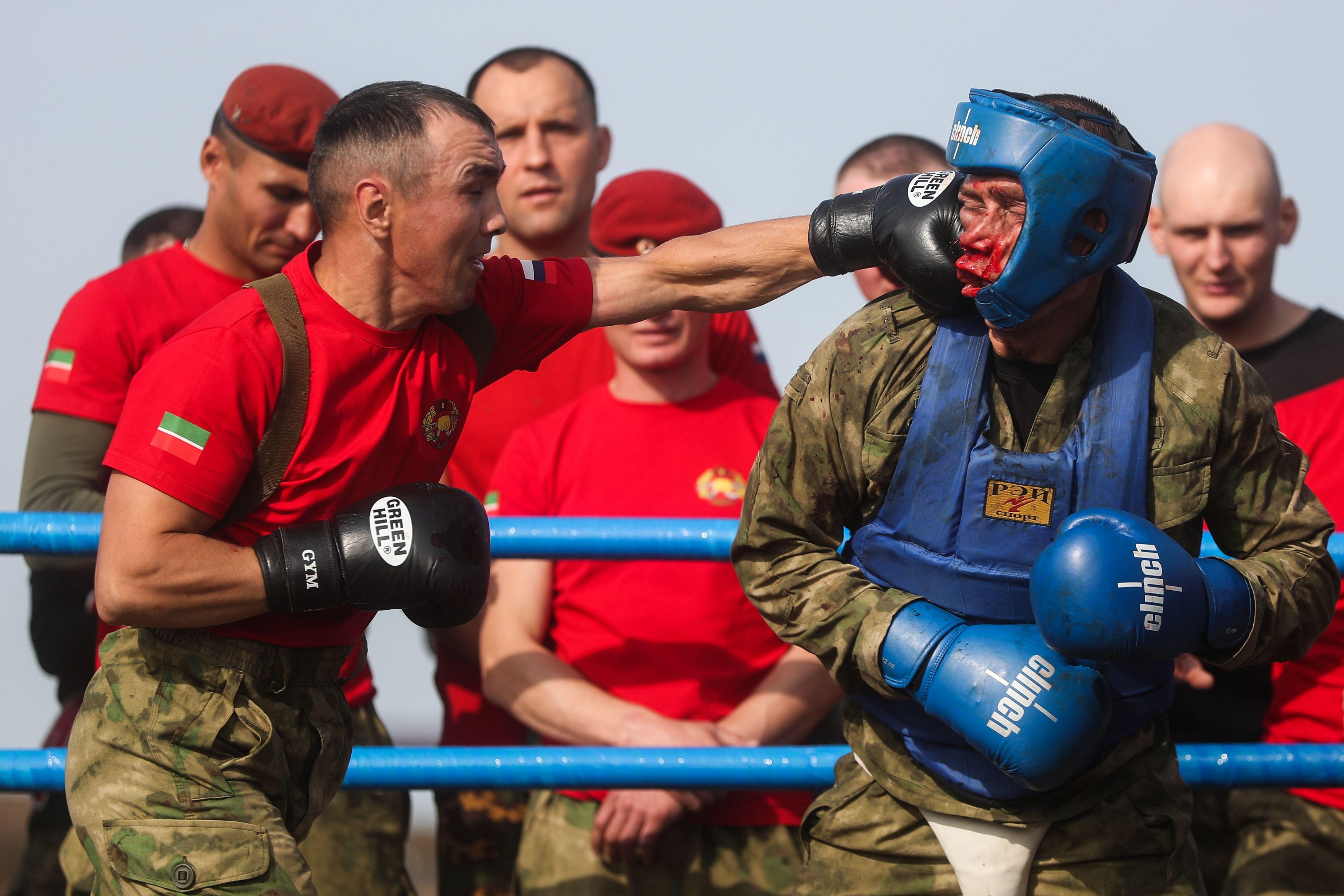 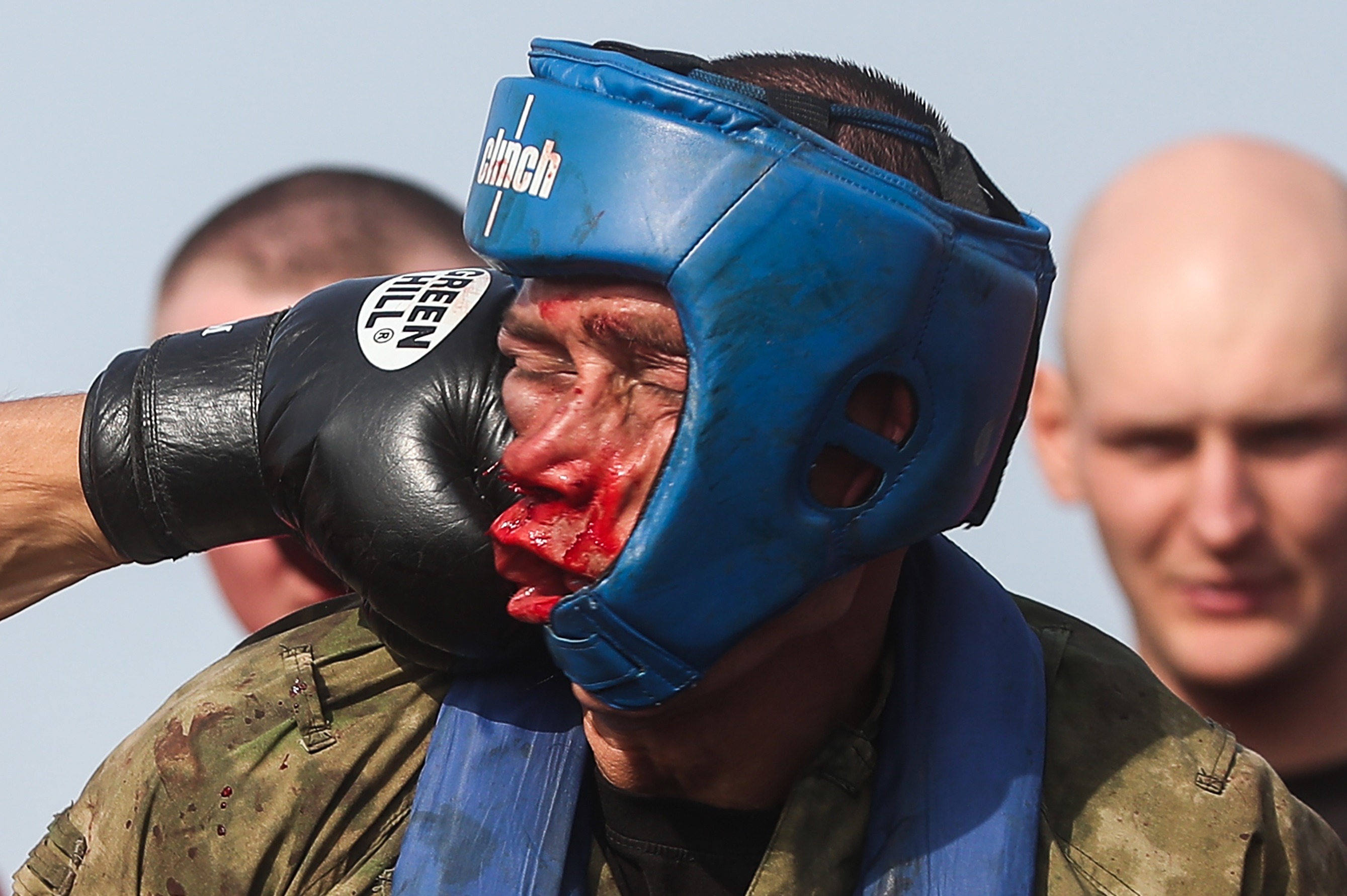 Startling photos of the no-holds-barred contests show soldiers battering the living daylights out of each other in sessions dubbed '12 minutes of hell'.

In one shocking image, a blood-covered squaddie is seen reeling as he is smashed in the face with a straight left.

The unit gathered at the Bars training ground as part of qualification tests to earn a maroon beret known as the 'krapoviy'. 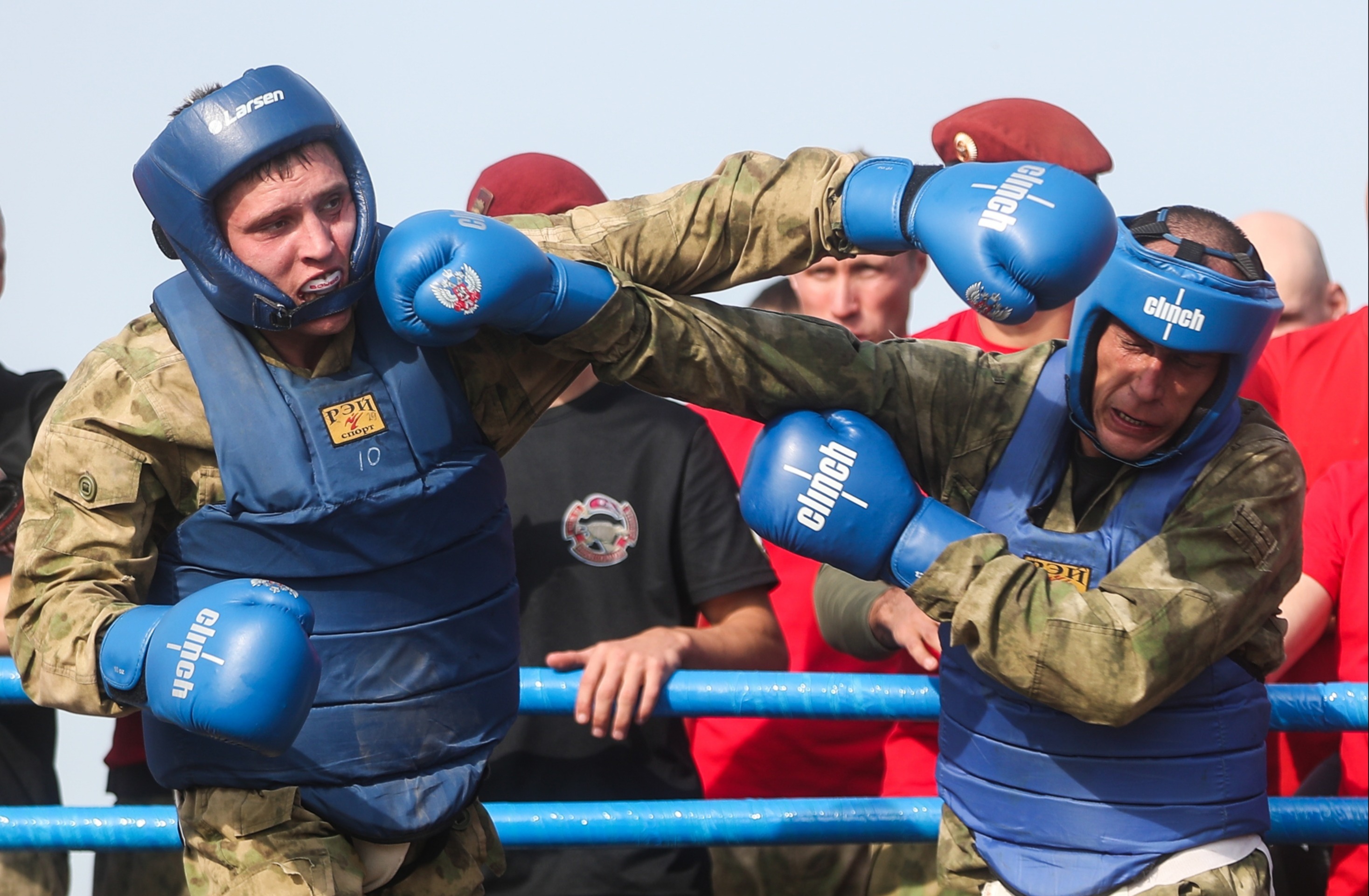 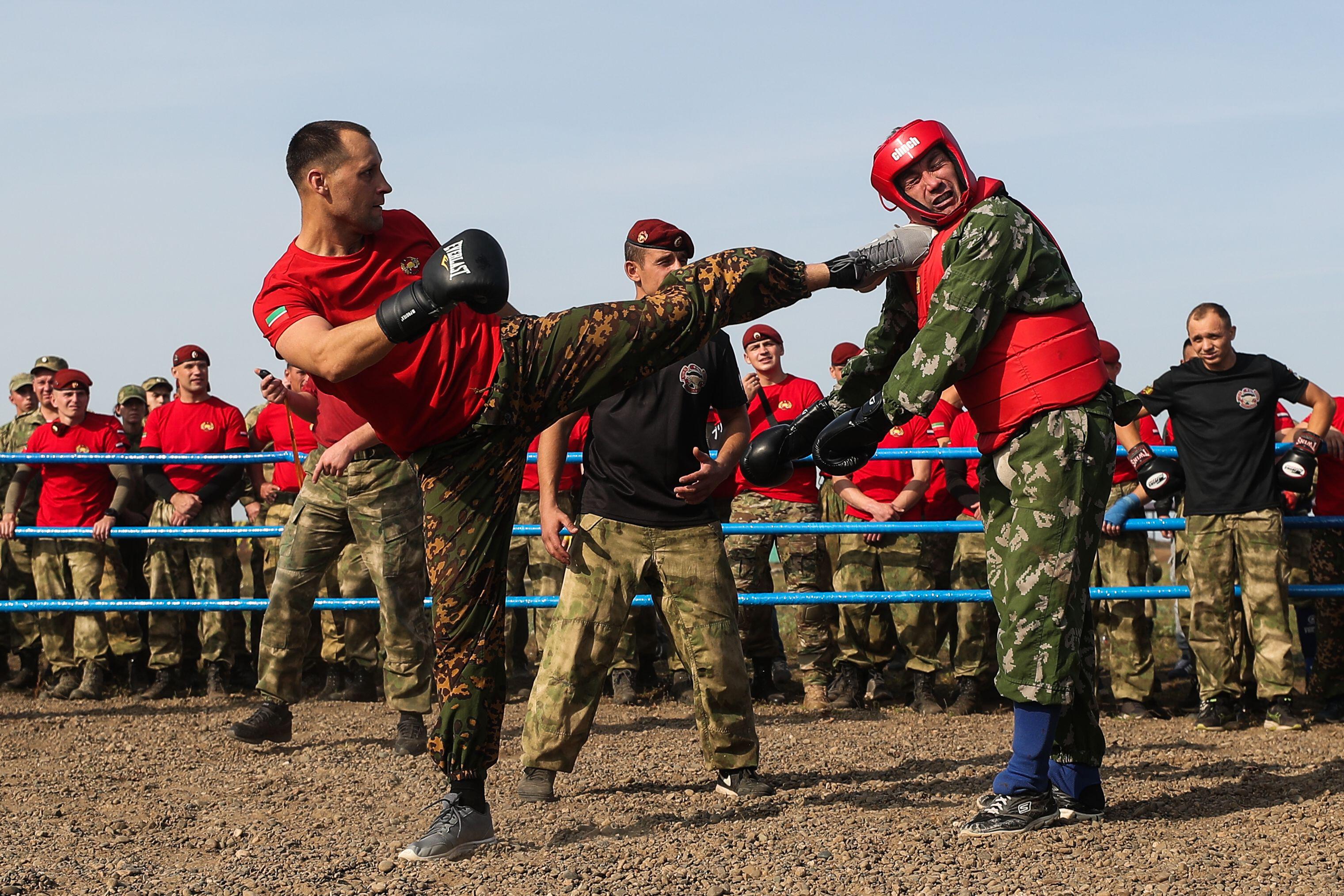 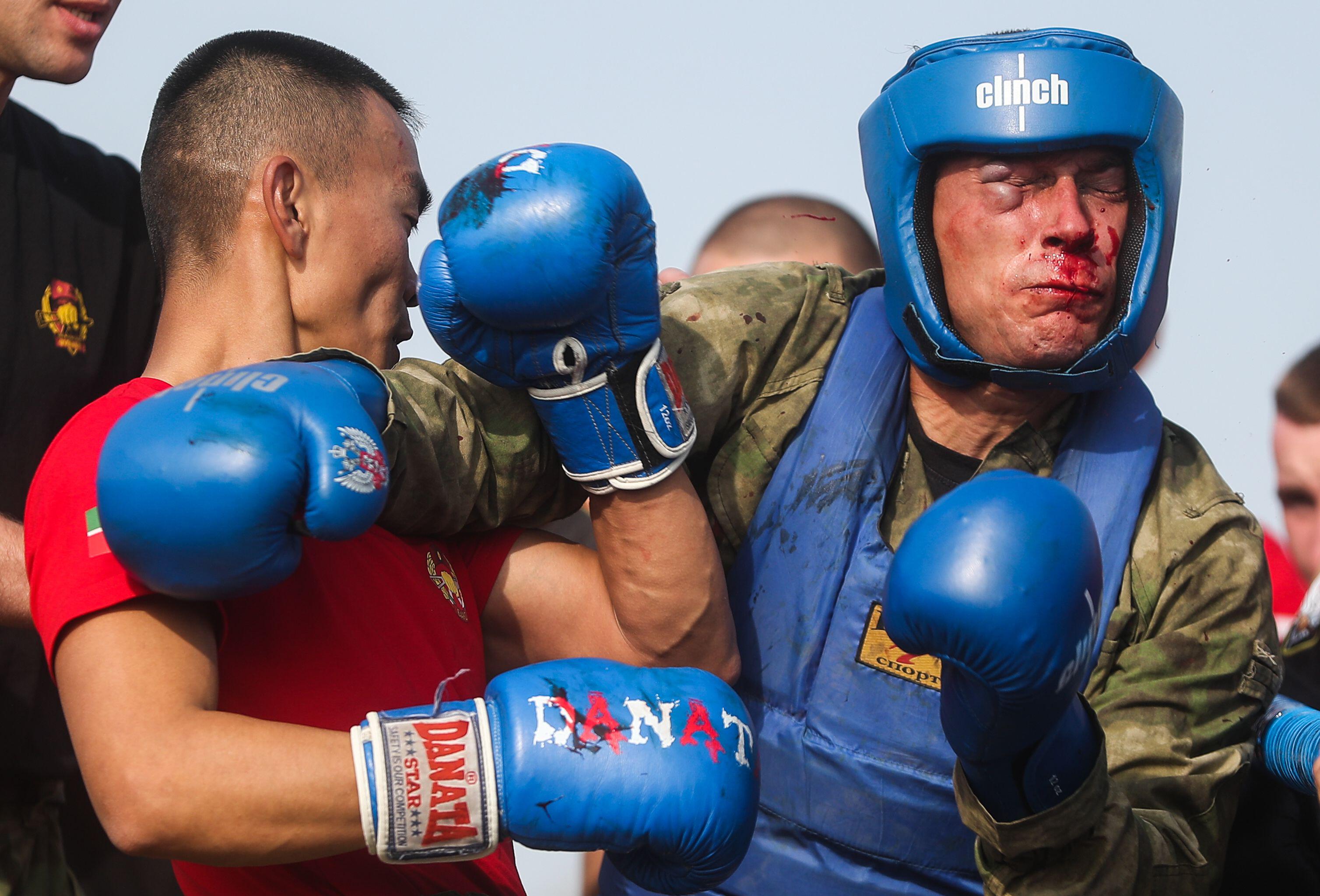 It can only be worn by elite members of the Ministry of Internal Affairs (MVD) Spetsnaz units.

The annual tests were set up by Sergei Lysyuk, a former commander with the elite Vityaz special forces unit of the MVD.

He told Russia Beyond: "It all started when I read the book 'Alpha Team' by Miklós Szabó, a former US special forces soldier.

"There, the right to wear the green beret was earned by a gruelling test, with blood and sweat.

"The book made a very strong impression on me and led me to think of establishing a test for my division." 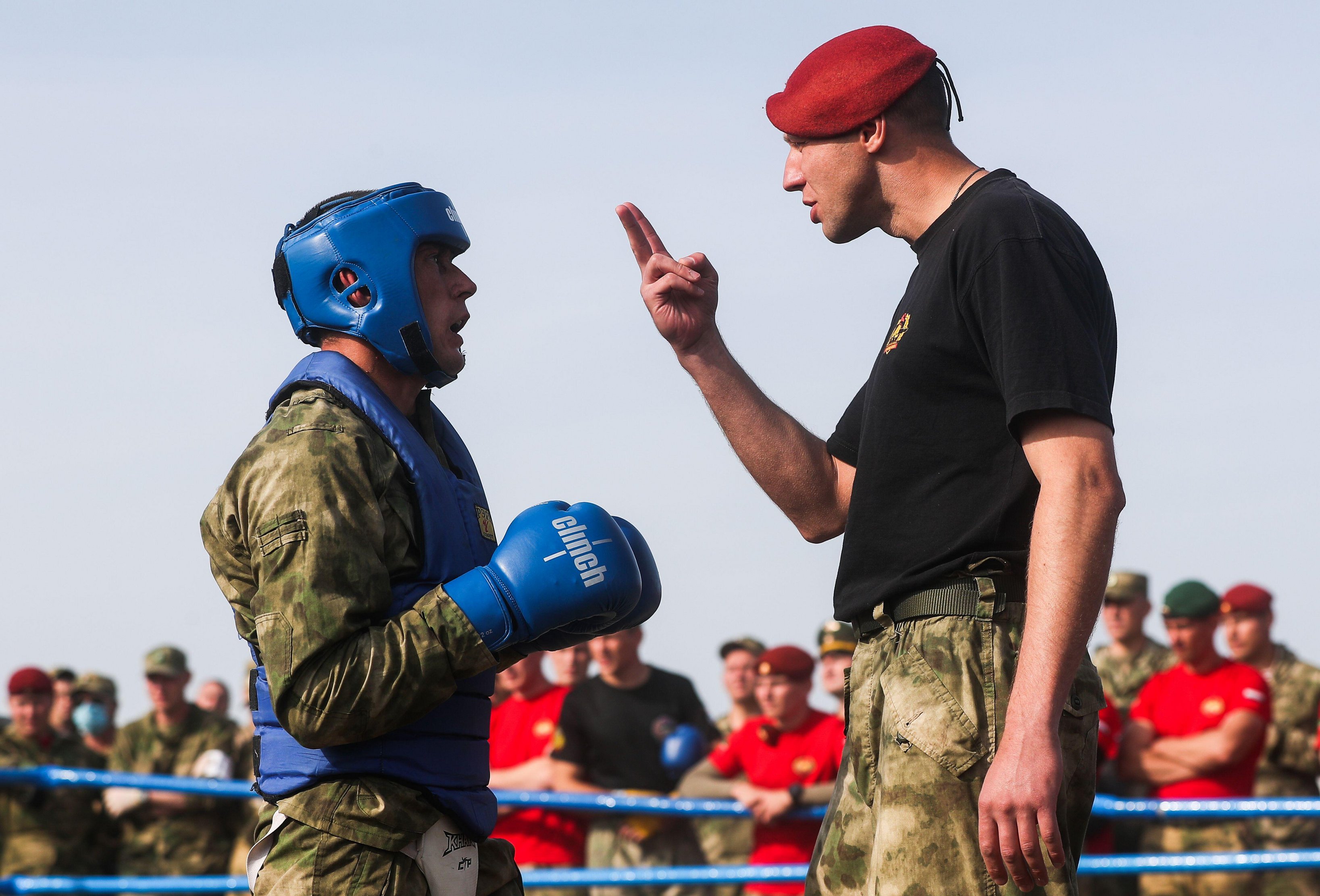 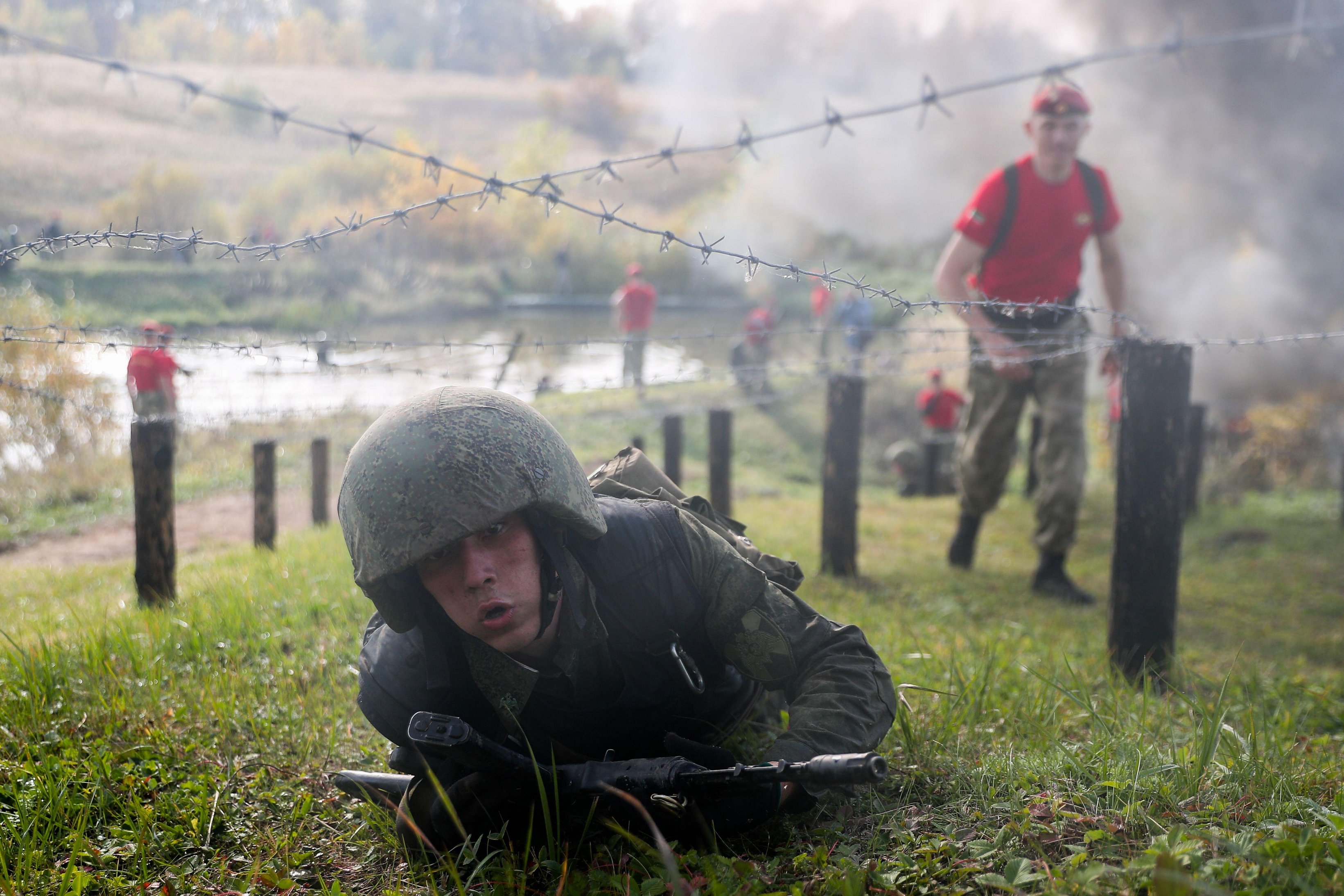 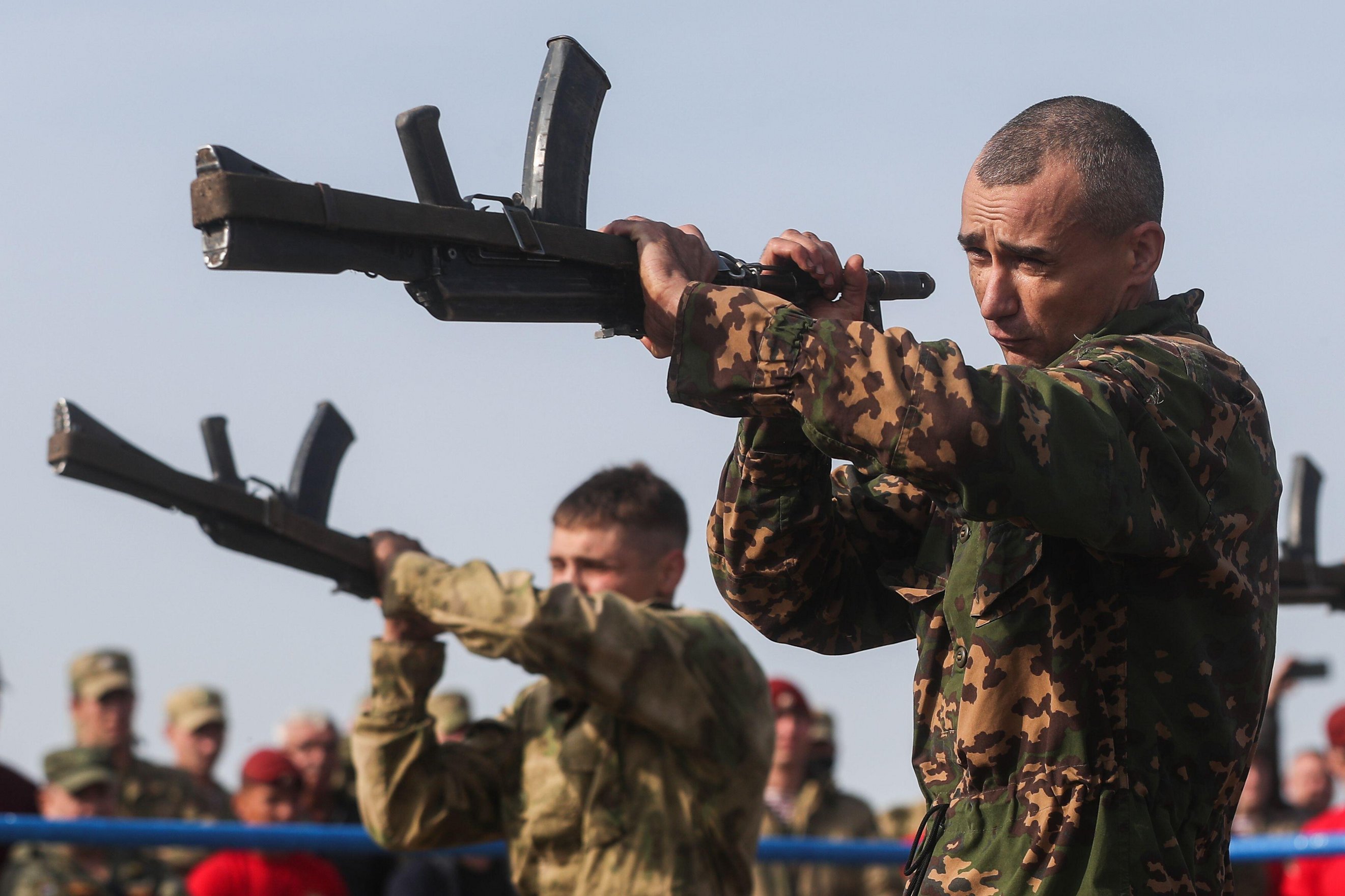 He added he set up his own tests "for the right to wear a crimson beret that was not simply a hat…but a symbol of a highly-qualified Spetsnaz commando."

The no-nonsense training programme has been used in all Spetsnaz units of the Interior Ministry troops since since 1993.

Those taking part must endure three stages -each aimed at pushing competitors to the limit.

First is a a physical fitness test, then a weapons and ammunition test and then the feared '12 minutes of hell' combat sessions.

The brutal fights are split into four periods of hand-to-hand combat with a crimson beret opponent.

The physical fitness stage involves a five-mile run through rugged terrain while being bombarded with smoke grenades.

During the weapons tests, troops must show their skills using an RPG-7 anti-tank grenade launcher, AK74s, sniper rifles and pistols. 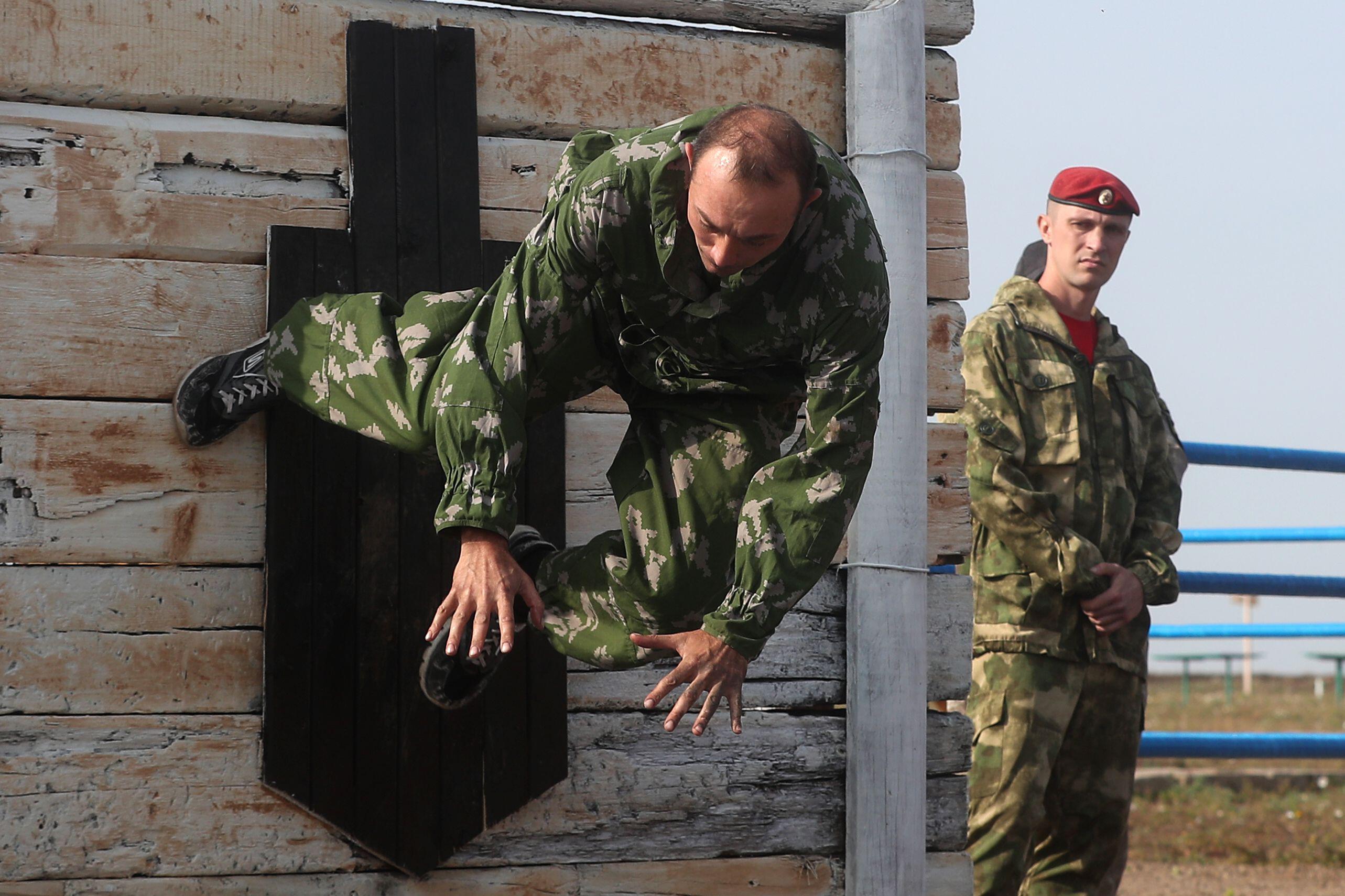 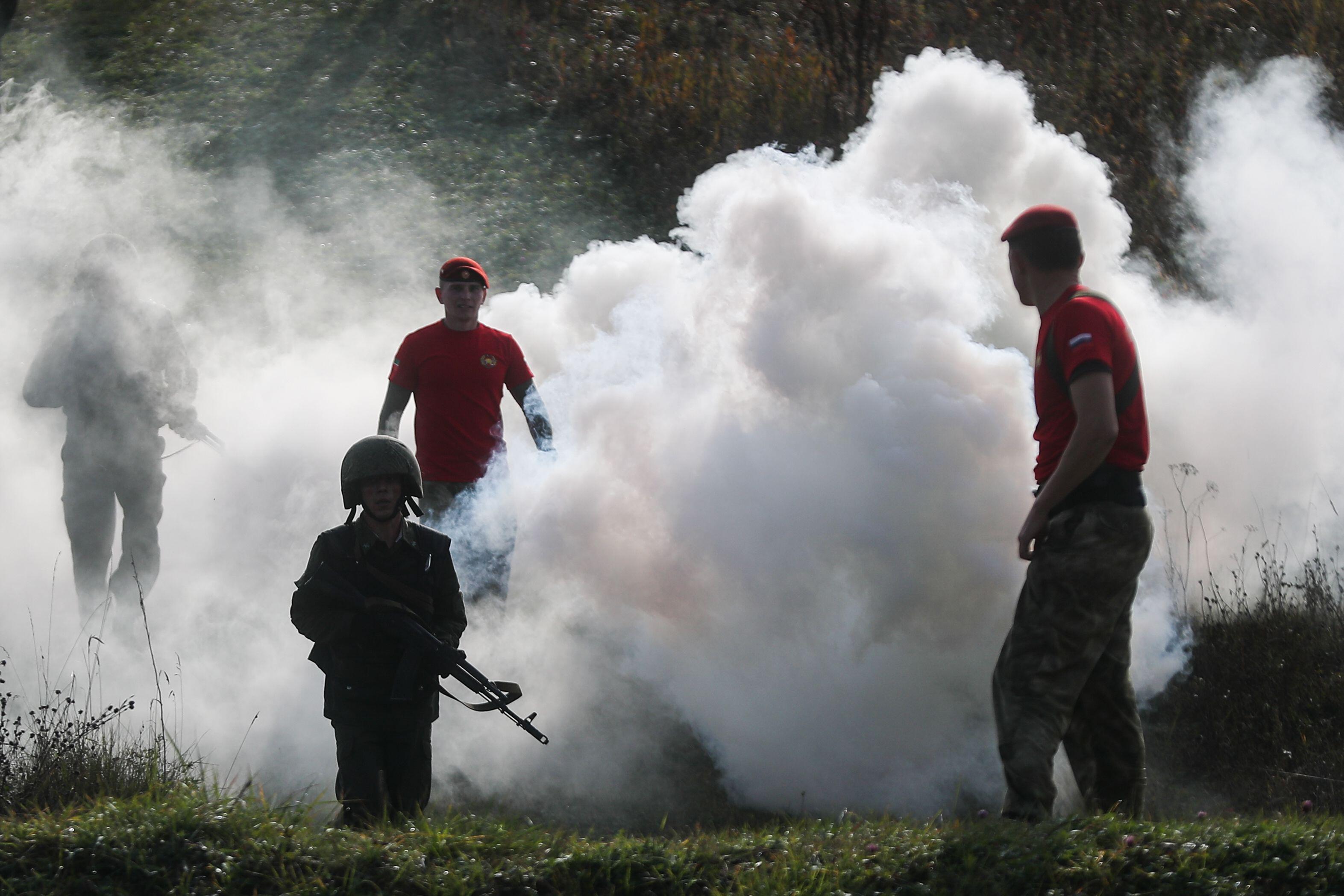