This is the moment a safari park visitor trying to feed a huge antelope through a car window got more than he bargained for.

Robert Popple thought it would be fun to stop and offer the creature a few snacks during a tour of West Midlands Safari Park.

However, the 25-year-old was shocked when the antelope forced its head inside the car, grabbed the entire box of food, and made off.

The support worker, from Leeds, had been visiting the park with his girlfriend, Billie-Jayne Poyser, yesterday.

Ms Poyser, 21, was filming as they encountered the ravenous and very cheeky Ellipsen Waterbuck. 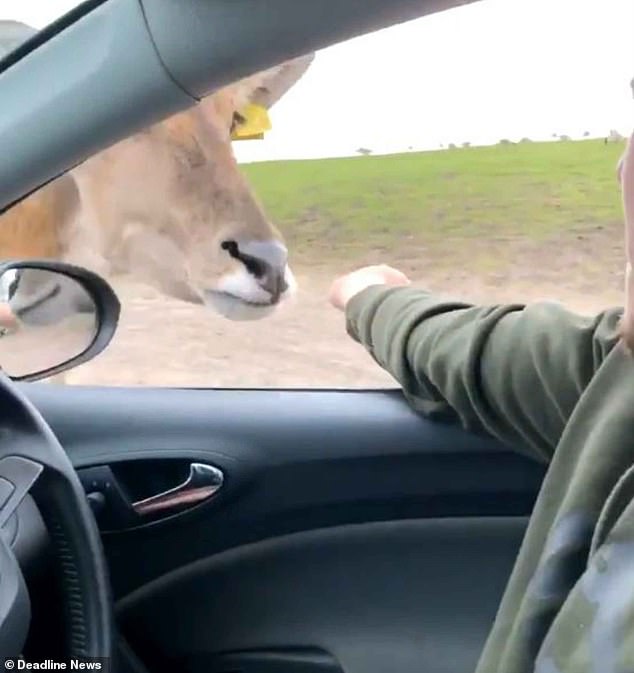 Robert Popple, from Leeds, decides to give a huge antelope some snacks – from the palm of his hand – in West Midlands Safari Park 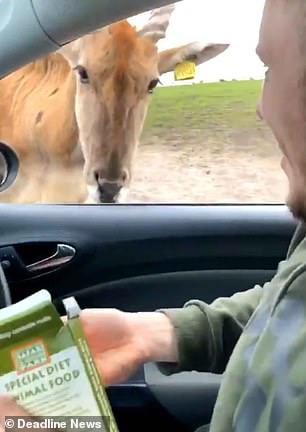 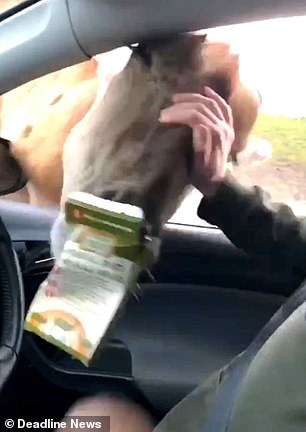 The enormous Ellipsen Waterbuck is not interested in little snacks – and spots the entire box of food in the support worker’s hand. The ravenous beast sticks its head inside the car and grabs the box, leaving Mr Popple shocked 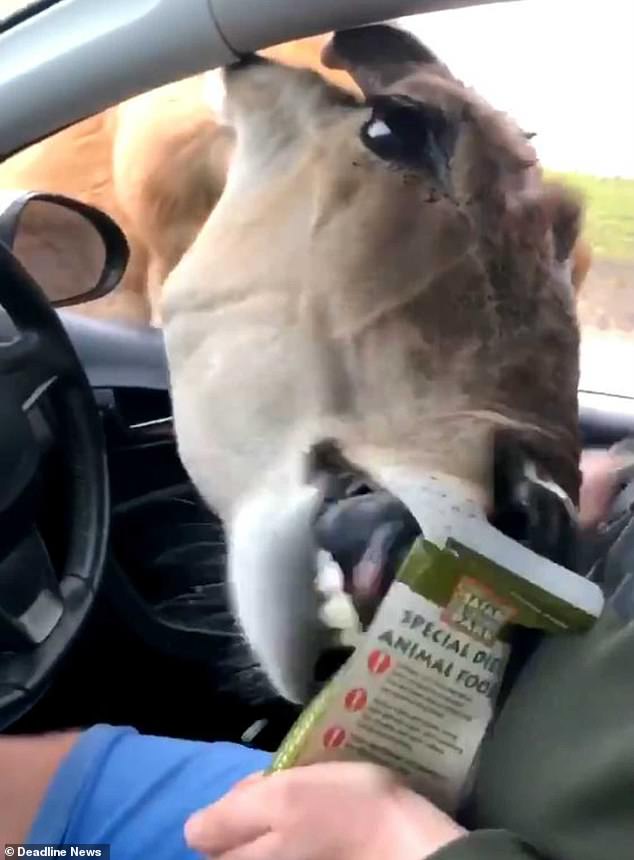 Mr Popple’s partner, Billie-Jayne Poyser, giggles as she records the footage, while her boyfriend exclaims, ‘He were biting!’

Her boyfriend opens the window and puts his hand out to feed the animal.

Mr Popple can then be heard saying, ‘Oh he’s a big lad, isn’t he?’ as the antelope scoffs the feed from the palm of his hand.

It then makes a grunting noise and decides to stick its head inside.

While giggling in the background, Ms Poyser manages to get a fantastic shot of the beast going for the box, as her partner appears helpless.

Mr Popple eventually manages to push the animal away to which his girlfriend screams ‘Rob!’ and he quickly closes the window. He then says: ‘Idiot’ as Billie is still in hysterics.

Mr Popple says: ‘He were biting’ before taking a deep breath out in relief. 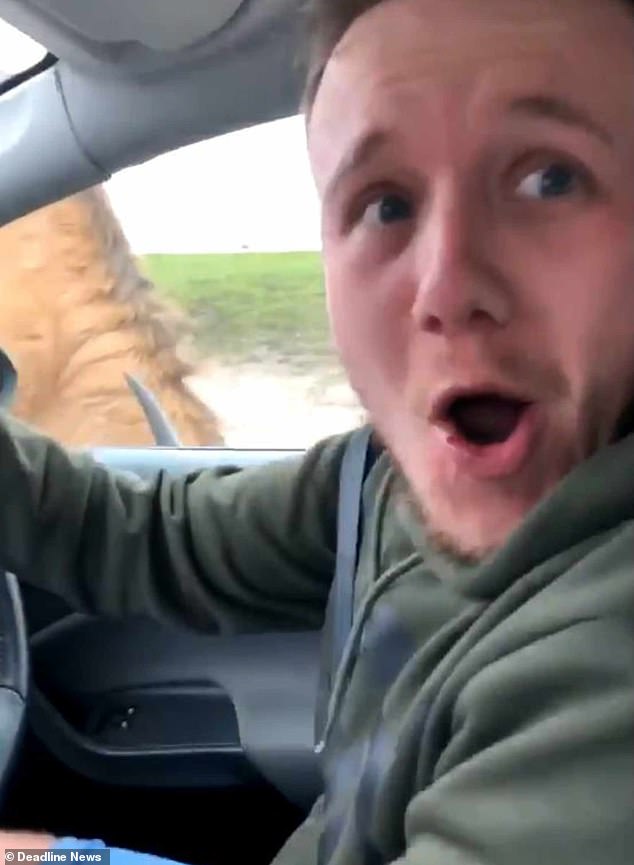 Mr Popple (pictured), 25, and Ms Poyser, 21, also have a few more videos of them being scared while trying to feed the giraffes, he said

There were also multiple comments from Twitter users who loved the video.

Haarisa Akram said: ‘I don’t want to go to the safari park anymore.’ Whilst tagging friends, Toya Windle said: ‘Just feel like you’s all need to see this.’

With friend Emily Gunning replying: ‘Hahahaha those f****** horns, yeah I think it is!’

Tagging a friend, Emma Humphreys commented: ‘This was literally you.’

Recalling the incident, Mr Popple said: ‘I thought it was going to bite me. We’ve actually got a few more videos of us being scared trying to feed the giraffes as well.

‘We thought it was a mixture between a cow, antelope and a goat, the goat for the type of noise that it makes.

‘All my mates are loving in the group chats.’