The award winning novelist Salman Rushdie has been attacked in New York.

Witnesses said he was stabbed on stage just as he was about to give a speech at the Chautauqua Institution.

While the attacker’s motive remains unclear at this stage, the author has been a target for Islamists ever since he released the novel The Satanic Verses.

Lauded by critics, the 1998 book, which was partly influenced by the life of Mohammed, was attacked by authoritarian Muslims leaders, most notably the Iranian ayatollah.

In 1999, Ruhollah Khomeini ordered his followers to kill Rushdie, a pronouncement which meant he required 24/7 police protection.

He spent years in hiding after the order was made and police have uncovered several plots on his life.

While no longer officially backed by the Iranian government, the country’s supreme leader has never withdrawn the fatwa.

A witness at the scene said the attacker had been detained.

Video footage taken inside the auditorium captured chaotic scenes as people rushed on to the stage to help Mr Rushdie.

Pictures showed him being given CPR by members of the audience.

The 75-year-old was born in India and moved to Britain as a schoolboy and went on to become one of the most respected writers of his era, winning the Booker Prize in 1981. 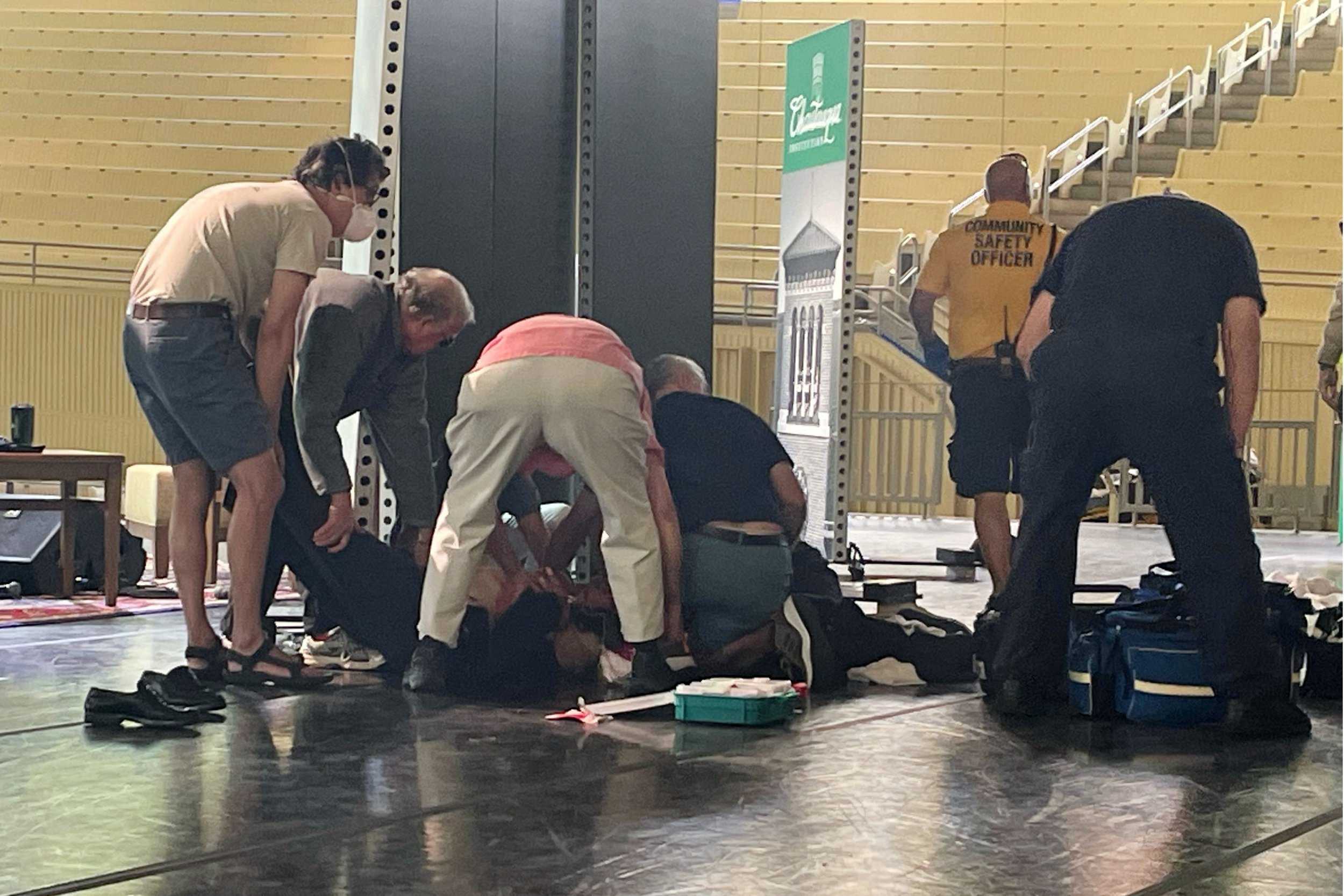