In the mid-to-late 1980s, actor and comedian Sandra Bernhard and pop sensation Madonna struck up a friendship that seemed unbreakable — until it wasn’t.

The best pals went from headline-grabbing hijinks, including an unforgettable side-by-side and dressed-alike appearance on “Late Night With David Letterman,” to simply fading away from their shared spotlight. The friendship was over, and little was said about it.

However, Bernhard is now opening up about what happened to the pair.

In a conversation on Jess Rothschild’s “Hot Takes & Deep Dives” podcast, Bernhard, 66, looked back on the old days and at why their bond eventually broke.

“It was definitely her idea to wear the matching outfits,” Bernhard said when Rothschild asked about that 1988 Letterman visit, an appearance for which Bernhard was booked alone.

“I’m sure that my publicist, whoever booked me at the time, said that Madonna would be coming,” she added. “But … there was no definition to it. Of course, I went on first, so I was on for at least seven or eight minutes before she came on.”

That was Madonna’s first time on Letterman's late-night show, which resulted in playfully antagonizing banter (and a bit of flirtation) between the besties. Rothschild dubbed it a “truly iconic” television moment.

“Our whole friendship was,” Bernhard responded.

However, unlike celebrity friendships of today, without social media and or as many tabloids to fill, their antics weren't captured in photos often.

“She was on Broadway doing ‘Speed the Plow,’ and I was doing ‘Without You I’m Nothing’ off-Broadway,” the funnywoman recalled. “We were out and about, and it’s just amazing how few pictures there really are of us. Had that been now, it would be like … it would be everywhere and have absolutely no impact whatsoever.”

But things were different then, and they had a huge pop culture impact regardless of how many photos there are to show for it. Their influence was major, yet it required a lot of effort to maintain it, something Bernhard said she wasn't always happy with. 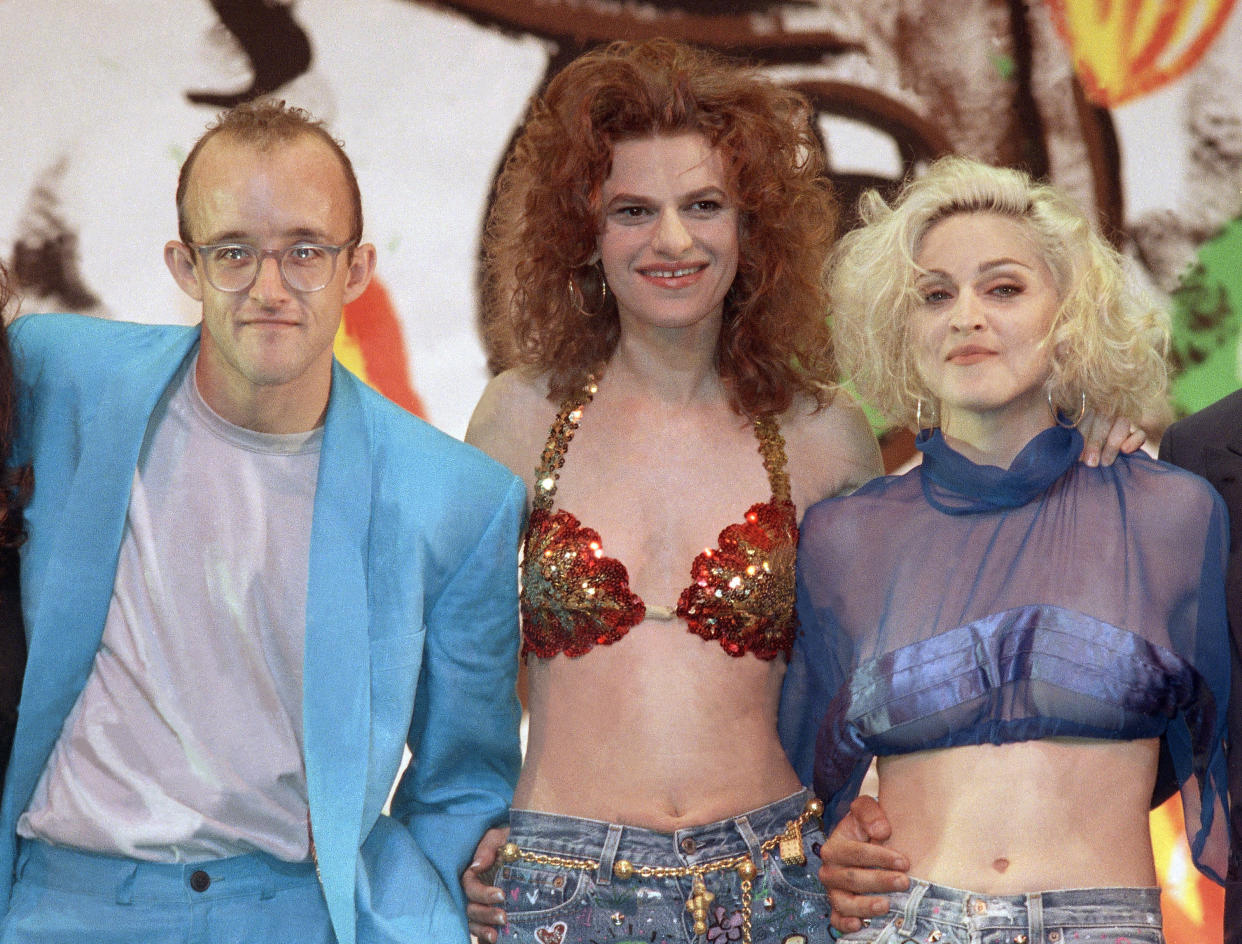 “Certainly, for me, I learned that I didn’t really like that level of visibility and, you know, having to work it constantly,” she said. “We all, as performers, work it to a certain degree, but I’m a very improvisational person, onstage and in my life, and I don’t like being tied down in having to be a certain way for my image. … Therefore, I continued to evolve as a person and a personality."

In the end, their friendship couldn't evolve the same way.

"I think, what I tried to impart in our friendship is, 'I’m really your friend, I’m not just somebody that’s passing through,'" Bernhard recalled. "And I guess for a while we had a real friendship, but it’s hard for somebody like (Madonna). She doesn’t really want somebody around who reflects too much of who she is. Therefore, her relationships just don’t last."

This isn't the first time Bernhard's opened up about her days alongside Madonna. She spoke to The Hollywood Reporter about it back in October, too, and at that time, she mentioned that she really doesn't know much about "Madam X" these days.

"I don’t know how she is now," Bernhard said. "She might be exactly the same. I don’t know. But nobody’s the same because we have children. Life changes you. But at that time, it was the right time for our friendship."