A 26-year-old woman was found beaten to death inside her hotel room in Mexico following a drunken argument with her boyfriend in which he allegedly threatened to jump off a fourth-story balcony.

The lifeless body of Sativa Transue, 26, was discovered by a maid inside the All Ritmo Resort in Cancun on November 27, hours after she and her partner of three years, Taylor Allen, 31, had been involved in a fierce row. 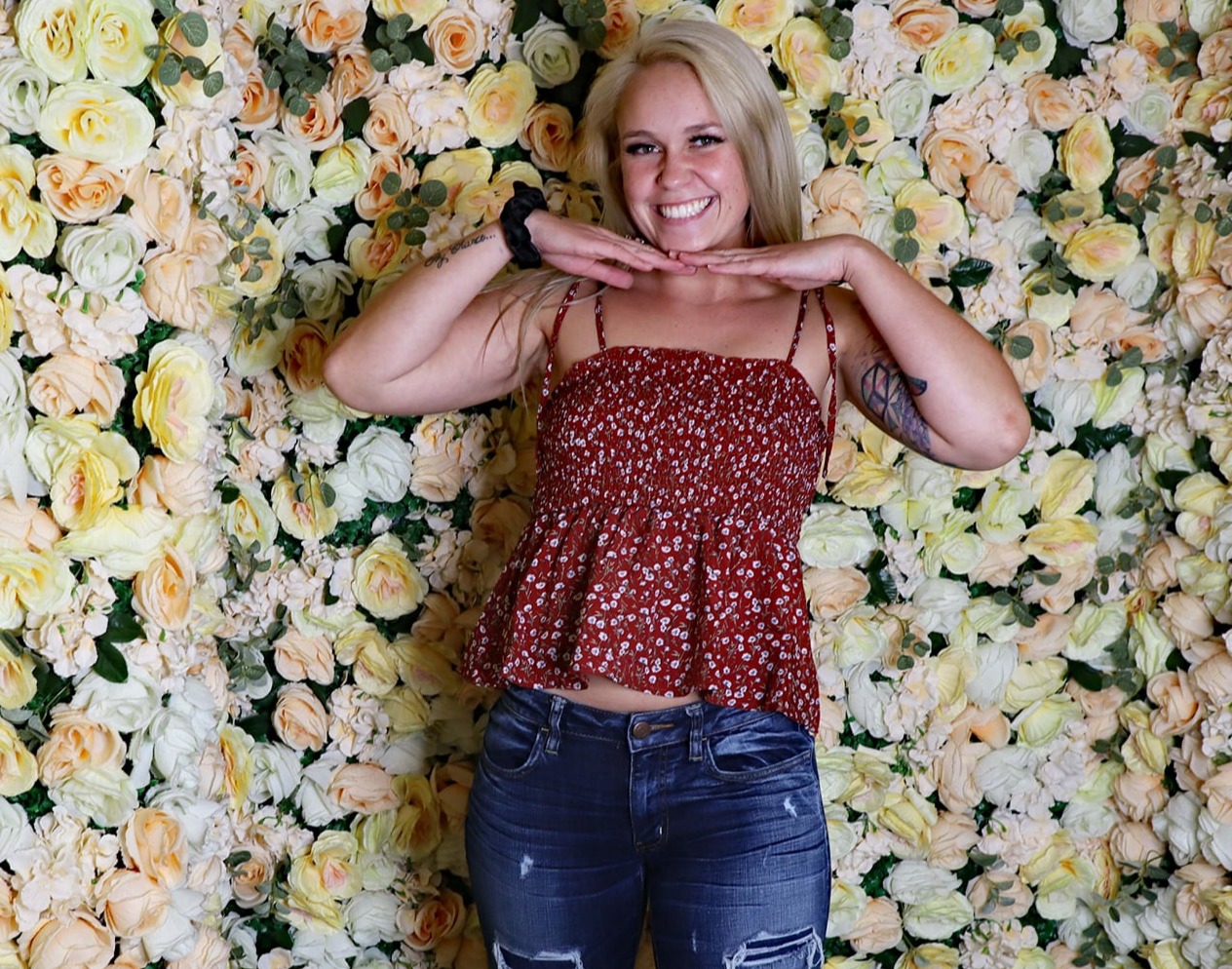 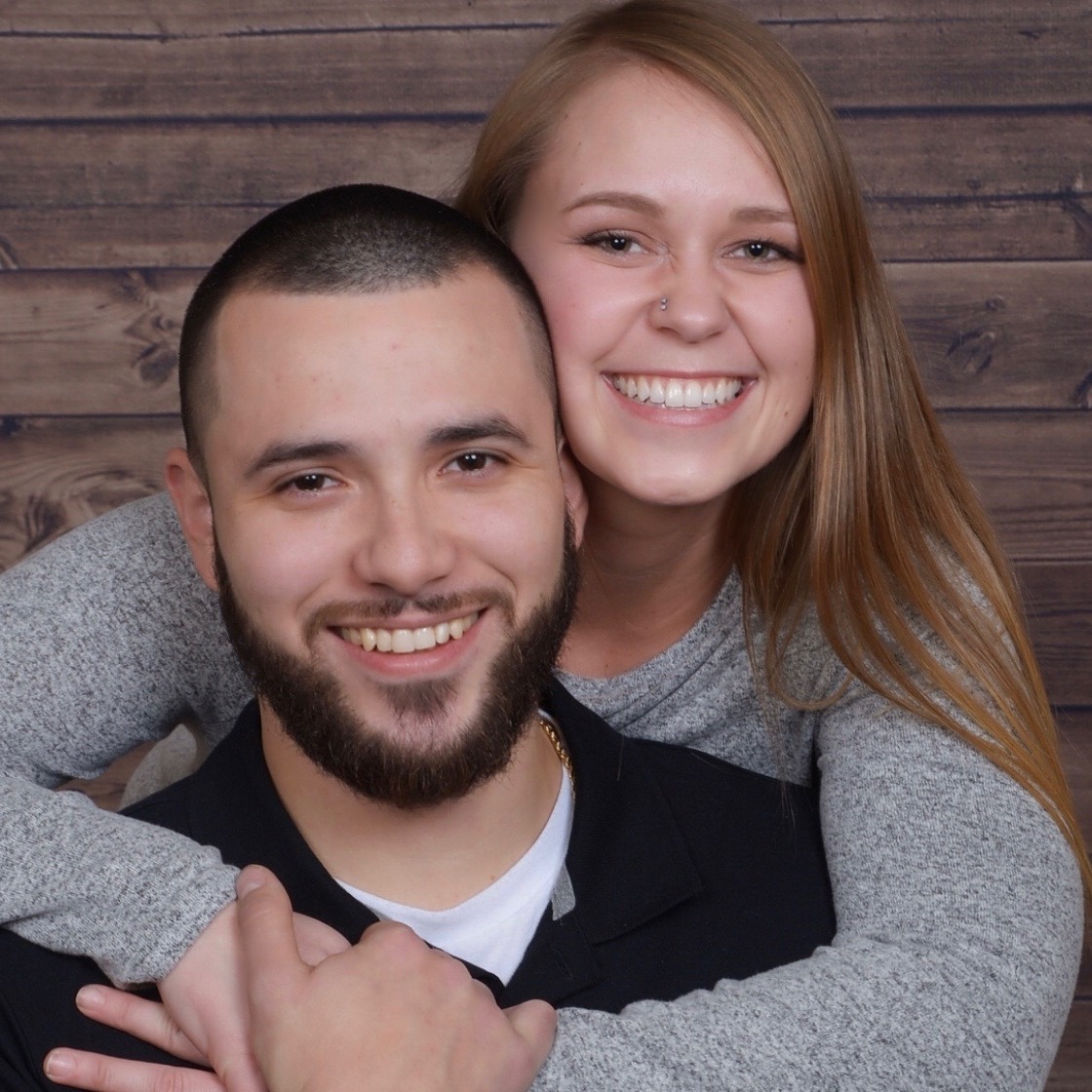 Investigators determined that she had been beaten to death the night before.

Allen was taken into custody the same day and is currently being held on murder charges. Police in Cancun tweeted an image of him at a police station still wearing a hotel robe on November 29.

The day before her body was found, Sativa had reportedly texted her friends back home in Spokane, Washington at around 1pm on Nov. 26, telling them she and Allen had already consumed "seven shots and two Pina Coladas."

Hours later, she sent the same friends a flurry of messages saying she had got into a fight with Allen and needed stitches.

Her friends grew increasingly concerned when she stopped responding to their messages and they attempted to find out what had happened between the pair, prompting them to call the police.

Their worst fears were confirmed on Saturday morning when Sativa’s mother, Jayme Bolieu, received a call from the Mexican consulate that her daughter had been found dead.

'BEATEN TO A BLOODY PULP'

Jayme told The Daily Beast that Sativa looked as though she'd been "beaten to a bloody pulp" when she was found by Mexican police on Saturday.

"How could my beautiful healthy daughter be gone? In another country? It took my breath away," she said of receiving the tragic news.

"A part of me died. She was my baby. I had her at 16. We grew up together. She was my life, my reason for living, my best friend.”

The devastated mother says she is still trying to piece together what may have happened between her daughter and Allen, adding that she'd previously told her the "trip was okay, but not the best, because they were fighting."

Her 21-year-old sister Mykayla told the outlet that she had woken up in the early hours of Saturday morning to a series of frantic texts from Sativa's friends saying they were worried about her wellbeing.

“Apparently, [Sativa’s boyfriend] was threatening to jump off a four-story balcony,” on Friday, Jayme said. “Sativa was injured and had to have stitches.”

Mykayla told KOMO that other residents at the hotel "heard screams in the middle of the night and they said nothing."

According to both Jayme and Mykayla, Sativa had endured a troubled relationship with Allen for some time before her death.

"He was very emotionally abusive," Jayme alleged. "He checked her phone, and we couldn’t text her because it went to her computer and he would check that."

Sativa also reportedly previously told her friends that Allen turned into a different person when he drank, comparing his drunken alter-ego to a violent "beast."

"He would drink so much that she [Sativa] called it like a different personality," Mykayla said. "She would call it [his] ‘Beast.'"

Court records show that Allen was previously arrested for assault in the fourth degree in 2012. The circumstances and outcome of that case are currently unclear.

She said she pleaded with her daughter to break up with him and move back home but she didn't.

Jayme said she hopes her daughter's tragic fate will inspire others to get out of problematic or violent relationships.

“Just get out of the relationship," she told KIRO. "If anything, Sativa would want this to help people.”

Sativa's great aunt, meanwhile, has traveled from Washington to Mexico to serve as the family's advocate, with Jayme telling the Beast that she couldn't bear to go through the process herself.

“My aunt is down there now and has seen the pictures and said she looked like she was beaten to death,” Jayme said.

The family says they're still reeling from the news of Sativa's murder but are determined to obtain justice for her.

In a gut-wrenching post on Facebook on Friday, Mykayla wrote: "We know last we heard her boyfriend is in jail in Mexico, and I hope he gets what he deserves.

"We know that we want justice for our sweet Sativa, and we are taking the steps to get answers.

"[But] It’s so amazing to look at all the sweet posts on her page, she was so so loved. I’ve never heard a negative word about her. She’ll never be forgotten."

The family has launched a GoFundMe page in an effort to get Sativa's body back to the United States where they hope to conduct a second autopsy.

“We want justice and we want her home," Mykayla told KOMO. "She was such a kind person, I cannot see anyone ever thinking to do that to her.

"She was kind to everyone, she was definitely a light in all of our lives. She was just the best person I ever met."

In a second post on Wednesday, Mykayla wrote that while the pain of losing her older sibling "will never get easier", she believes Sativa would've wanted her story to be shared far and wide – "even if it just helps [to] save one girl."

"I will never stop being her voice," she wrote. "Taylor Allen has been charged with Femicide and is now in Mexican prison awaiting a hearing for his sentence.

"His lawyer is having my sister’s body and belongings held for 3 more days. We can’t even bring my sister home to give her peace.

"I will never understand why this happened to my sister, but I’m beyond amazed at the outpour of love we’ve received for her. And I’m glad we’re on track to getting my sister the justice she deserves."

The family will hold a celebration of life for Sativa in Spokane on December 11.

In a statement, the State Department confirmed the news of Sativa's death and extended their thoughts to her family.

"We can confirm the death of a U.S. citizen, Sativa Transue, in Mexico. We offer our sincerest condolences to the family on their loss," the statement read.

"The safety and welfare of U.S. citizens overseas is the highest priority of the Department of State. We are closely monitoring local authorities’ investigation into the cause of death and are providing the family all appropriate consular assistance.”

If you or anyone you know is suffering from domestic violence, please reach out to The Domestic Violence Hotline at 800-799-SAFE (7233). 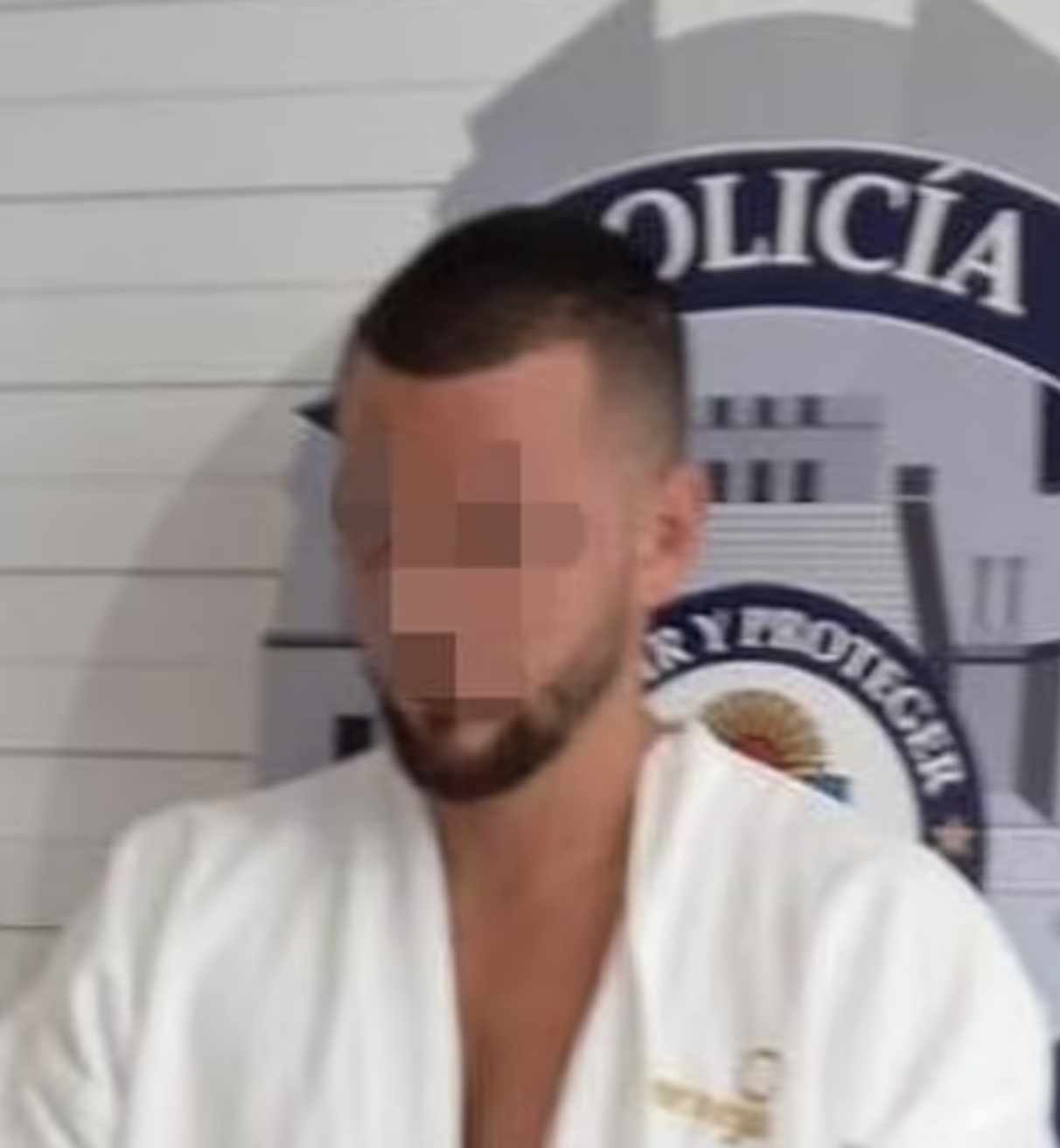 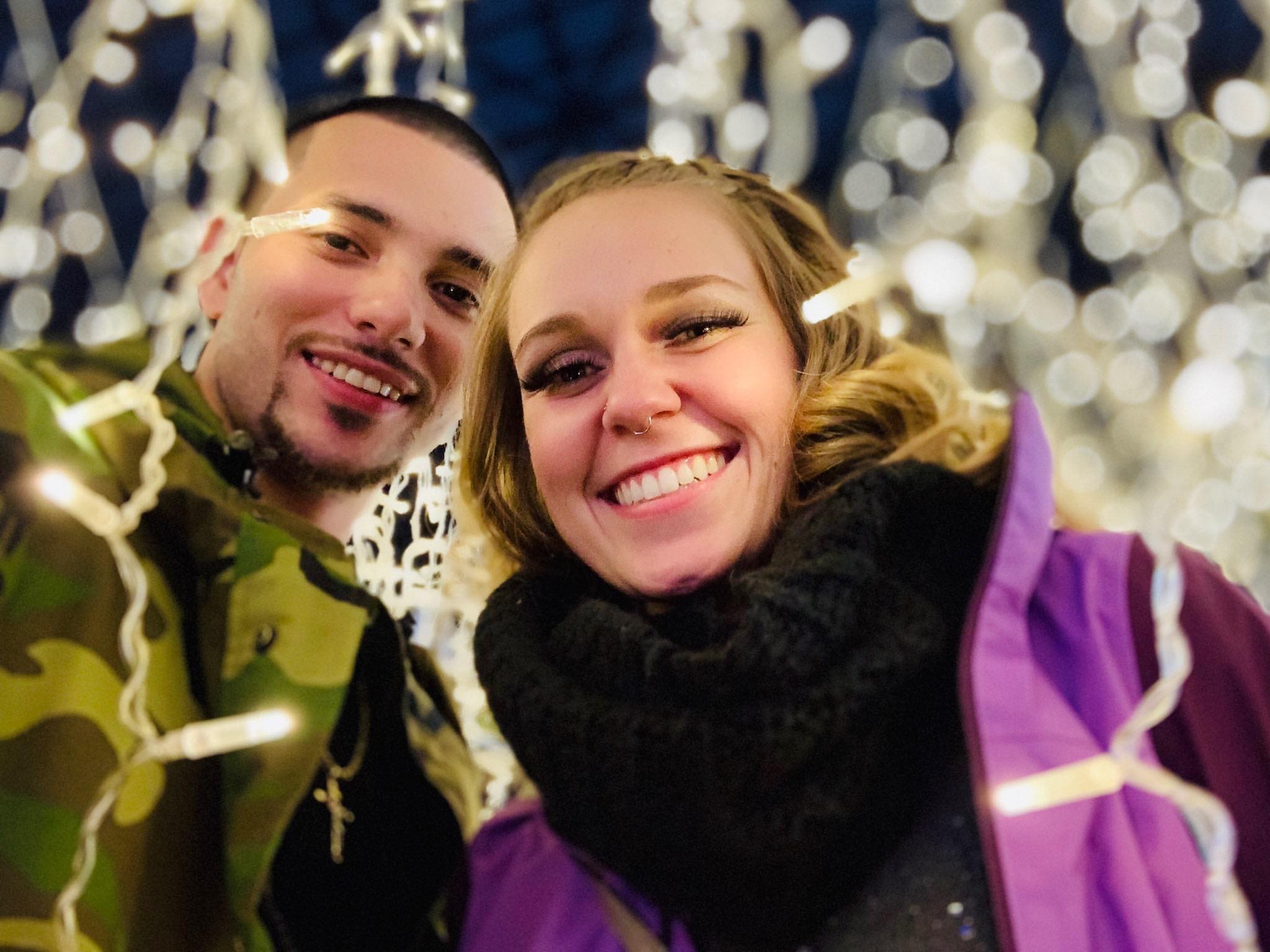 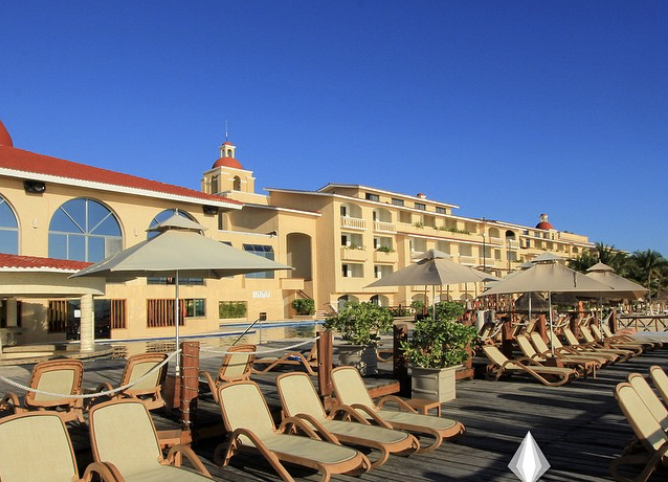