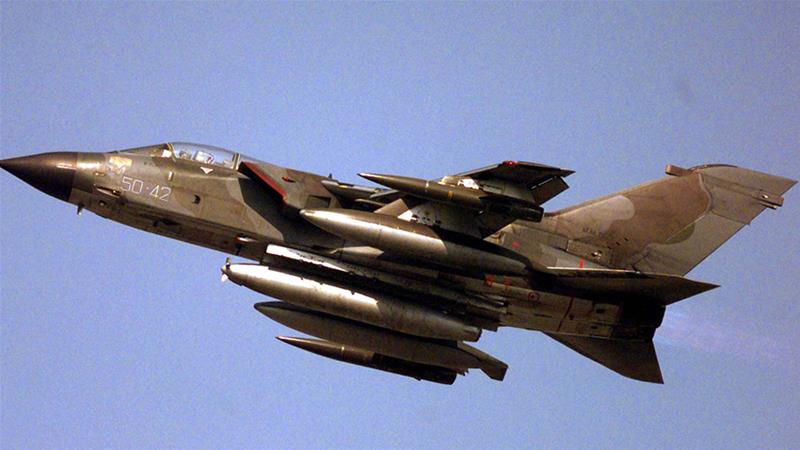 A warplane from the Saudi-led military alliance fighting in Yemen has crashed after suffering a “technical failure”, a coalition statement said.

However, according to rebel-run al-Masirah television, Houthi rebels claimed on Sunday they shot down the plane, a British-made Tornado fighter jet.

The aircraft went down in Saada province. The Saudi-led coalition carried out a special operation to rescue the two pilots, who both survived the crash uninjured.

The incident comes as the General People’s Congress (GPC), the political party of former President Ali Abdullah Saleh, chose its new leader on Sunday after Saleh was killed by his former Houthi allies in early December.

The GPC elected former deputy premier Sadiq Amin Aburas who is seen as a close ally of Saleh.

Aburas, 65, will lead the GPC until its next general assembly, a date for which could not yet be set “because of the current difficulties”, a statement said.

The GPC did not mention the Houthis, the group with which Saleh made a coalition.

Two days before Saleh was killed by the rebels, the overthrown president publicly broke ties with his former allies and expressed his openness for talks with the Saudi-led coalition battling the Houthis since 2015.

Before his death, Saleh was in power for three decades in Yemen. He later joined in a coalition with the Houthis in an attempt to regain control over the impoverished country.

The Houthi rebels, who are believed to be backed by Iran, stormed Yemen’s capital Sanaa in September 2014.

They seized control of the city and much of northern Yemen and eventually forced then President Abd-Rabbu Mansour Hadi, who succeeded Saleh in 2012, to flee to Saudi Arabia.

Riyadh and its allies intervened in neighbouring Yemen in March 2015 in an attempt to push back the Houthis.

The war still raging in Yemen is the worst humanitarian crisis in the world, according to the UN, with at least 10,000 people killed and widespread hunger and disease.