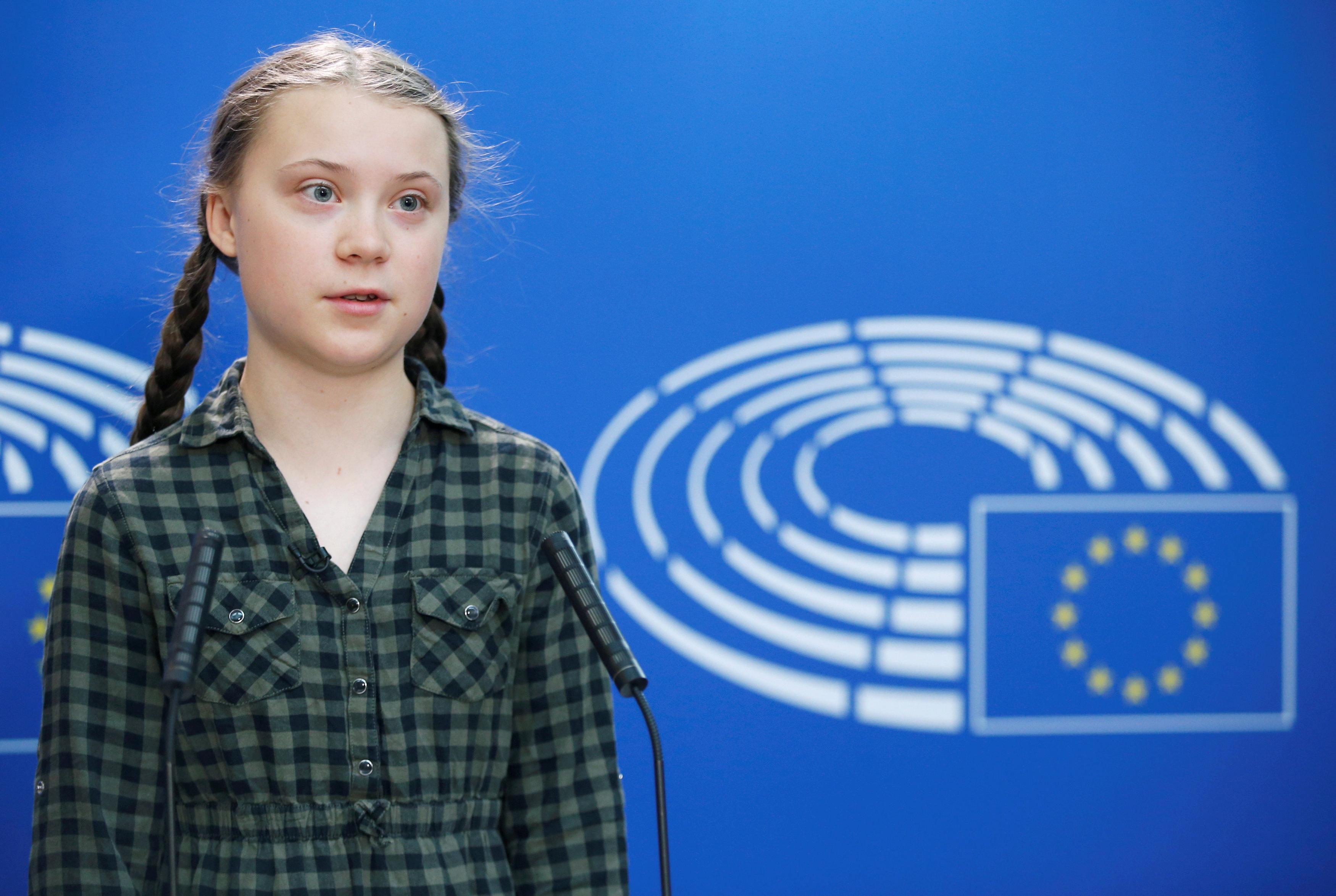 STRASBOURG, France (Reuters) – Swedish teenager Greta Thunberg, who has inspired a movement of children against global warming, urged leaders on Tuesday to act to save the planet in the same way they are pledging to rebuild Notre-Dame after a fire gutted the cathedral.

The 16-year-old shot to prominence after riding her bicycle to parliament last August, taking up a place on the cobblestones in front of Stockholm’s Parliament House with her “school strike for climate” hand-painted sign.

Thousands of students around the world have since copied her and youth organizations have launched strikes involving students in more than 40 countries.

“I want to make you panic, I want you to act as if your house was on fire,” she said. “A lot of politicians have told me that panicking does not do any good. I agree, but when your house is on fire and you want to prevent it from collapsing, it is better to panic a little.”

More than 400 firemen were needed to tame the inferno that consumed the roof and collapsed the spire of the eight-centuries-old cathedral. Donors have since pledged more than 700 million euros for restoration.

“If your house were falling apart, you would no longer fly around the world in business class,” said the high school student, who came to Strasbourg by train from Stockholm. “You would not organize three emergency summits on Brexit and none on climate change.

“Well, our house is falling apart and yet nothing is happening. We’ll have to switch to cathedral mode. I ask you to wake up and do what is necessary,” she said.