Tensions within Austria and the European Union continues as the anti-immigration government sitting in Vienna told Brussels too many illegal migrants are entering its country through the so-called Balkan route. The European Commission was informed of Austria’s decision of keep border checks with a letter signed by the country’s interior minister Herbert Kickl. Mr Kickl, a member of the far-right Freedom Party, argued the arrival of a persistently high number of illegal immigrants represented a “latent threat of terrorism”, and Austria was taking actions to keep its territory safe.

The minister, whose party entered a government coalition with prime minister Sebastian Kurz’s conservative People’s Party in late 2017, said his country was getting increasingly wary about the fact that fighters returning from defeated ISIS strongholds may infiltrate migrant groups and enter Austria’s borders.

Austria started performing controls alongside the border with fellow EU member states Hungary and Slovenia in May 2018.

Despite announcing they would only last for six months, in November last year the Austrian government extended the checks until May 2019, citing “a large number of detentions” as a cause. 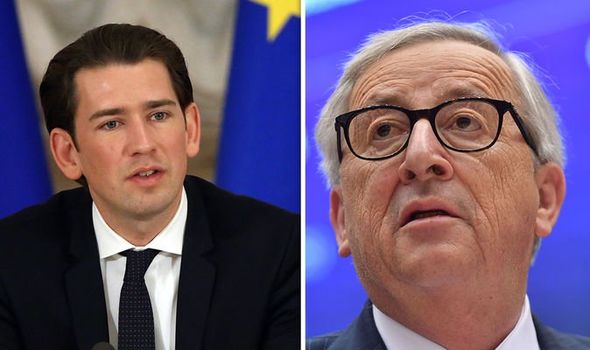 They said: “Due to the large number of detentions of persons or asylum seekers who illegally entered or stayed in the republic, the Austrian Federal government has come to the conclusion that the situation is not stable enough.

“For this reason, Austria has decided to continue internal border controls with Slovenia and Hungary after November 11, 2018.”

Countries within the Schengen Zone should not perform border checks.

But following the increased number of terror attacks on the European soil, a number of EU nations, including France and Sweden, have started performing controls. 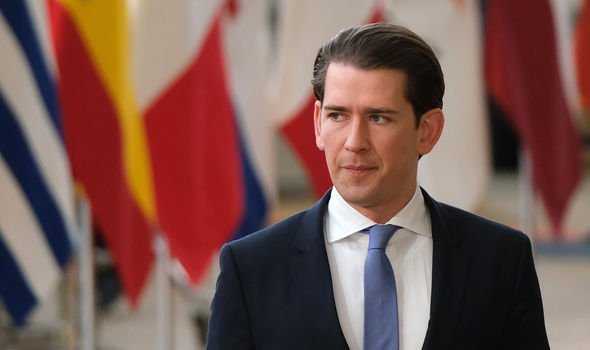 The relations between Austria and the European Union has already been strained by Wien’s decision to slash benefit payments for immigrants’ children still living abroad, implemented at the beginning of 2019.

The EU sent a “letter of formal notice” where Brussels branded unfair the different treatment given to immigrants, mostly from Slovakia and Hungary, who leave their families behind to seek fortune in Austria.

But Austria said the reduction of benefits is “compatible” with EU laws and, actually, maintaining the old system would represent a breaching of Brussels’ regulations.

Slovakia was one of the countries which complained the most about these cuts, saying they discriminate against their nationals.

A similar attempt to cut child benefits had been made in 2017 by Germany, but never implemented after receiving a backlash from Brussels.