THIS is the horrific moment a school girl was whipped by teachers in front of her father – after he REQUESTED the beating because she had been caught drinking alcohol.

The clip, which has been widely circulated online, shows four men carrying what appear to be stick-like objects surrounding the young girl who is kneeling on the floor of the Nigerian Islamic school. 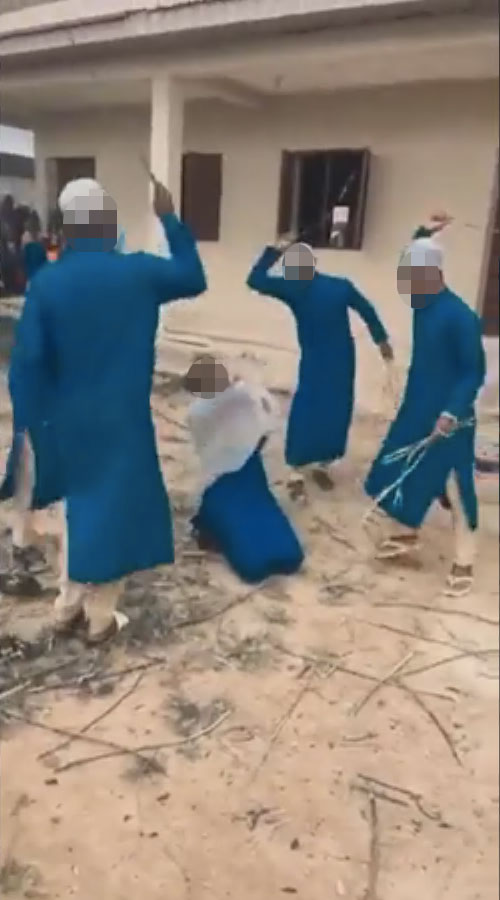 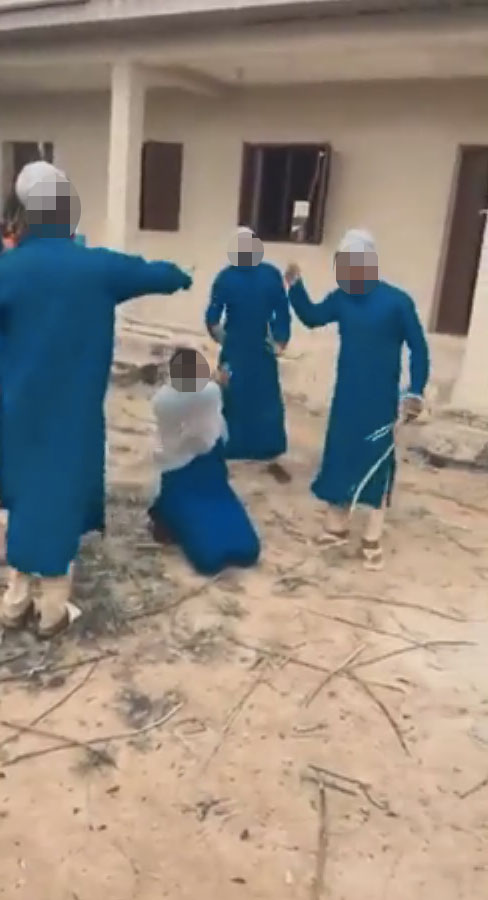 The men proceed to cruelly whip the student while onlooker watch, as she raises her arms in a form of self defence.

The onslaught was so violent, her hijab appears to fall off.

The student's father told BBC Pidgen he had approved the flogging after becoming upset when he saw a video of his daughter allegedly drinking alcohol.

The girl reportedly was caught drinking at a birthday party with three other male and female students, which they have denied.

A second video was shared online which showed a young boy also being beaten in connection to the same incident.

The viral videos have sparked public outrage, with calls for action to be taken against the school.

The local government has since set up a panel to investigate the incident while the affected students have been taken to the hospital for medical attention.

The investigation is reported to be overseen by a panel "comprising of Muslim scholars, leaders and government officials".

In a statement, the local government said: "'Regardless of the explanations of the authorities on the development, the self-confessed consent of the parents and regret of the affected students, the government seriously frowns at the harsh beating seen in the footage."

Local media reports have said the school headteacher in the Kwara state of Nigeria has been suspended.

According to the BBC, the school has defended the punishments, saying they were handed out with parental approval, and were in line with Islamic law. 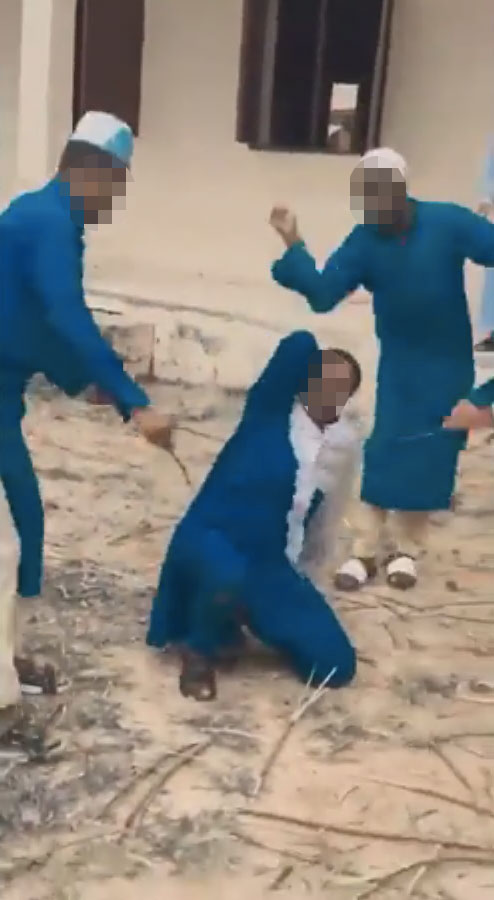 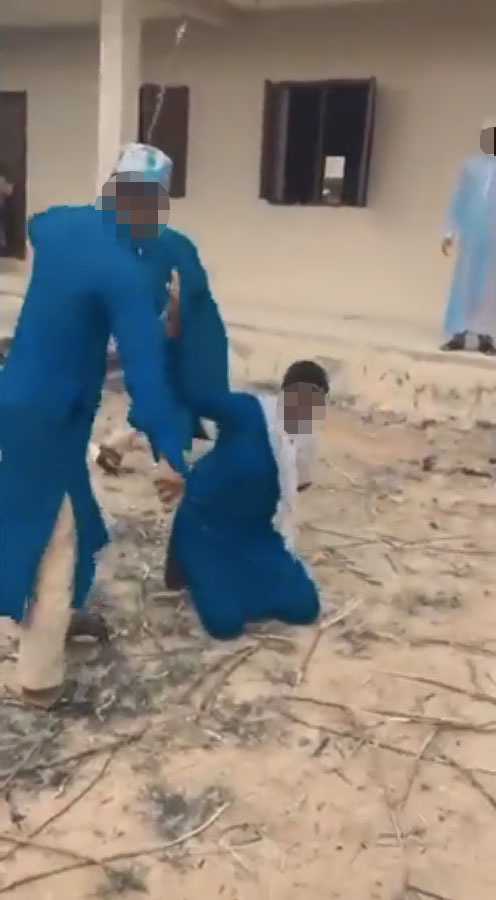