But the UK Government is at odds with the move and has said they can be damaging to kids' learning, and there is no plan to review the evidence for schools in England. 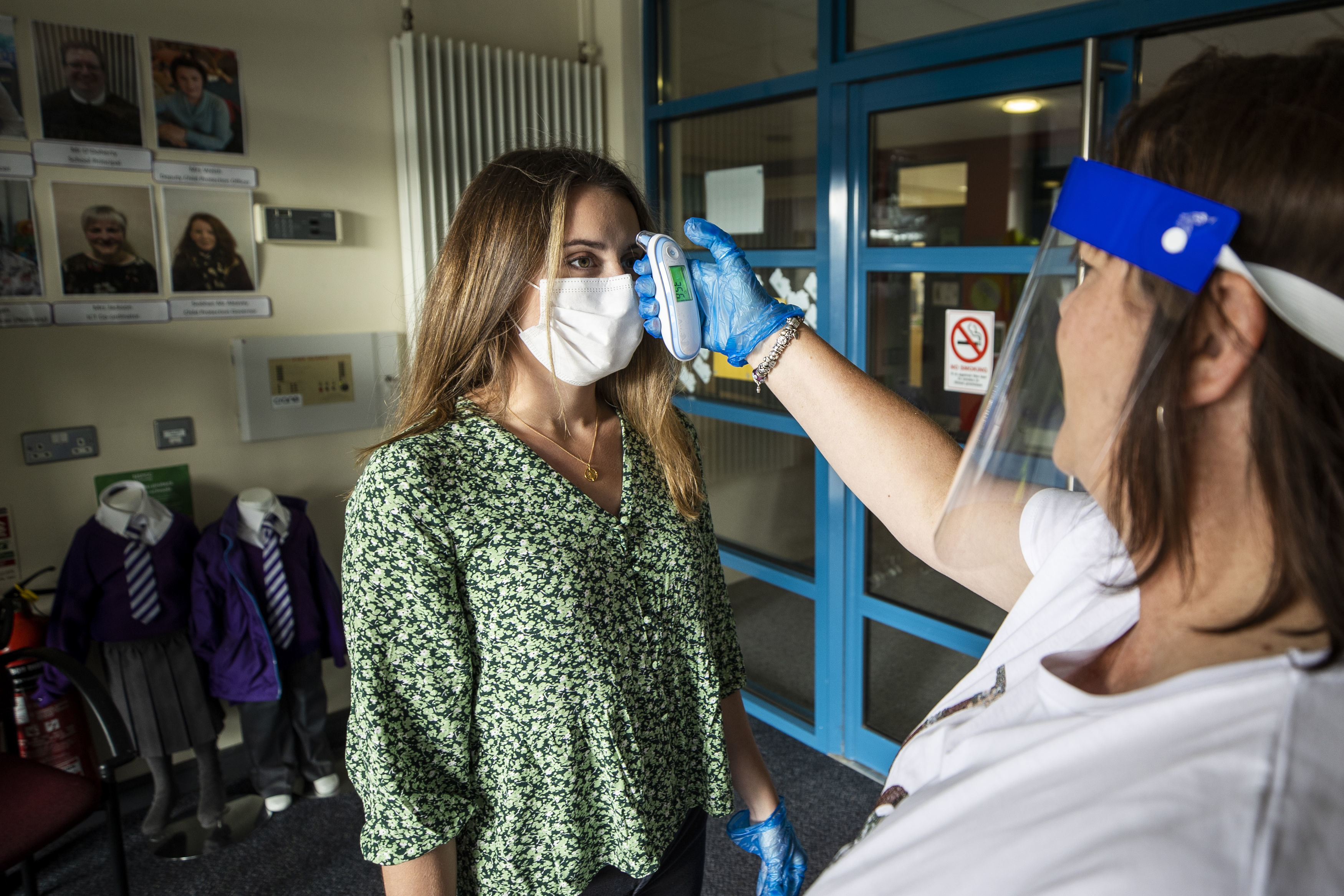 Scots education Secretary John Swinney is consulting with teachers and councils on the possibility of bringing in guidance on face coverings in schools – the first part of the UK to do so.

At the moment kids under the age of 11 don't have to wear them at all across the UK.

But those over 11 have to wear them like adults do in shops and on public transport.

At the moment it's up to individual schools and heads if they want to enforce mask-wearing- with a handful choosing to do so.

Schools in Scotland have been open for around a fortnight – and kids in England will go back from next week.

Ms Sturgeon has said kids can wear them in classrooms if they want to.

But yesterday the World Health Organisation recommended that all kids under 12 wear them when they can't stay apart from others, or when there is widespread transmission in the area.

James Gillespie’s High School in Edinburgh has today made it mandatory for wearing face coverings indoors whilst moving around between classes – and it looks like the Scottish Government could follow suit.

The First Minister today said the consultation with unions and schools was in its "final stages".

Ms Sturgeon told the daily coronavirus briefing: "We're consulting on this specific measure because, firstly, mixing between different groups is more likely in corridors and communal areas – increasing the potential for transmission.

"Secondly, crowding and close contact in these areas is more likely and voices could be raised, resulting in greater potential for creating aerosol transmission.

"Finally, there's also less scope for ventilation in these areas."

There are no plans for mandatory face coverings inside classrooms, however.

The UK government said today that wearing masks in schools could harm kids' education, and said there were no plans to change the current guidance or review it.

A Number 10 spokesman said: "There are no plans to review the guidance on face coverings in schools.

"We are conscious of the fact that it would obstruct communication between teachers and pupils.

"I don't think the WHO guidance refers specifically to whether a child over 12 should wear a mask in school."

"Our guidance says we do not."

Asked whether schools would stay open in the event of a local lockdown, a Number 10 spokesman said it would depend on the situation, saying: "Obviously we would need to look at the local area and it would be done on a case by case basis."