Expert Scrabble players have blasted the game’s owner as ‘virtue signalling’ and ‘woke’ after it banned 400 derogatory terms as playable moves.

Racial slurs including the ‘n-word’, insults against the elderly and homophobic terms were removed from Scrabble’s official online words list following worldwide anti-racism protests in the wake of the death of American George Floyd.

Scrabble’s owner Mattel said it made the change make it more relevant culturally following global unrest last year. It hopes the change will make it more appealing to a young audience.

But Scrabble grandmaster David Webb said the move has been interpreted as ‘virtue signalling’. 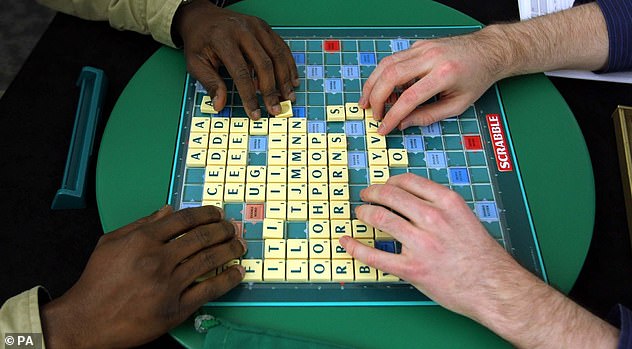 Expert Scrabble players have blasted the game’s owner as ‘virtue signalling’ and ‘woke’ after it banned racial slurs, insults against the elderly and homophobic terms as playable moves (file image) 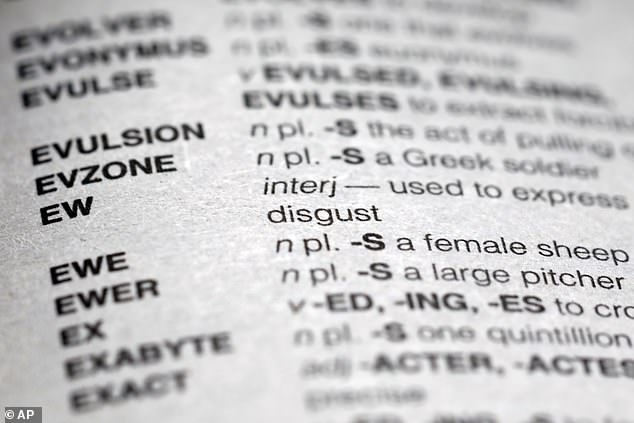 The firm said if UK officials don’t ban offensive terms from competitions they would withdraw licencing rights therefore forcing the group to use a different name for the iconic game, he claimed.

He told The Times: ‘Its actions are seen by many as virtue signalling, making a token gesture or “woke”.

‘Imposing American values on the world is pretty obnoxious, and forcing its licensees like Wespa to agree to expurgation or lose their licence is bullying.’

He said the push to ban the words came from outside sources, and not from within the game’s community.

Three WESPA notable members have quit to demonstrate against the move, claiming the word is only insulting it it is used in a derogatory way against someone else.

Mattel has not released an official list of what words are banned – but countless term are no longer acceptable on Scrabble’s online dictionary.

Traditionally, the meaning of words in Scrabble does not matter, instead the focus is on whether the word is correct according to a Collins English Dictionary.

However the Official Scrabble Words – otherwise known as the Scrabble Dictionary – is the ultimate authority of eligible words.

One BAME player, Ebi Sosseh, from Bournemouth, earlier said offensive words had been used against him, but said changing the rules would be ‘trivial’.

He said: ‘I used to be initially uncomfortable when words like “w**” used to be played against me.

‘That subsided very quickly when I rationalised that we were engaged with a game of words.’

Mr Sosseh added that he wanted to focus on education rather than censoring.

Others though have backed the idea, stressing the importance of remembering that the words are used to oppress people over the need to score points.

The debate comes after anti-racism protests by the Black Lives Matter movement, following the death of George Floyd in May.

Mr Floyd died after a Minneapolis police officer knelt on his neck for more than eight minutes while arresting him.