The search for two British nationals whose light plane crashed in the English Channel has been called off – as it emerged the aircraft went down in a snowstorm.

France’s Maritime Prefecture today said there was ‘no trace of survivors or wreckage’ despite a two-day search that started when the single-engine Piper PA-28 went off radars on Saturday morning.

It contained an unidentified British pilot and passenger who were in a group of six aircraft heading to the Pas de Calais resort of Le Touquet from Wellesbourne Mountford Airfield, near Stratford-upon-Avon.

All were linked to the South Warwickshire Flying School, which had organised the ‘Fly-out’ to northern France. 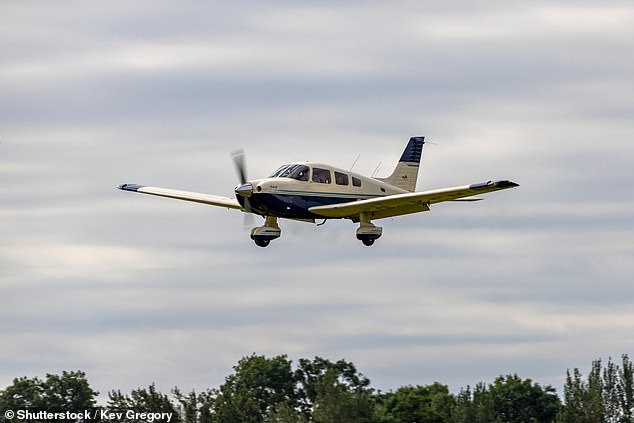 The Piper PA-28 was in a group of aircraft which was heading to the northern France resort of Le Touquet on Saturday morning (file image, Piper PA-28)

A Prefecture spokesman said: ‘An emergency operation did not uncover any sign of the crash on Saturday, and on Sunday a helicopter flew across the search area but found nothing.

‘The direct search has been called off, but anyone discovering debris is asked to contact the maritime authorities.’

An early investigation has pointed to an April snowstorm in the middle of the Channel on Saturday morning.

One source in France said: ‘All of the planes from England were confronted with a very large cloud of snow in freezing cold weather.

‘It caused some of the planes to turn around, while others zig zagged in the hope of getting round it.

‘The Piper went straight in, and this may well have caused the crash. If the survivors had managed to get out of the sunken plane, survival time in the water below would have been very short.’

Mr Wakeley, non-executive director at City of London equity investment company HgCapital Trust plc, was not involved in the trip to Le Touquet. 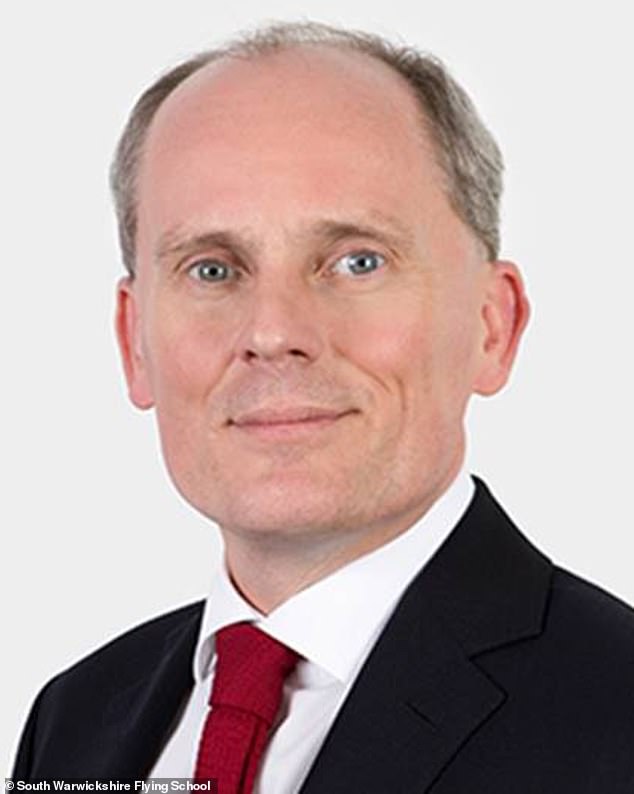 Guy Wakeley is Chief Executive of Equinity plc. He owns the 46-year-old Piper PA-28R-200 Cherokee Arrow II that came down in the English Channel on Saturday morning

The investigating source said: ‘The owner rents his plane out through Wellesbourne, but is not made aware of who is using it at any one time.

‘He was not aboard the plane on Saturday’. Pilots and passengers on the other planes were on Monday still assisting the authorities with enquiries.

The Flying School had publicised Saturday’s trip to France as a ‘Club Fly-Out to Le Touquet’.

Ray Stock, head of training at the Flying School, on Sunday refused to discuss who was on board the plane at the time of the crash.

British Coastguard originally launched an operation supported by French aircraft and boats including the Abeille-Languedoc (Languedoc Bee) tug, which was chartered by the French Navy.

The Piper has been in production since 1960 and various models have been involved in a number of high-profile accidents in that time.

In August 1972, Prince William of Gloucester, the Queen’s cousin, was killed along with his co-pilot in a Piper Cherokee Arrow after crashing on take-off from Halfpenny Green, near Wolverhampton, during an air race.