Seattle Mayor Jenny Durkan has vetoed a City Council-approved budget that would cut up to 100 cops and reduce salaries of top department brass, saying lawmakers offered no plan for how to “bridge gaps in police response” with less officers on the street.

Durkan on Friday told reporters during a news conference that the reductions in a revised 2020 budget approved earlier this month by City Council would be unwise and said she wants to collaborate with council members to “make changes in a more thoughtful and deliberate way,” the Seattle Times reported.

“The people of Seattle expect us to work together,” Durkan told reporters.

The cuts approved by Seattle City Council by a vote of 7-to-1 would have cut up to 100 police officers from the city’s force of about 1,400 cops, which fell short of a 50 percent reduction some Black Lives Matter protesters had been seeking. The measures would also slash salaries of police department officials by 40 percent and eliminate and an outreach team for the homeless, KOMO reported.

The proposed moves – which would’ve cut less than $4 million of the department’s $400 million annual budget this year, led the city’s first police chief, Carmen Best, to step down after just two years on the job.

Durkan’s veto will also put the brakes on roughly $14 million in funding for community organizations. She’s now calling for new talks with city council members, who have 30 days to reconsider the vetoed legislation before a new vote that requires a two-thirds majority to override Durkan’s move, the Seattle Times reports. 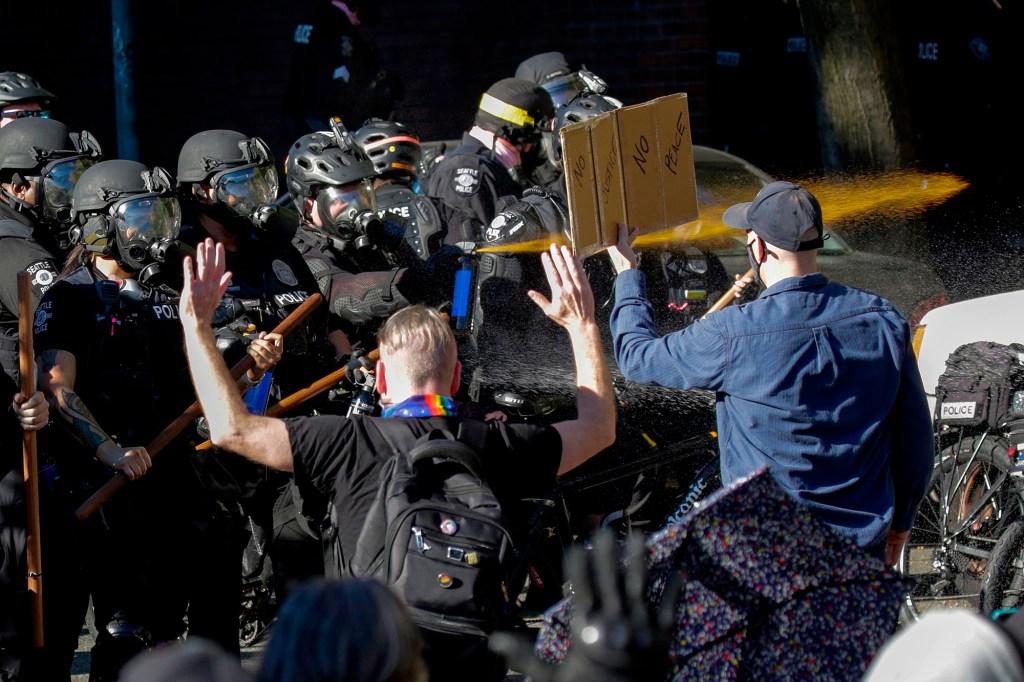 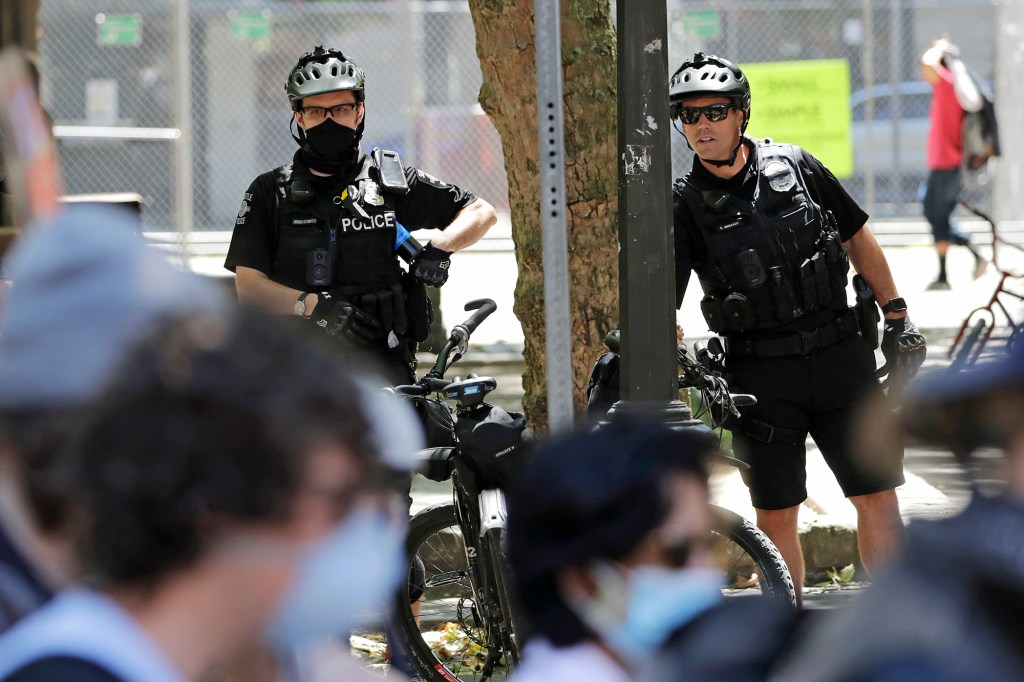