Seoul: After at least four people drowned in basement flats during the worst storm to lash Seoul in more than a century, South Korea’s capital city is planning to phase out the dwellings that came to symbolise yawning inequality in the Oscar-winning film Parasite.

Seoul is considering banning construction of the underground and semi-underground homes. Landlords will be given 10 to 20 years to remove such structures known as “banjiha” homes from existing buildings. As of 2020, about 200,000 homes – 5 per cent of dwellings in the city – were basement or half-basement flats, according to the Seoul Metropolitan Government. 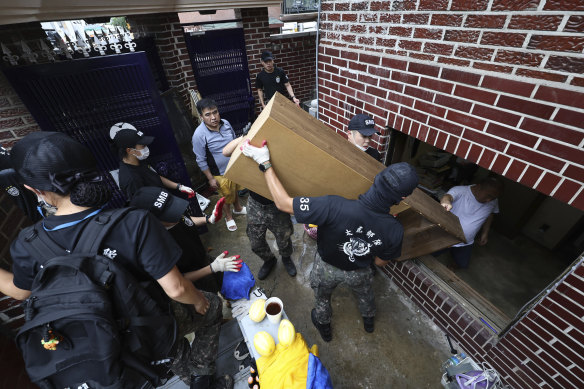 The announcement came after the worst storm in 115 years dumped 525mm of rain in parts of Seoul earlier this week and killed at least 11 people. Among them were three family members – a woman in her 40s, her sister and her sibling’s teenage daughter – found dead after being trapped in a submerged semi-basement home in Sillim-dong, not far from the affluent Gangnam area. Another woman in her 50s who lived in a similar residence also drowned at home, according to DongA Ilbo newspaper.

The central characters of Parasite, the Korean-language film that won the Oscar for best picture in 2020, are portrayed as those living in such basement houses, struggling to make ends meet, largely out of sight and ignored by the wealthy.

Inequality in South Korea, Asia’s fourth-biggest economy, has worsened recently, especially after the coronavirus pandemic. The income gap between the top 20 per cent of households and the bottom-most group has widened since 2019, a report released by Shinhan Bank showed in April.

Clean-up and recovery efforts accelerated in the capital after the two days of heavy rains, that turned streets into car-clogged rivers, sent floods cascading into subway stations and triggered landslides that crashed into roads and buildings. 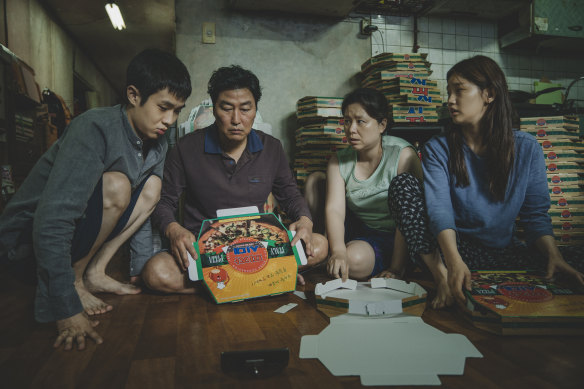 Parasite, the Korean-language film that won the Oscar for best picture in 2020, portrayed those living in such basement houses.Credit:AP

Seven people remain missing in Seoul and nearby Gyeonggi province and more than 4000 have been displaced from their homes, including around 2000 residents of an apartment complex in Seoul who were evacuated following a power outage caused by flooding.

At a disaster response meeting, President Yoon Suk Yeol apologised on behalf of the government for the deaths and disruption caused by the heavy rains.

“It’s certainly true that [the rainfall] was abnormal weather, but we have come to a point where we can no longer call abnormal weather abnormal,” Yoon said. “We could see new record levels [of rain] at any time. We need to build our response so that we are ready for a situation that’s worse than we had imagined.” 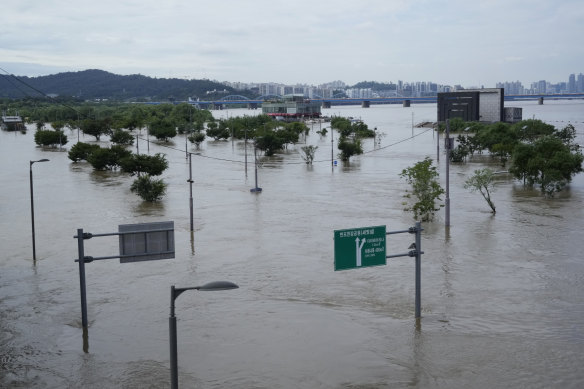 The Ministry of the Interior and Safety said workers had finished restoring more than 90 per cent of about 2800 buildings, homes, roads and other facilities in the capital area that had been prioritised in emergency recovery plans.

Nearly 3000 government workers, including police and fire department personnel, and dozens of excavators and dump trucks were deployed in the recovery efforts. The military separately deployed around 1300 troops, some of whom cleaned debris and salvaged furniture in flooded neighbourhoods in southern Seoul.

There were no immediate reports of major damage or casualties in regions south of the capital area, where the weather agency issued heavy rain warnings. Landslide warnings were issued in more than 30 cities and towns across the country.