A SERIAL rapist was cleared of an attack on a 14-year-old girl whose injuries were among the worst sex assault injuries a doctor had ever seen, it has emerged.

Steven Stalley was convicted this week of raping three women and stalking nine others in a sickening campaign. 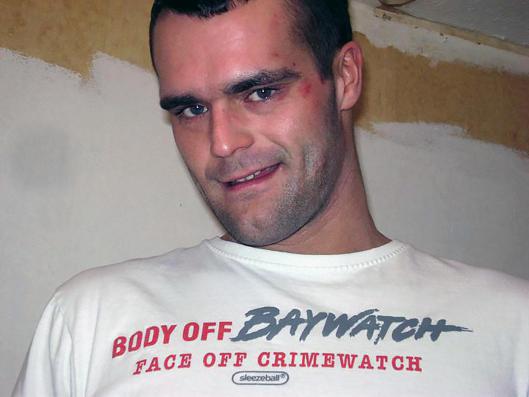 He threatened to slit one victim's throat and throttled another, telling her she was going to die.

Stalley, 31, hid in one sleeping woman's home and raped her after tying her dog to a radiator.

He was in the dock this week, where details of his vile campaign were revealed.

Stalley, from Paisley, Renfrewshire, had claimed one attack was "a good night in with pizza."

A jury found him guilty of raping three victims and sexually assaulting another, between March 2007 and March 2018.

He was also convicted him of stalking six more victims after forcing them to give him their mobile phone numbers after he met them briefly on buses or in the street.

In May 2014, Stalley had walked free from court over sex with a 14-year-old girl.

Appearing via video link at the High Court in Paisley, she said she had sex with Stalley at a flat in Paisley on June 1, 2012.

The witnesses in this case had to relive a dark place in time when you occupied their lives.

The girl, who was 14 at the time, told the jury she asked Stalley to stop, buthe refused and continued.

Dr Deborah Wardle, a medical consultant for NHS Greater Glasgow and Clyde, examined the young girl after the alleged rape and said her injuries were among the worst she'd ever seen.

Stalley was cleared of rape and of having sex with an underage girl after telling a jury he thought she was 16.

After being cleared, he groomed another 14-year-old girl on Facebook, pleading with her to add him as a friend.

Stalley bombarded her with messages, telling hershe looked "about 18", was "bloody beautiful", "sexy as f***", and had "sexy legs".

After sending the girl the messages, Stalley, was made the subject of a Risk of Sexual Harm Order at the request Police Scotland in order to protect the public.

After he was convicted, Judge Tom Hughes blasted Stalley for making his victims' lives"a misery".

Judge Tom Hughes told him: “You approached young women when they were alone and forced them to give you their phone numbers.

“You persisted in making their lives a misery. They had to block your number and change their lifestyles. They were genuinely living in fear.

Stalley will be sentenced next month.