Three passenger cars tipped on their sides in the derailment, which was reported around 6:10 p.m., said Tom Martin, the Stone County emergency management director.

A passenger called 911 and ambulances from multiple districts were sent to the scene, he said.

Six park-goers and an employee were taken to hospitals after the Frisco Silver Dollar Line Stream Train derailed, the park said in a statement. 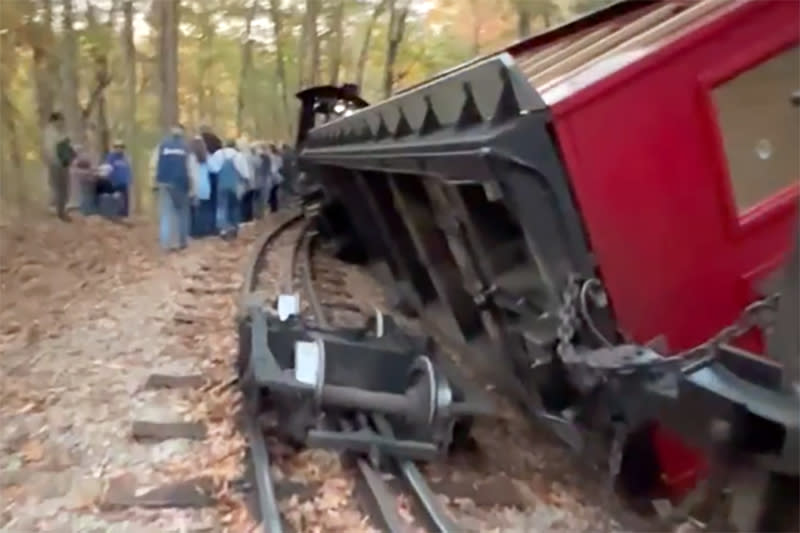 Hospital system CoxHealth said it had six patients with minor to moderate injuries.

“Of course, when you have a call come in with that description, you immediately think the worst,” Martin said. “Fortunately, it wasn’t.”

The steam-powered train runs within Silver Dollar City, which is an 1880s-themed amusement park west of Branson. The train that derailed runs a 30-minute course and features an old-fashioned stickup attempt, according to its website.

“At this time, we are wholeheartedly focused on providing support for guests and team members in partnership with Stone County first responders,” the park said.