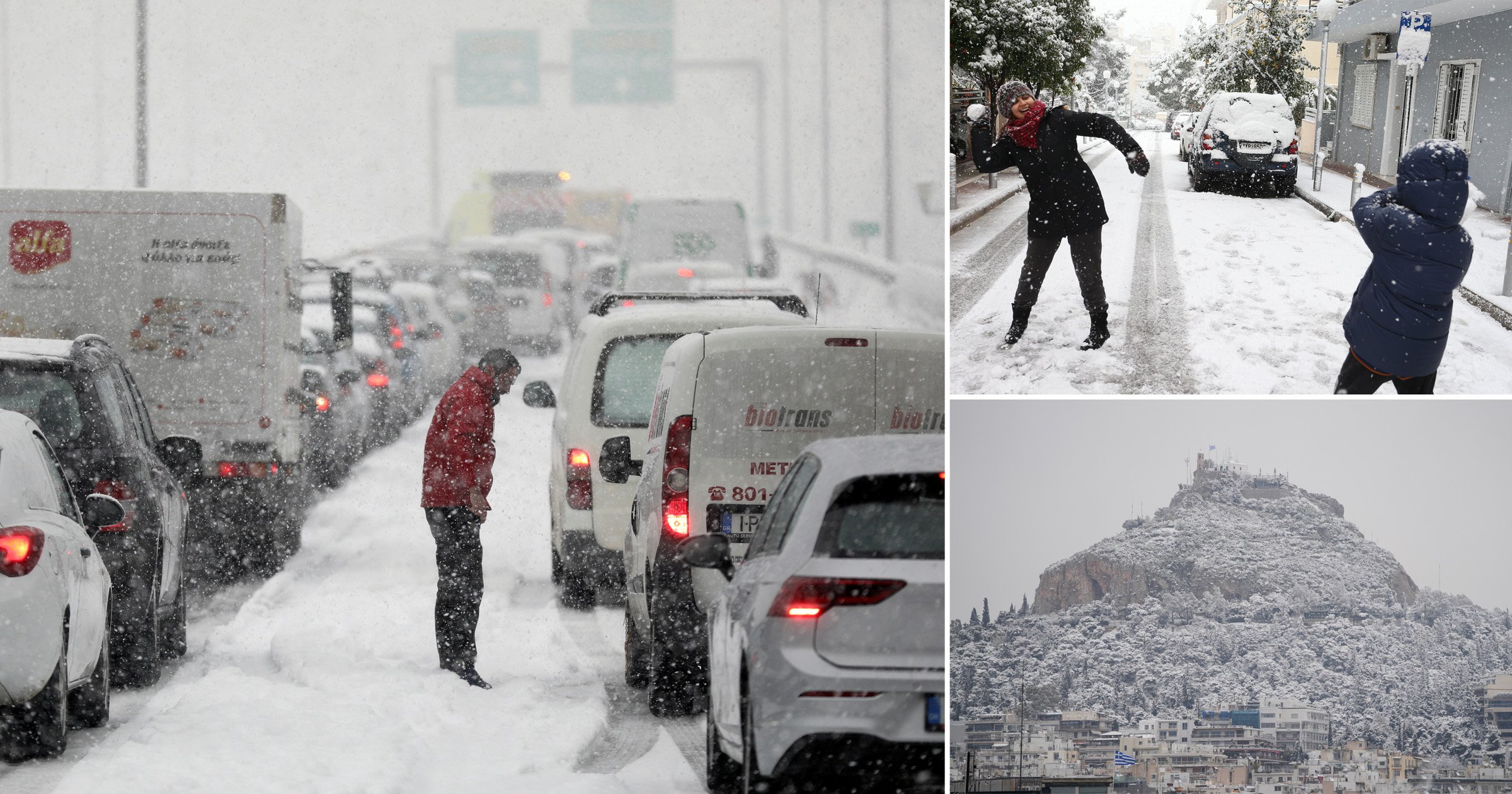 Athens has been brought to a standstill by unseasonally heavy snow and sub-zero temperatures.

Average winter temperatures in the Greek capital normally hover between 8°-13°C in January, but the ancient city has been plunged into a deep freeze by a cold front.

The winter storm, named Elpis by the National Meteorological Service, is expected to cause disruption for a few days.

Athens and many Aegean islands have been covered in snow, with people warned to limit their journeys to essential trips only.

Majors roads have been closed and routes in and out of Athens were gridlocked on Monday as commuters tried to negotiate tricky conditions.

Schools have been shut with a government spokesman, Giannis Oikonomou saying more than 46,000 school classes across the country were being held online.

The weather has also led to Covid vaccination appointments being rescheduled for later in the week.

Authorities sent out emergency alerts to cell phones in the wider Athens area on Monday morning warning of severe snowfall over the next few hours and calling on people to avoid any unnecessary movement.

Mr Oikonomou said conditions would continue to be ‘difficult’ on Tuesday.

Civil protection authorities have set up coordination centers with the participation of the fire department, police, the armed forces and local authorities to tackle any potential problems, he said.

It hasn’t all been bad news though, as people unable to go to work or school have been out enjoying the unseasonal weather by having snowball fights in the street.

They have also been treated to the rare sight of landmarks such as the Acropolis covered in snow.

Snow is common in the Greek mountains and in the northern part of the country, but rare in central Athens and the Aegean islands.

Last year, the Greek capital was hit by a major snowstorm that caused severe problems, knocking out power for days in certain neighborhoods and making all streets impassable without snow chains.

Thousands of trees buckled and fell from the weight of the snow.

Greece is not the only country to be experiencing a cold snap.

In neighboring Albania to the north, all elementary and high schools closed for three days this week because of cold weather.

Authorities advised people to avoid driving as freezing temperatures hit across the country.

Temperatures reached -17° in eastern Albania, isolating some areas and causing problems to the electricity and water supply.

Many rural roads have been blocked.