A blaze which destroyed the £5 million former home of actor Basil Rathbone who was well known for playing Sherlock Holmes is being treated as suspicious by police.

Last night a fire started by a mystery arsonist ripped through Treetops in Henley-on-Thames, Oxfordshire as 40 firefighters fought it vain to put it out.

Hollywood legend, Rathbone played the super-sleuth created by Arthur Conan Doyle in numerous movies,  and lived at the now empty home for many years before his death in 1967. 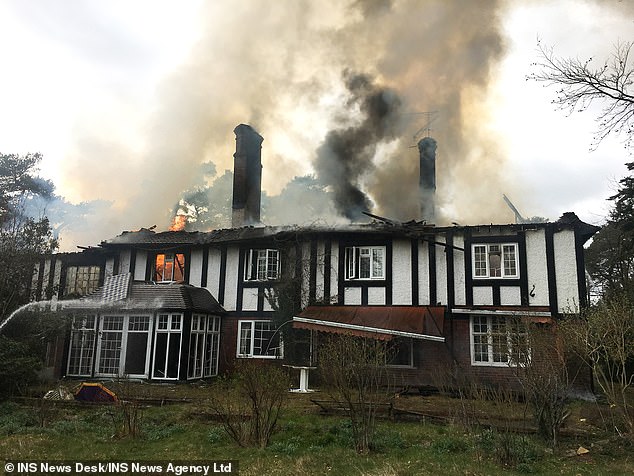 The £5 million former home of Hollywood legend Basil Rathbone who was well known for playing Sherlock Holmes burned down last night. The smoldering wreck of the home is pictured 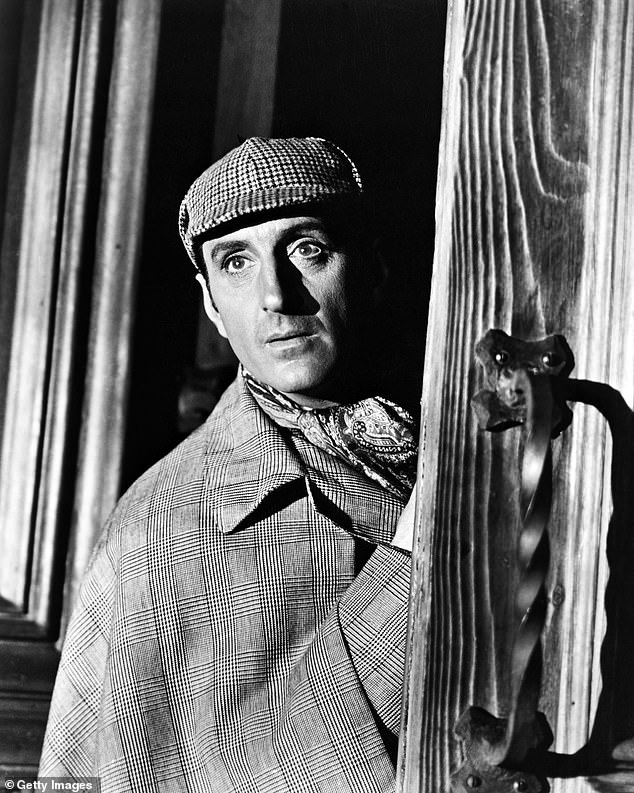 Tree Tops had a list of wealthy owners including Mr Rathbone who played Holmes in numerous movies including blockbuster The Hound of the Baskervilles. He is pictured as Sherlock Holmes

A spokesman for Thames Valley Police said: ‘We were called at 3.40pm yesterday by the fire service to a report that an empty building was on fire in Gillotts Lane, Henley-on-Thames.

‘No-one was injured however the property sustained extensive damage. Officers assisted with a road closure in the area while the fire service attended.. The fire is being treated as suspected arson and inquiries are ongoing. Anyone who has any information about the incident should contact the 24-hour Thames Valley Police non-emergency number on 101.’

Fire crews from Berkshire and Oxfordshire fought the fire and the fire service also believe that it was started deliberately.

A spokesman for Oxfordshire Fire and Rescue Service said the cause of the fire was being investigated but experts were working on the belief that the fire was started deliberately as an unlawful act.

The spokesman said: ‘At 3.25pm Thames Valley Fire Control Service received multiple calls detailing a house on fire opposite Gillotts School on Gillotts Lane, Henley on Thames. The first fire appliance, which was mobilised from Henley Fire Station, was on scene within minutes and found the building to already be fully involved in fire.

‘Fire crews remained on scene throughout the night to deal with any hot spots and isolated pockets of fire that may have re-ignited.’

Rathbone played Holmes in numerous movies including The Hound of the Baskervilles.

Neighbours said that the extensive property, built in 1915, had been the subject of numerous planning applications, including a scheme to build 47 homes on the six acre site, which had all been turned down.

Mark Charter, head of estate agents Carter Jonas’ Oxford office, said previously commenting on Tree Tops: ‘It is full of natural light and space, it has lots of scope for someone to refurbish it to make it a fine country house in a super location.

‘It has a colourful history with the great Basil Rathbone as one of its previous owners and also we understand one of the UK’s top cigar importers, Melbourne Hart, once lived there too.’ 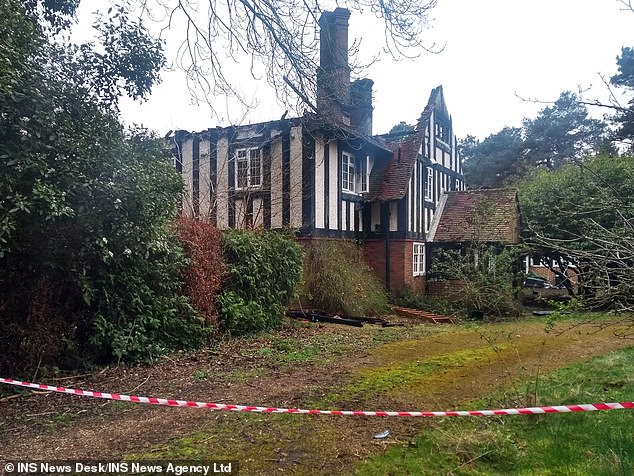 The council stated that there will be a presumption against further development beyond the existing limits of Henley-on-Thames in order that the attractive countryside and landscape setting of the town be preserved.

In the grounds of Tree Tops are various outbuildings with a garage, stables, a former tennis court and swimming pool and an unfinished timber pool house.

There was also a separate office and annexe accessed from the back of the house or via the alley leading from the kitchen.

The property, which had a galleried landing, has a gravel driveway sweeping up to the front of the house.

Tree Tops House was owned by company director Robert Hale until his death in January 2015.

It was then bought by its current owner, a Russian oligarch who neighbours say lives abroad.