THE shocking moment an 11-year-old crying boy with autism was handcuffed and arrested as school as he cries "you're choking me" was caught on camera.

The incident took place at Sagewood Middle School in Colorado on 29 August 2019 – with the bodycam footage has been released this week. 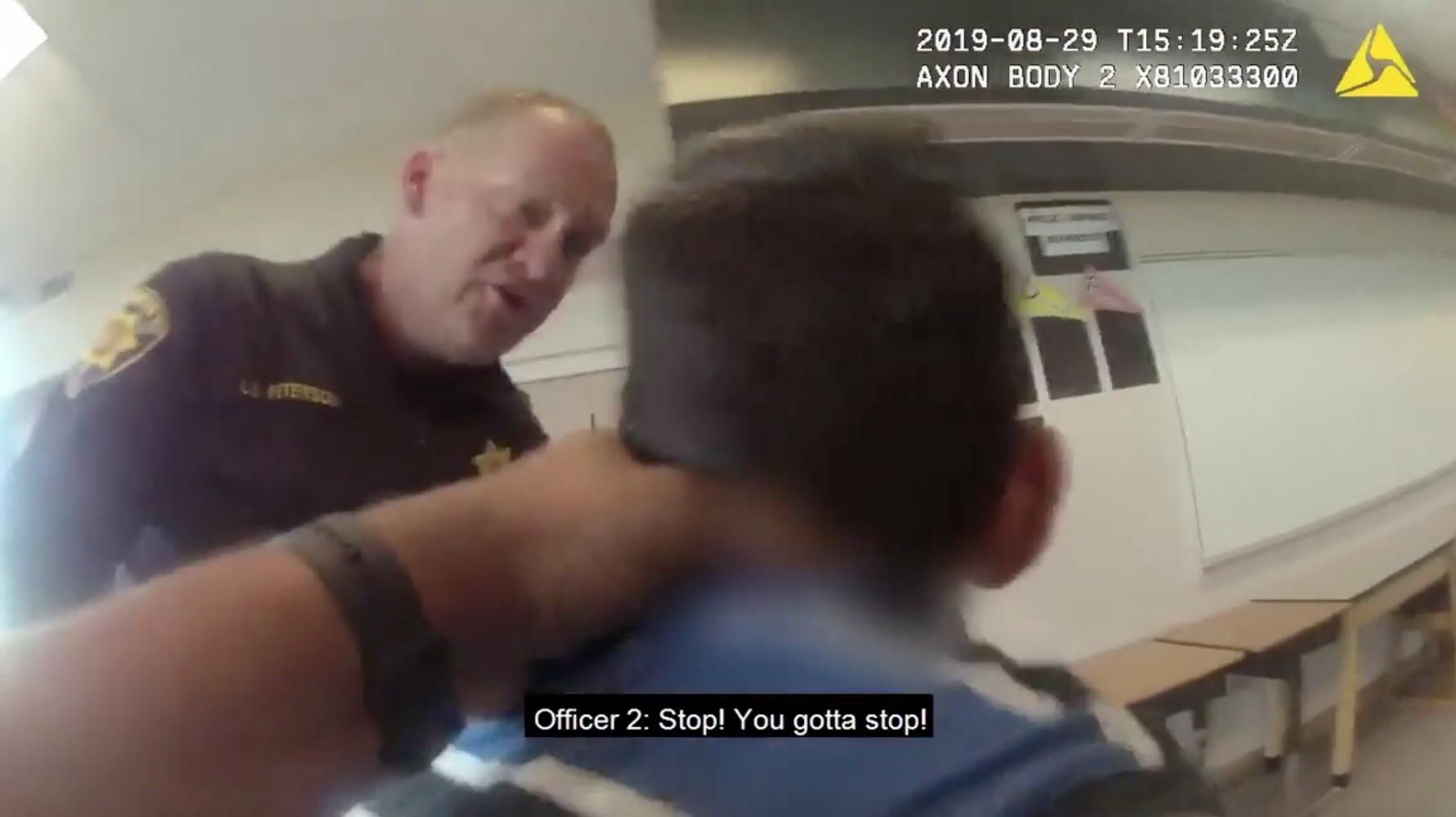 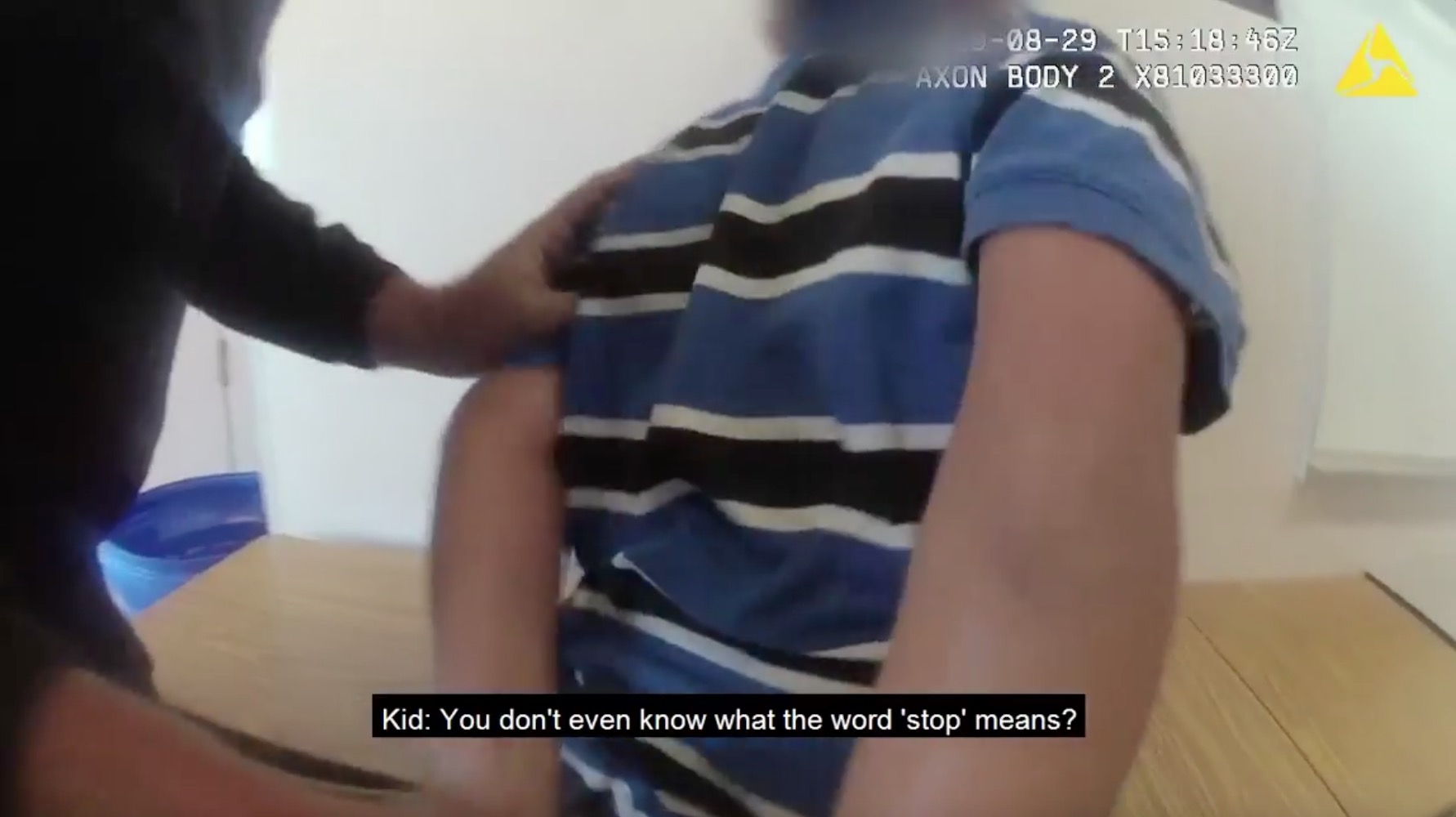 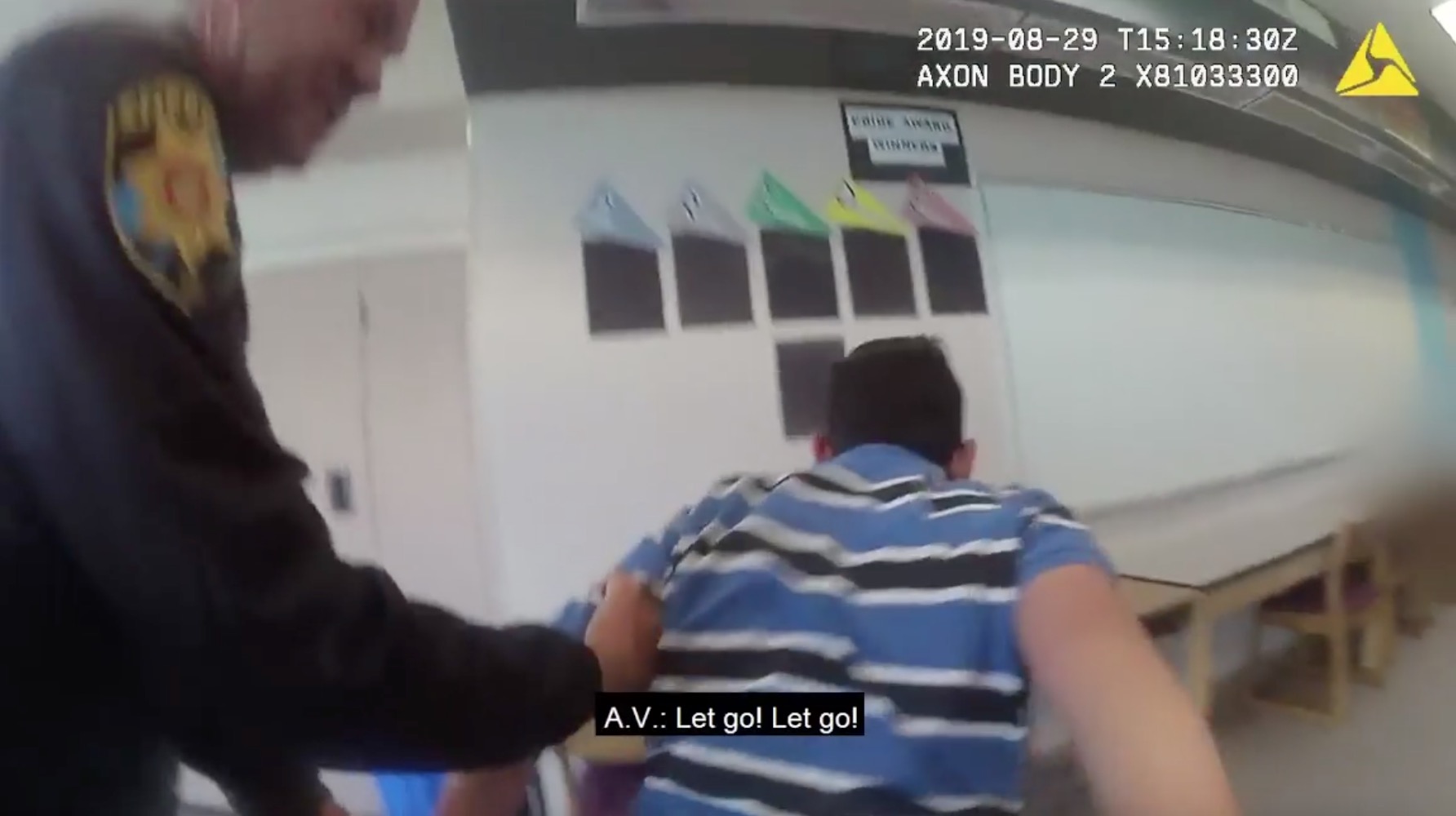 A school psychologist had initially managed to calm the student down but the principal notified school resource police officers and the child was later arrested.

In the clip, the boy – who had reportedly poked his classmate with a pencil after he wrote on him with a marker – can be seen being grabbed by the officers and forced up against a desk.

The officers then handcuff him while the boy screams in distress, and force the boy to walk through the hallway.

"Well, I asked you, now I'm telling you, we’re going to go there," the officer can be heard telling the student. 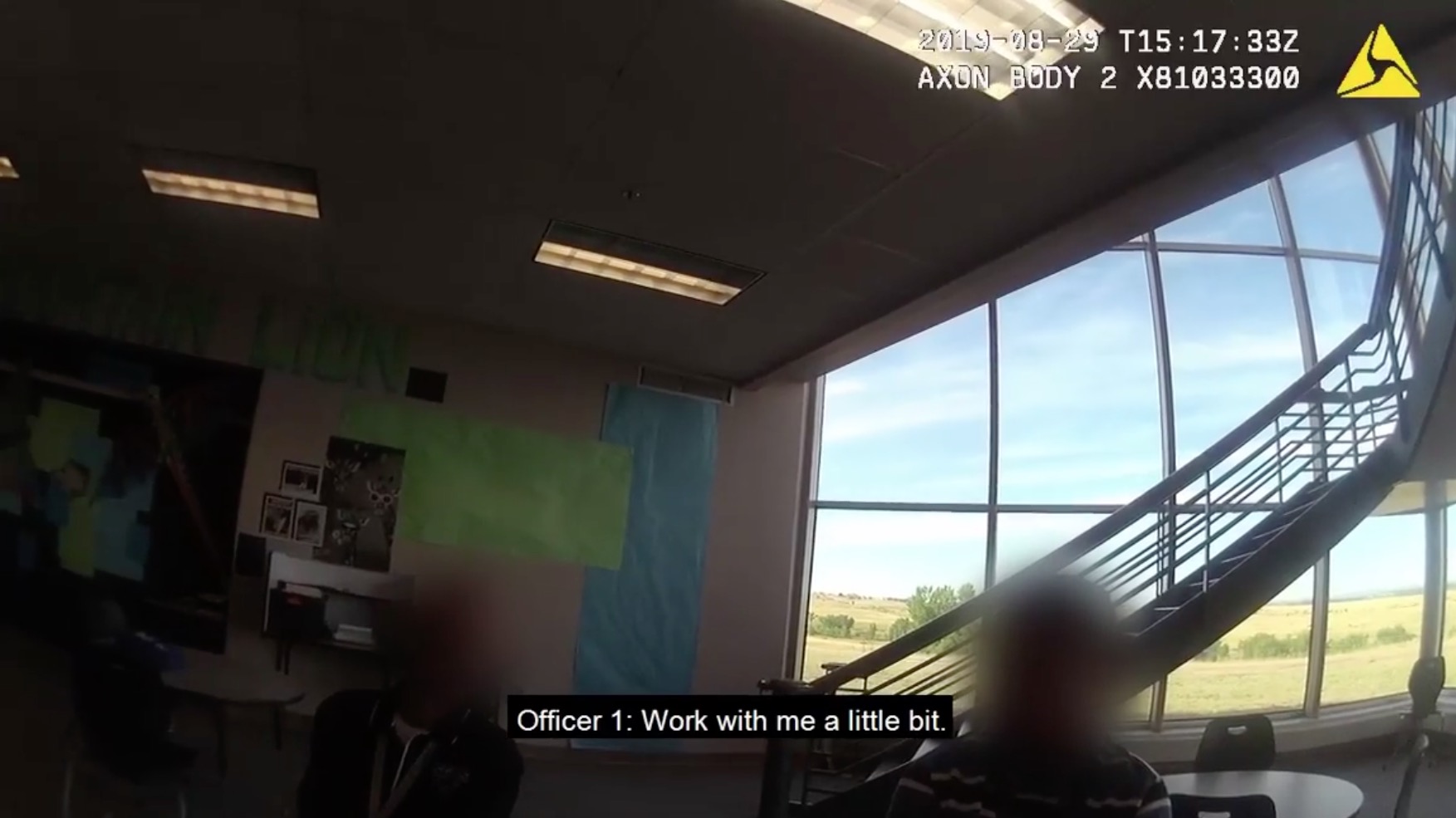 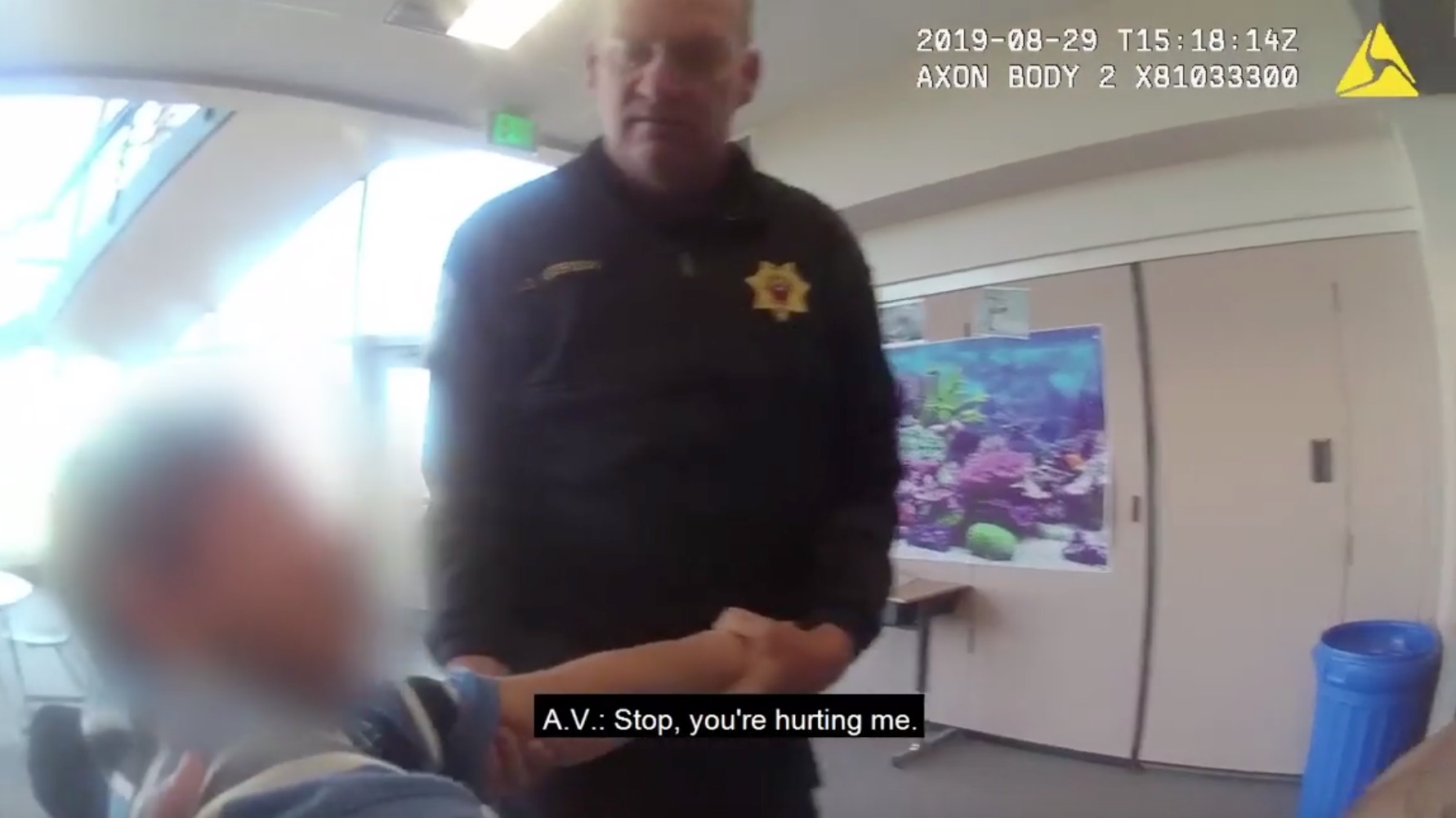 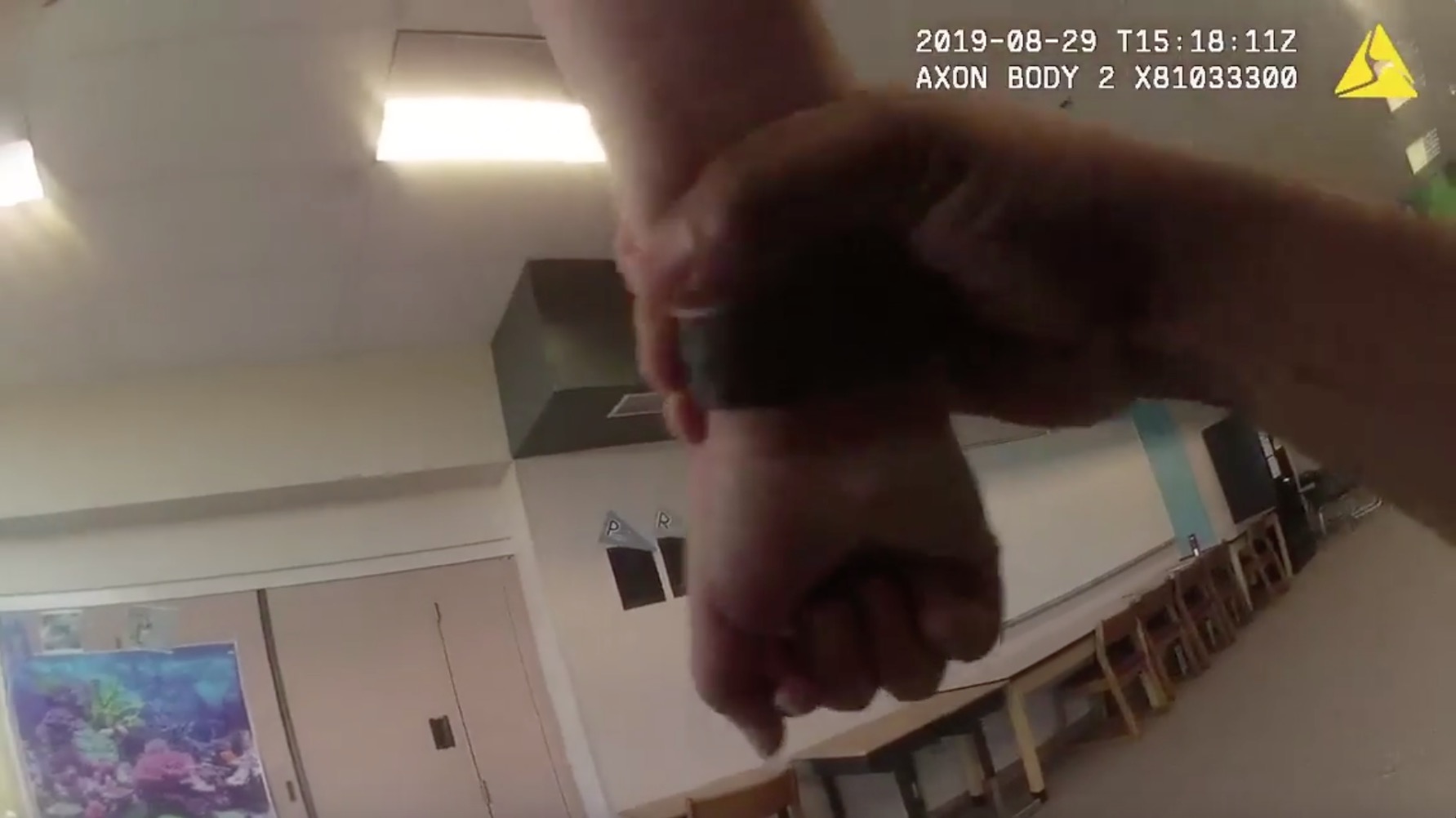 He is taken into the back of a police vehicle, all the while screaming screams and repeatedly telling officers: "You're hurting me!"

The boy was reportedly left alone in the police car for two hours where he banged his head multiple times on the plexiglass inside, according to the lawsuit.

The child has also had an emotional disability and harmed himself in the past, the school principal told deputies.

He was later held in a youth detention centre on various assault and resisting arrest charges until his parents could post a $25,000 bond. 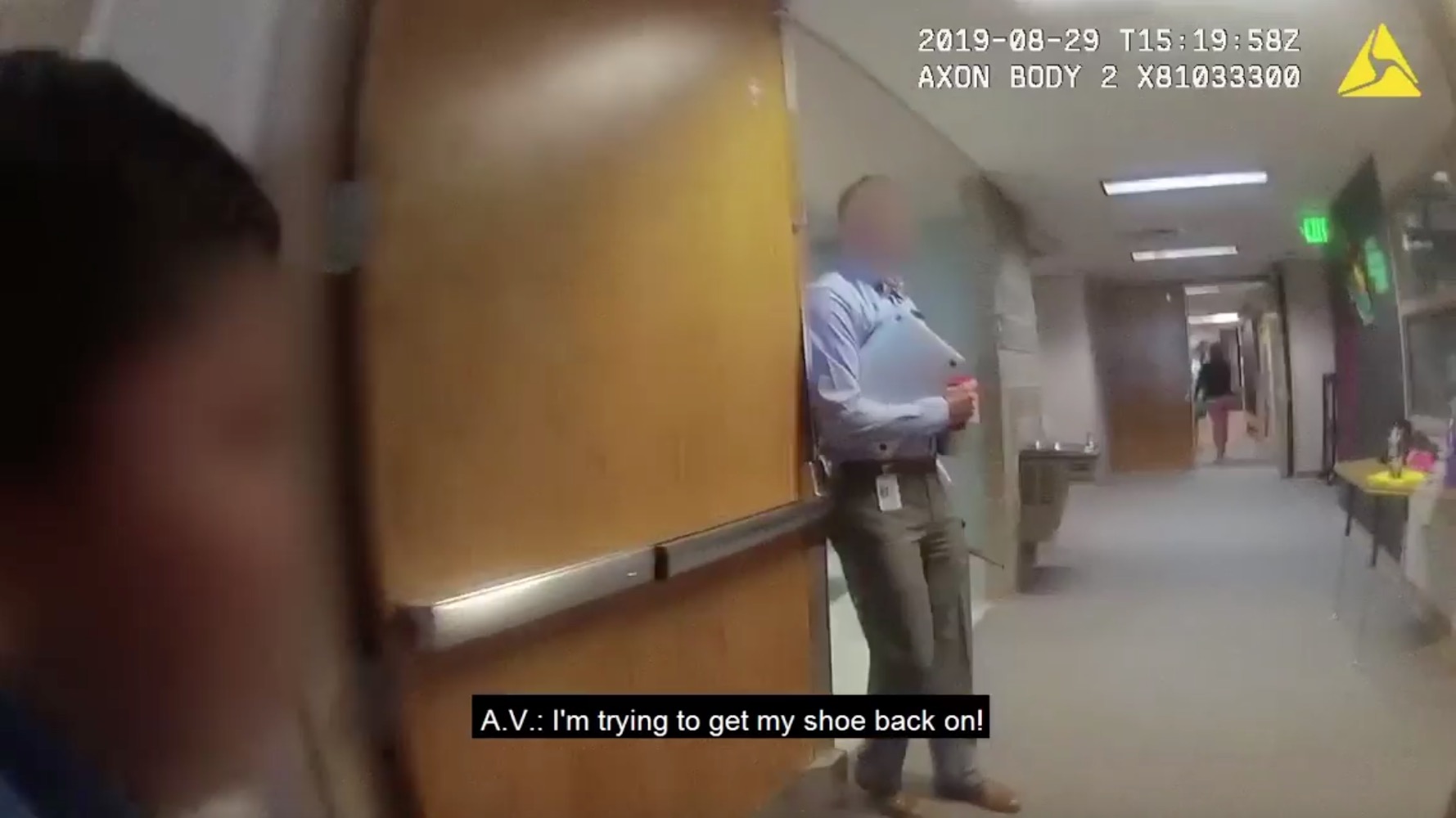 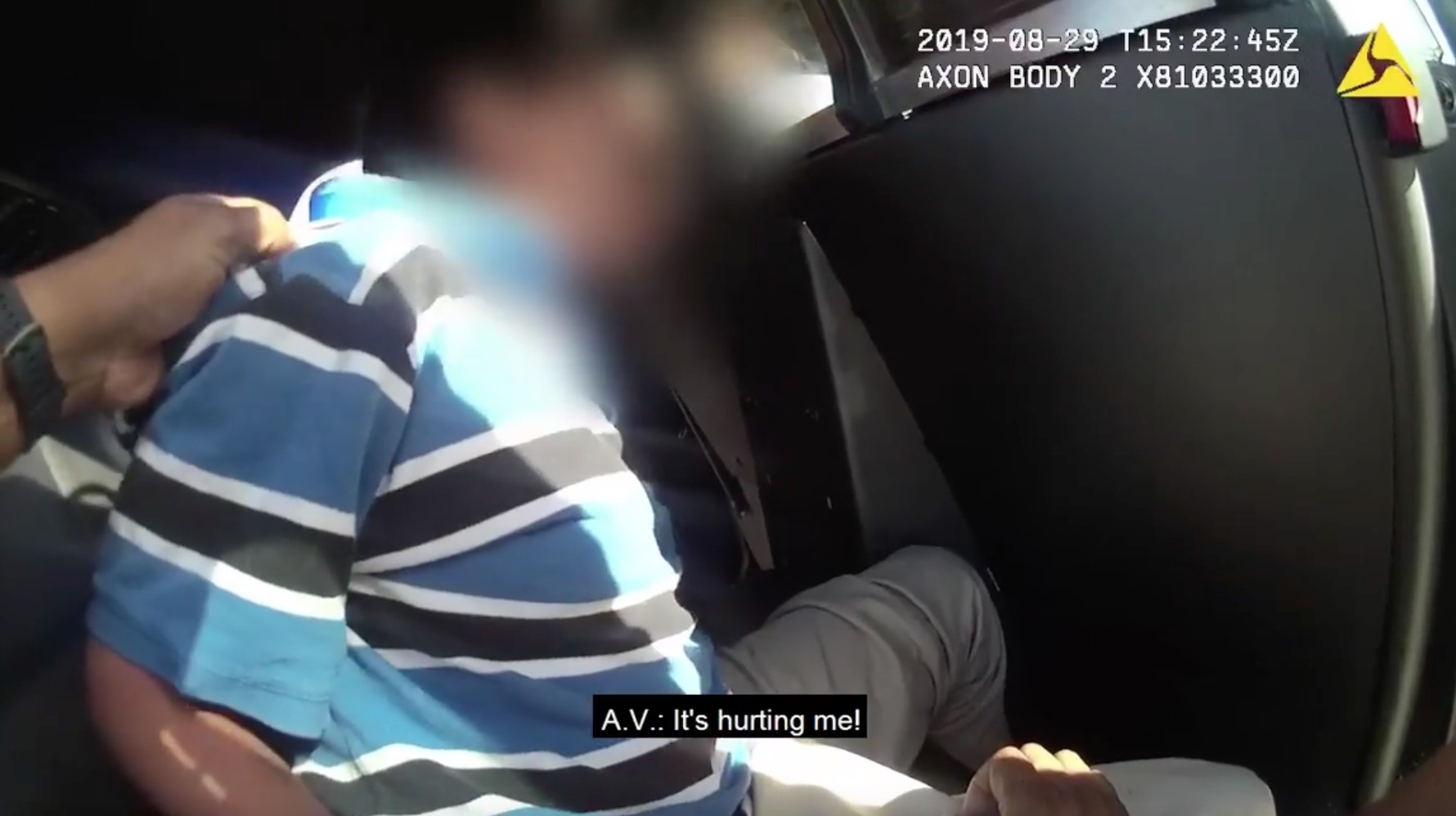 The charges were later dropped.

The boy’s mother, identified as Michelle Hanson, filed a federal lawsuit on Tuesday alleging that school officials and sheriff’s deputies "aggressively handcuffed" and detained her son.

The boy, who was identified as A.V. in the lawsuit, is sensitive to touch and became agitated when his classmate drew on him with a marker.

"When we saw him, his forehead and arms were so swollen and bruised," Michelle Hanson, the mother of the boy said in a statement released by the ACLU.

"After we bailed him out, he wouldn't eat, wouldn't speak. A.V. was — is — definitely traumatized. We all are."

The sheriff's office said in a statement on Tuesday: "When we receive a call for service, especially one that involves a criminal allegation, we must respond.

A spokeswoman from the Douglas County School District said the district couldn't comment or answer questions about active litigation.