Shocking CCTV footage shows a woman thrown to the ground as a mugger snatches her handbag.

The video captures the woman in her 70s waiting to cross Dunedin Road in Kingstanding, Birmingham, when a man in a cap and hoodie grabs her handbag before running away.

The man approaches from the right where he grabs the bag causing the woman to fall to the ground.

As she loses balance, her walking stick and other bag fly across the pavement. 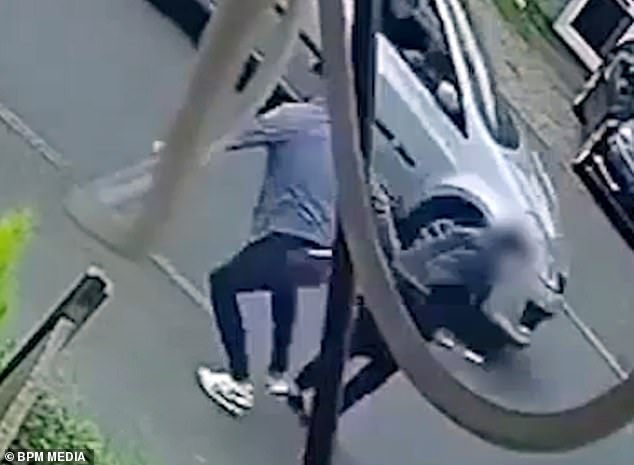 A man wearing a hoodie, trainers and cap snatches a woman’s bag as she waits to cross Dunedin Road in Kingstanding, Birmingham 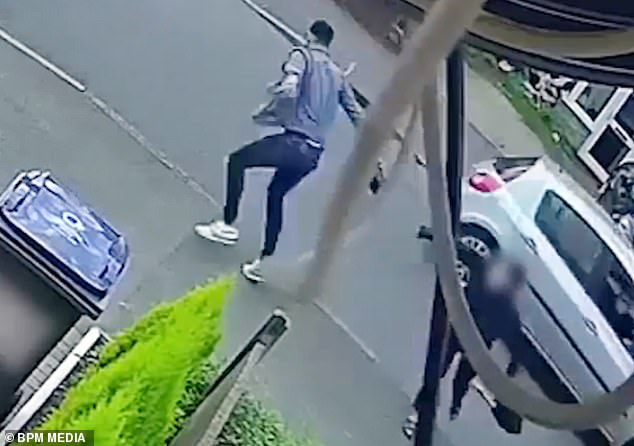 The victim looks up from the ground towards where the mugger ran off with her bag.

As she gets up onto her knees, two women come to help the victim to her feet.

While one woman appears to call someone, the other puts her arm around the shaken victim. 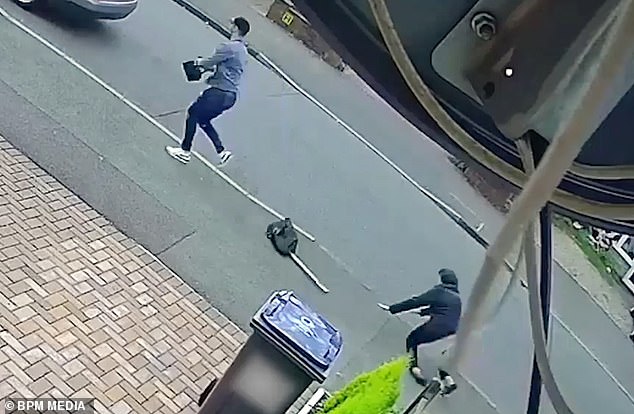 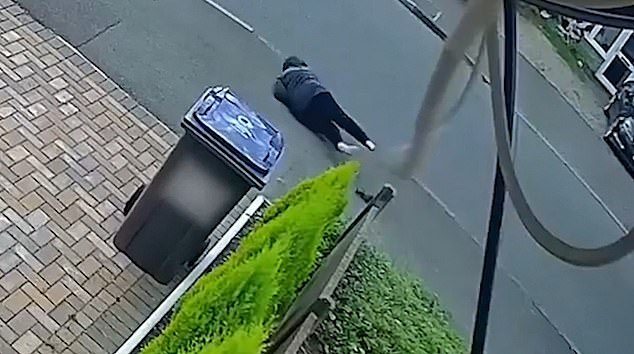 After the mugger makes off with her handbag, the woman lies on the floor after suffering grazes to her hands and knees 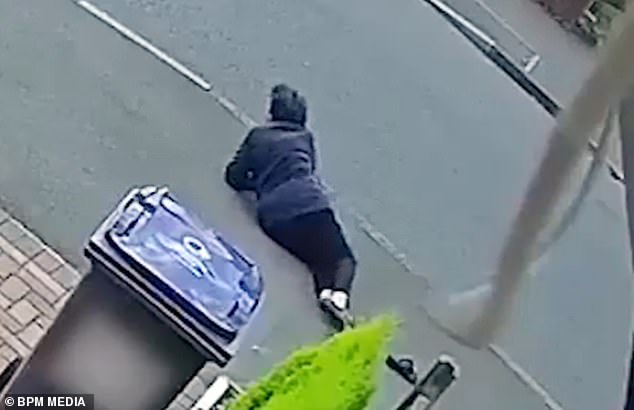 The incident was shared to the Great Barr Neighbourhood Forum where members left a stream of horrified comments.

Kelly Templeton posted: ‘Dirty pigs… Thank you to the kind people who helped, good people are out there.’ 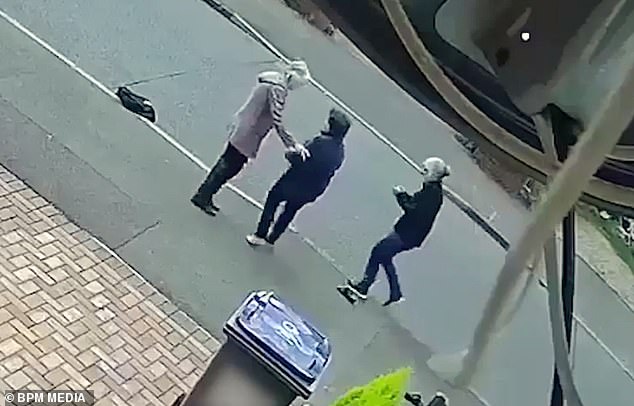 Good Samaritans: Two women come to the victim’s aid as she appears shaken after the shocking robbery

A West Midlands Police spokeswoman said: ‘Police are investigating a report of a robbery on Dunedin Road, Kingstanding at 11.40am on Thursday 15 August.’

‘A woman in her 70s was approached from behind and her bag was snatched out of her hand, causing her to fall to the floor. She suffered grazing and discomfort to her hands and knees.

‘CCTV is being reviewed and enquiries continue.

‘Anyone with information can contact us via Live Chat at west-midlands.police.uk between 8am and midnight or call 101 anytime or contact Crimestoppers anonymously on 0800 555 111. Quoting crime reference 20BW/194020Z/19.’