‘You black b******, you don’t belong here’: Shocking moment racist pensioner hurls abuse at journalist in busy London street – before the victim defiantly calls him out

This is the shocking moment a journalist is racially abused by a pensioner in a busy London street in broad daylight – and then bravely questions his behaviour.

In the appalling footage, the elderly male repeatedly calls a man ‘a black b******’ and orders him to leave the UK.

He is seen shouting at his victim and telling him: ‘F**k off! You don’t belong here! I was born here!’ 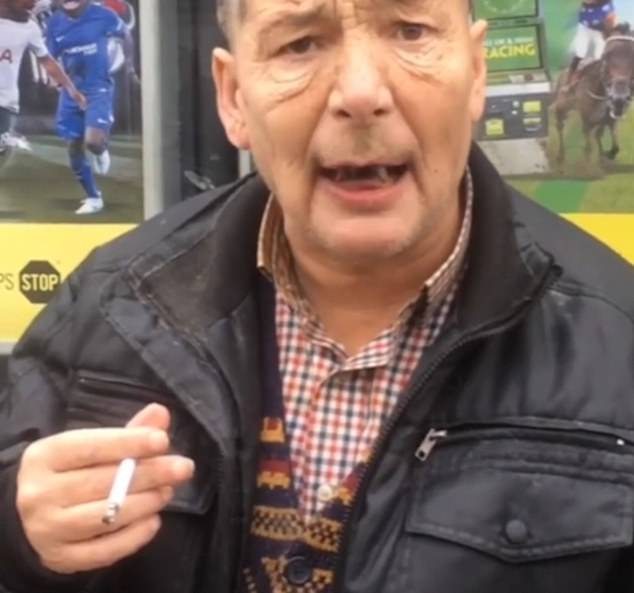 The elderly male repeatedly calls journalist Selassie Mungz, 27,  ‘a black b******’ and orders him to leave the UK

The disturbing incident took place on Green Street in Newham, east London, at around 3pm on Thursday.

Selassie Mungz, 27, was the victim of the vile abuse and recorded the incident as it unfolded.

In the clip, Mr Mungz is seen calling out the pensioner for his racist language.

Mr Mungz – who is from Newham and of African descent – first saw the pensioner shouting racial abuse at some Asian people on the street.

But as soon as the pensioner saw Mr Mungz, he began to aim the racial abuse at him instead. 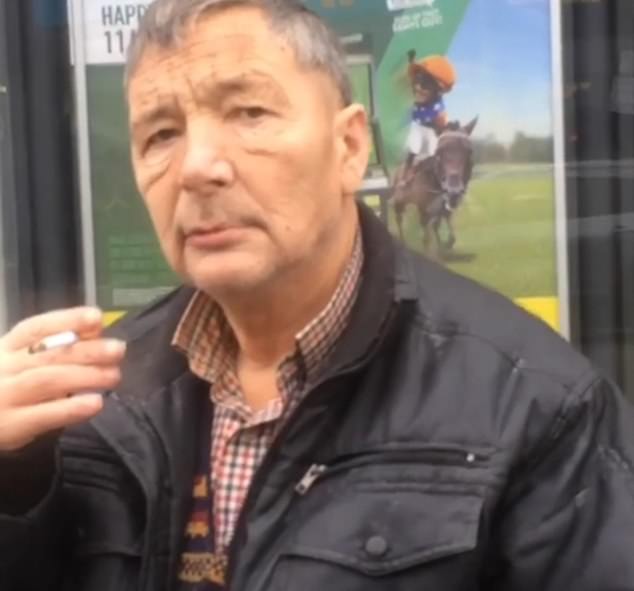 The incident took place on Green Street in Newham, east London, at around 3pm on Thursday

It was at this point that Mr Mungz decided to document the disgusting attack and started filming on his phone.

The video begins with Mr Mungz questioning the assailant about his racist language.

Mr Mungz asks ‘You said something racist though?’

But the pensioner replies: ‘So what?’

Mr Mungz says ‘you d**khead’ and the pair have a heated exchange.

This prompts the elderly man to launch into a vile, racist attack, saying: ‘F**k off you black d**khead’ 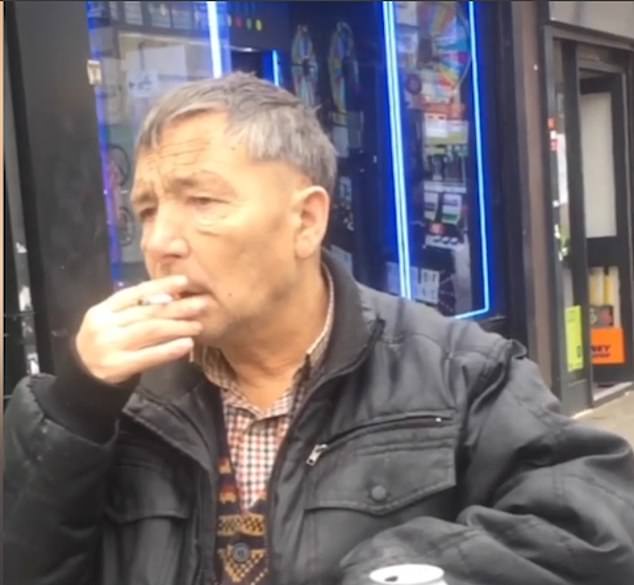 Mr Mungz decided record the attack and started filming on his mobile phone. The video begins with him questioning the elderly man about his racist language

The attack continues and the pensioner starts yelling at Mr Mungz again.

As he smokes a cigarette and downs a soft drink, the assailant yells: ‘I don’t care what you think! You black b******!’

Mr Mungz responds ‘Well I’m a black b****** in your country. There’s nothing you can do about it’

To which, the pensioner screams at Mr Mungz: ‘Well f**k off then! You don’t belong here! I was f**king born here! You f**king work c**t!’ 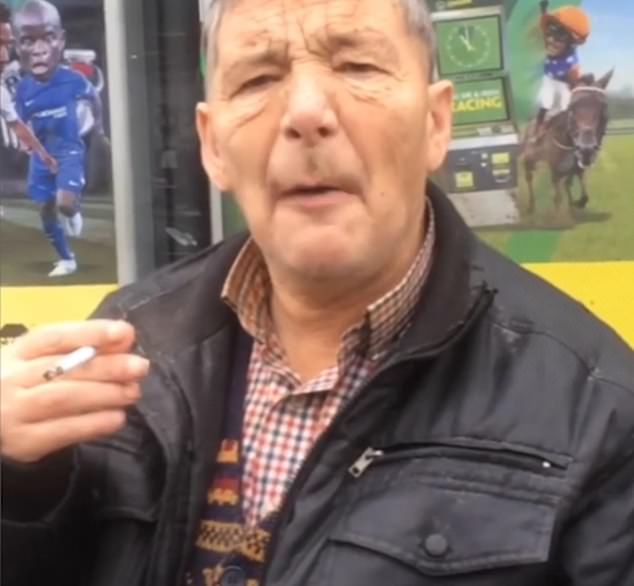 But as he smokes a cigarette and downs a soft drink, the assailant yells: ‘I don’t care what you think! You black b******!’

The pensioner walks away and shouts at Mr Mungz to ‘F**k off!’

Mr Mungz says ‘Bye’ as the assailant strolls off and the video ends.

Mr Mungz – who is a journalist based in east London – described his shock at the pensioner’s abuse and how he called him out on his racist language.

He said: ‘I was initially shocked by the language he used as non-one was doing anything about it so I decided to embarrass him so that he would get the message that being racist isn’t going to slide. Especially in such a diverse area as Upton Park [in Newham].

‘My initial reaction was to record it as people always deny these sorts of things happen.’

‘I have encountered racial abuse before – near the same area to be honest from an elderly lady but I made nothing of that but I’ve seen growing amounts of racial tension in my area and I know many are experiencing the same thing across the country.’