Two men driving a grey Audi leapt out of their car three times on an A road to threaten another driver and even tried to hit the other vehicle with a bottle.

The pair, who were heading down the A127 near Leigh-on-Sea, Essex, also forced the other vehicle to swerve onto a footpath and the central reservation when they stopped over both lanes on the road.

Caught on a dash cam in the morning, Essex police said the car was reported stolen. 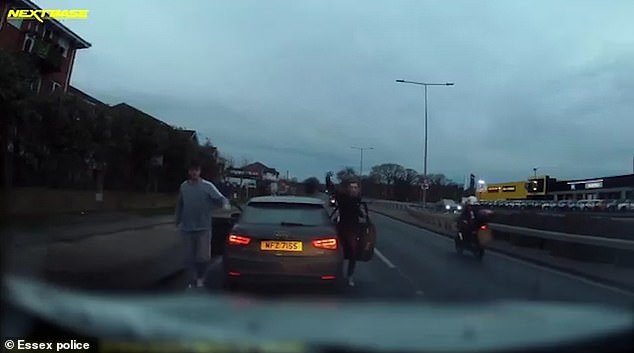 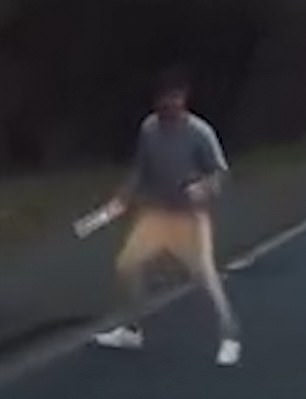 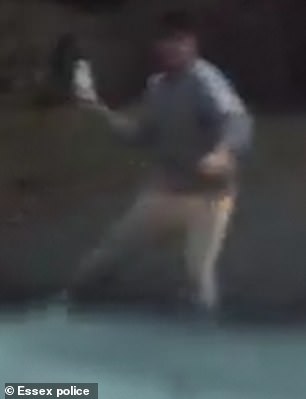 At one point, dash cam footage shows one of the men trying to hit the other vehicle with a bottle on the A127 near Leigh-on-Sea, Essex

Footage shows the grey car breaking suddenly in front of the other vehicle before two men leap out and shake their fists.

The other vehicle swerves around them but, a few moments later, they catch up again and start braking repeatedly in front of it.

The other driver is forced to mount the pavement and accelerates to avoid them, but has no luck.

They catch up again and stop their car across both lanes before leaping back out of the car.

As the other driver skids back onto the path, one of the men tries to hit the vehicle with a bottle.

Essex police still haven’t managed to catch the pair after the attack on January 13 this year.

A spokesman said it happened near the junction of Bellhouse Lane and close to the Rayleigh Weir roundabout on January 13 at 8.10am.