THIS is the shocking moment sharks devoured their prey in a feeding frenzy so violent it "shook a cement pier".

The hungry predators lashed in and out of the water as they mopped up baitfish waiting under the pier. 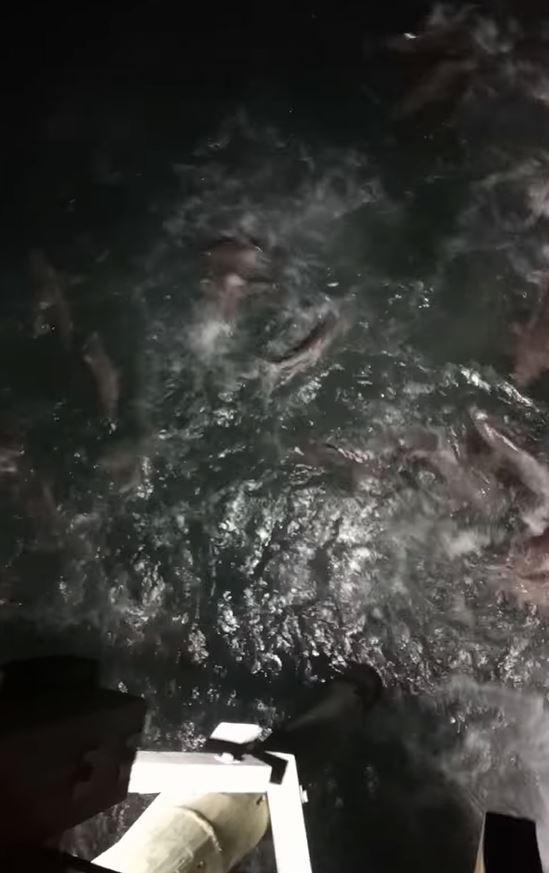 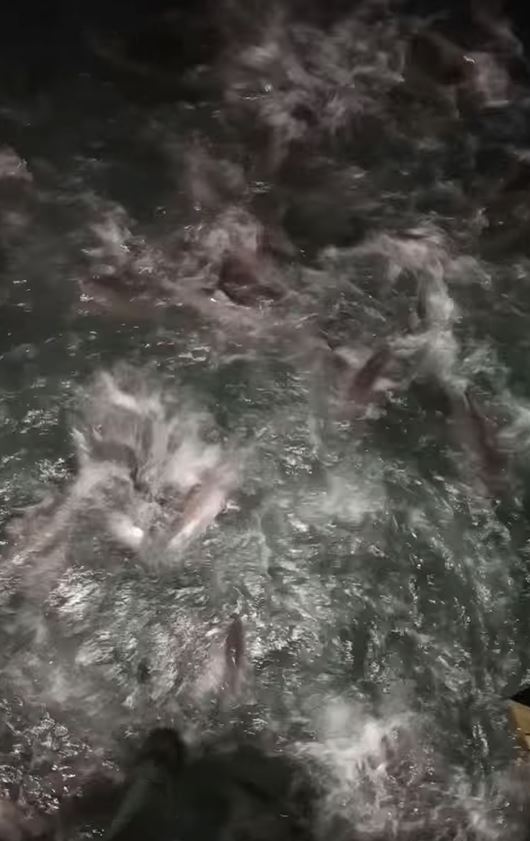 Onlookers at the Surf City Ocean Pier in North Carolina could "feel" the pier move during the raging frenzy and recorded it happening.

The clip shows a large cluster sharks pent up in a small patch of water and violently flapping their fins as hunted for food.

One onlooker can be heard saying this was the second feeding of the night and that the sharks were eating mullet.

The beasts eventually ran out of food and dispersed, although a large number decided to stay nearby the pier.

One wrote: "Crazy… I have never seen that many sharks in the water at the same time."

Another posted: "I've never seen anything like that before holy cow."

Other speculated the sharks were being fed.

One queried: "Looks like that black tube, feeding them?"

Another added: "Sharks are moving south to warmer waters. It clearly looks like someone was feeding them for them all to act that way"

These scenes are quite common this time of year as sharks migrate to warmer waters south of the equator, with many passing by the North Carolina coastline.

Mullet and menhaden – which sharks prey on – also migrate at the same time.

They typically move in schools of tens of thousands and will hide under the fishing piers if a threat is detected as they try to use the structure as protection, according to Brobible.

It comes as drone footage showed the jaw-dropping moment a huge great white shark came within several feet of a child on a surf board.

In the heart-stopping clip, the predator can clearly be seen circling the kid plus another surfer off the coast of Del Mar, California.

The shark, which is bigger than a surfboard, appears to prowl around the child and the adult.

Scott Fairchild, the man whose drone caught the incredible moments told Fox News: "I was following it and I hadn’t seen the kid yet. I saw the dad see it. Very calmly, he calls his kid over and says, 'Hey look at this.'

"His dad starts to paddle closer and he points it out to him, and the kid has zero reaction. Like, 'Oh cool.'"

Luckily the great white was not hungry for humans that day and left the pair alone. 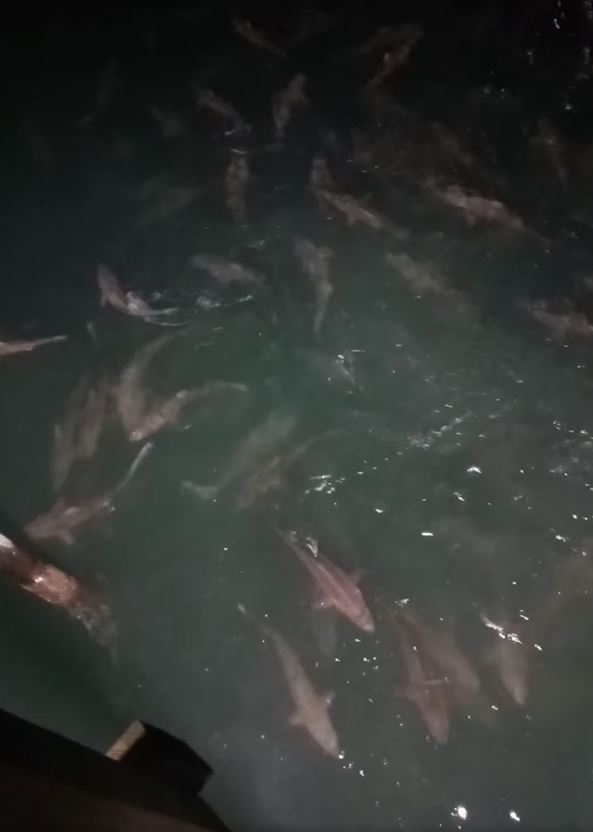