The incident took place in Utah on Saturday and footage shows Robert Brissette – who identified himself both in person and online – taunting the BLM protesters. 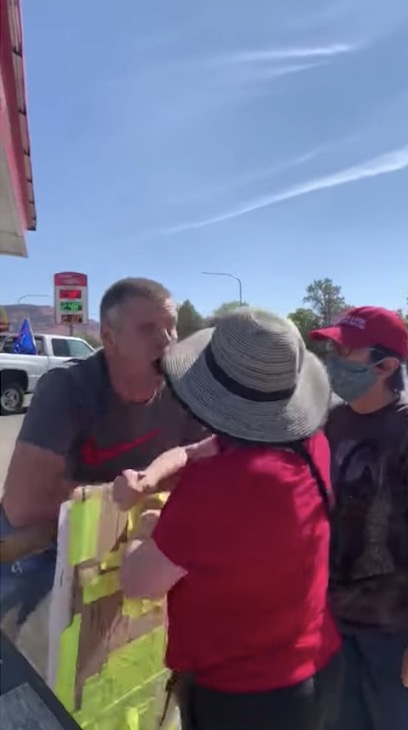 While encouraging those at the gas station protest to “find me on Facebook,” Brissette continues to yell at them: “I hate all you Democrats.” 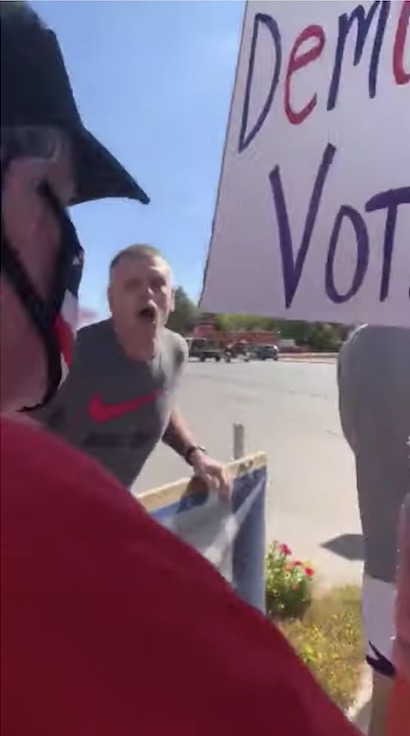 “Black lives don’t matter, all lives matter,” he says, before pointing at one particular protester and saying: “You look like a pansy a*s piece of s**t, too.”

He then gets close to protesters’ faces and begins to aggressively cough on them. 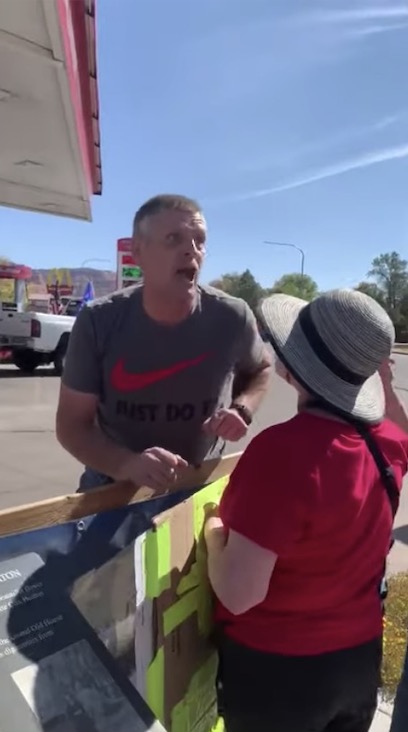 One protester who was coughed on whacks Brissette in the face as he continues to cough.

Brissette then coughs in another protester’s face as they, too, hit him.

A BLM protester then walks through and tries to get the demonstrators away from Brissette.

“Oh, I’m so scared of your little f**king virus,” Brissette says in a mocking tone before telling the protesters he could charge them with assault for hitting him after he coughed on them. 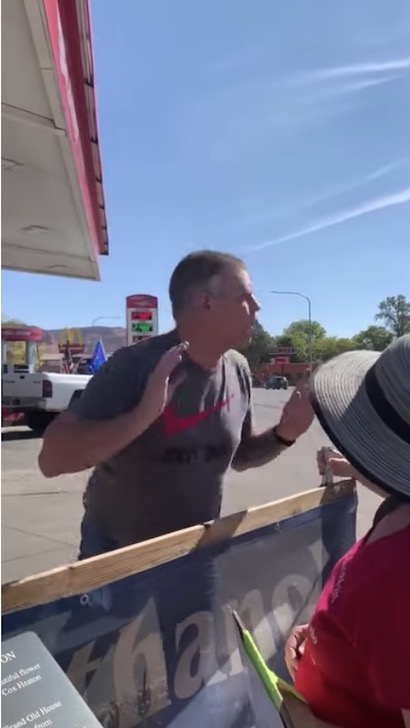 Brissette confirmed on Facebook that it was him in the video, writing on Saturday that he “got attacked today by the local Biden/BLM people.”

“I was at the gas station getting gas and another pick up rolled coal on them they singled me out because I had my Trump flag on my truck,” he wrote.

He then alleged that two protesters “threw rocks” at him before they “verbally attacked” him.

“I called them out. It turns into an arguement. And got out of hand,” Brissette said. “I walk away after getting hit by two women and I fake coughing on them.” 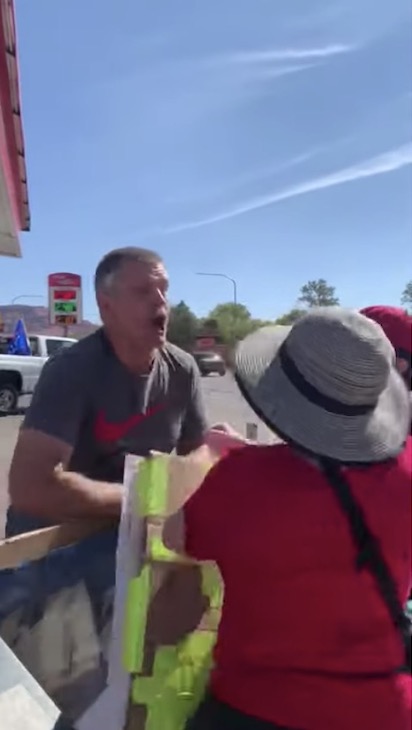 Brissette claimed the video that has since gone viral falsely shows him “as the aggressor” in the situation and wrote “do not judge me from the video it’s not the hole (sic) story.”

But Facebook users commented on his post to “stop trying to play victim” and one user called him a “racist.”

“So the video made you start saying ‘black lives don't matter’ and cough right in some peoples' faces, did it?” someone commented. “And for the record, you got hit -after- your coughing episode.”

Another commenter responded: “What kind of snowflake gets so upset over words that they have to ‘fake cough’ on little old ladies?” 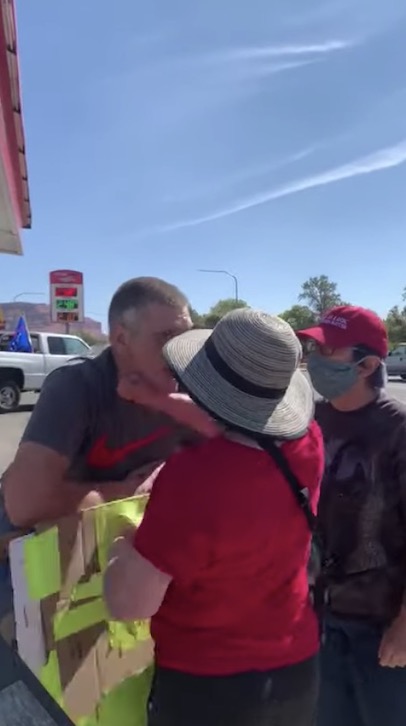 “Hope he gets what's coming for him!!” someone else wrote. “Piece of s**t excuse for a human being… can't wait for this election to be over!!”

Brissette posted a link to a GoFundMe for himself on his Facebook page – but the link was no longer working as of Thursday.

In Utah, where it was reported the interaction took place last weekend, nearly 90,000 cases of coronavirus and at least 520 virus-related deaths have been reported.

It's unclear if Brissette will face any charges.

A 33-year-old man was hit with several charges – including threatening terrorism – over the summer in Utah for coughing on cops and claiming he had Covid.