SHOCKING video shows a car salesman clinging to the bonnet of a BMW as a thief speeds away at over 62mph.

Moe Al Kaissy, 23, desperately held onto a windscreen wiper as the bandit took him on a terror drive through red lights in Canada. 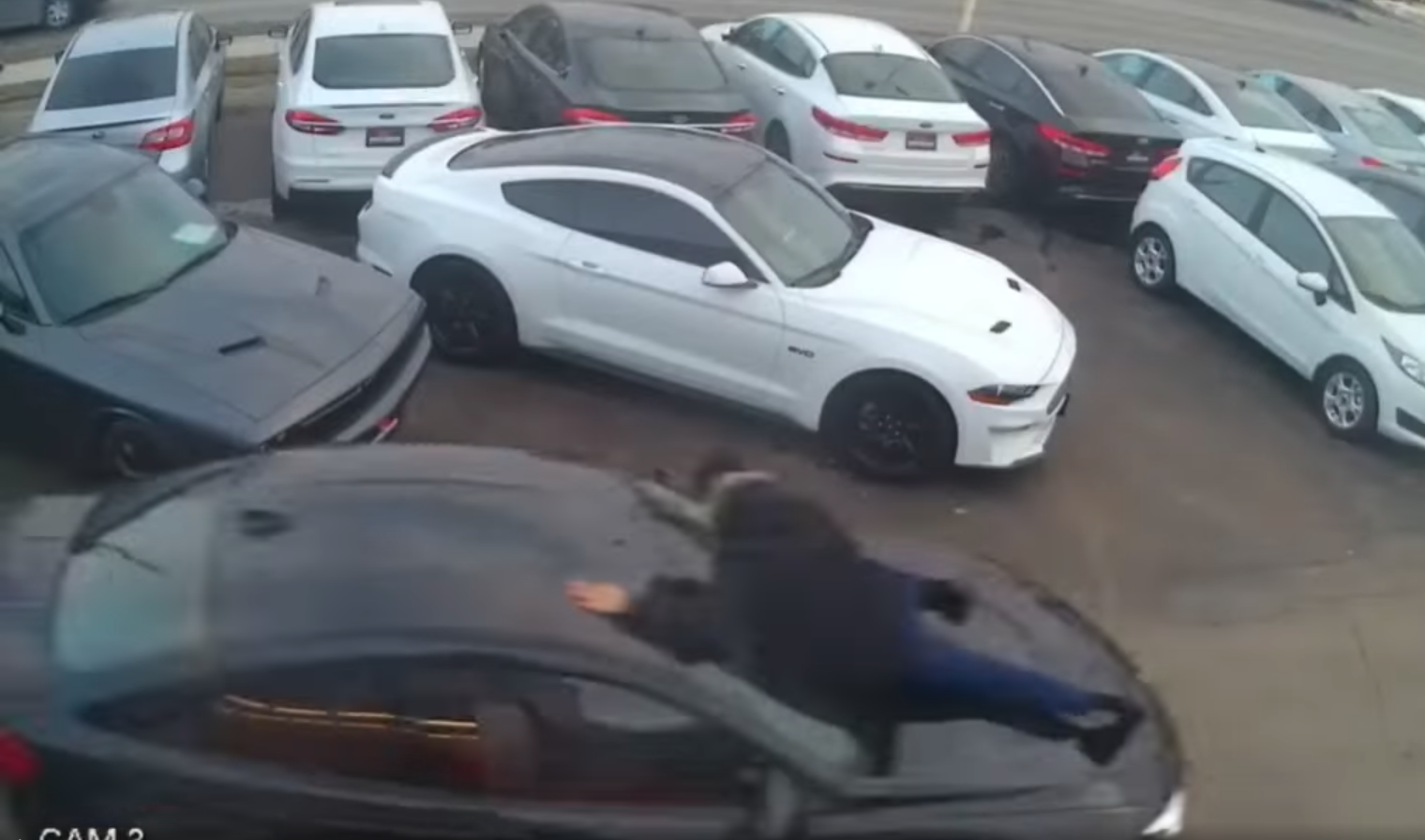 He clung on for more than 1km (0.6 miles) before tumbling off into a busy highway.

As Moe staggered to the kerb, he was almost mown down by the thief's apprentice driving a silver Audi – missing killing him by inches.

Police are hunting the thieves who struck the Sport Motors dealership in London, Ontario, last Wednesday.

The smartly dressed thief arrived in the Audi with the other suspect and asked to see a black 2018 BMW M4 worth £41,000.

Moe turned on the engine, but kept the keys as he stepped outside to let the "customer" make a phone call.

He was standing right in front of it when the thief floored the accelerator and drove right at him.

Moe told local CHCH News: "My instinct was just to hang on.

"I was screaming for them to stop. Screaming for other cars to call 911, for somebody to just do something." 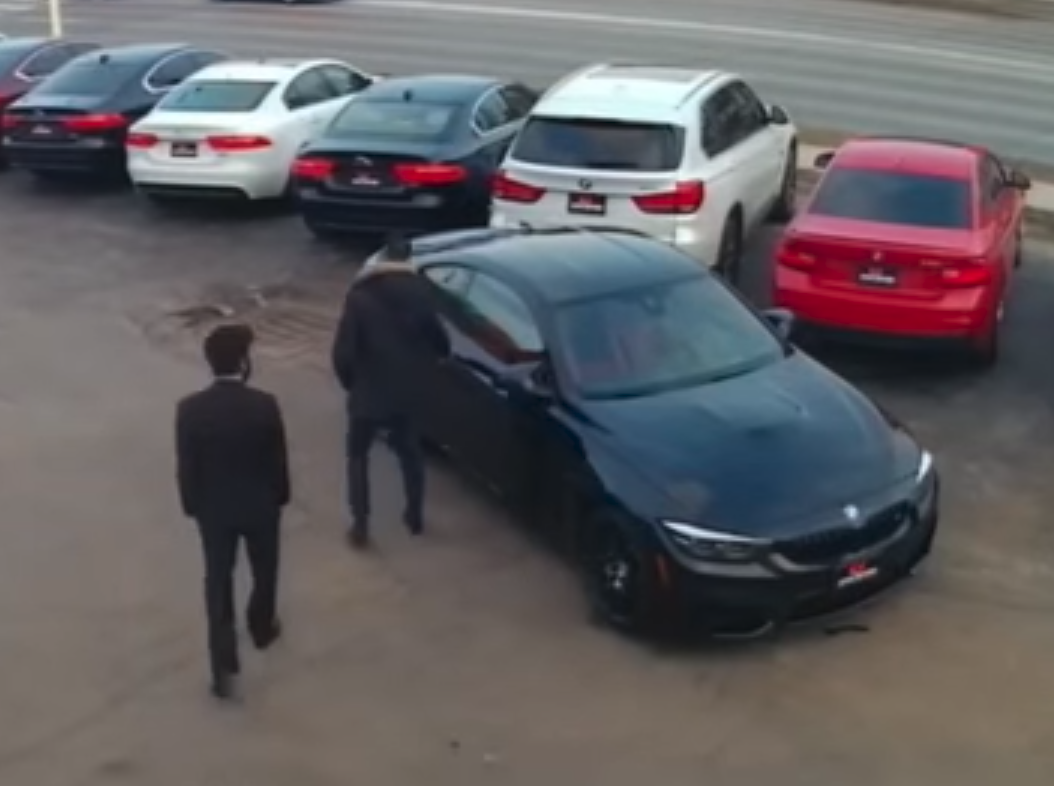 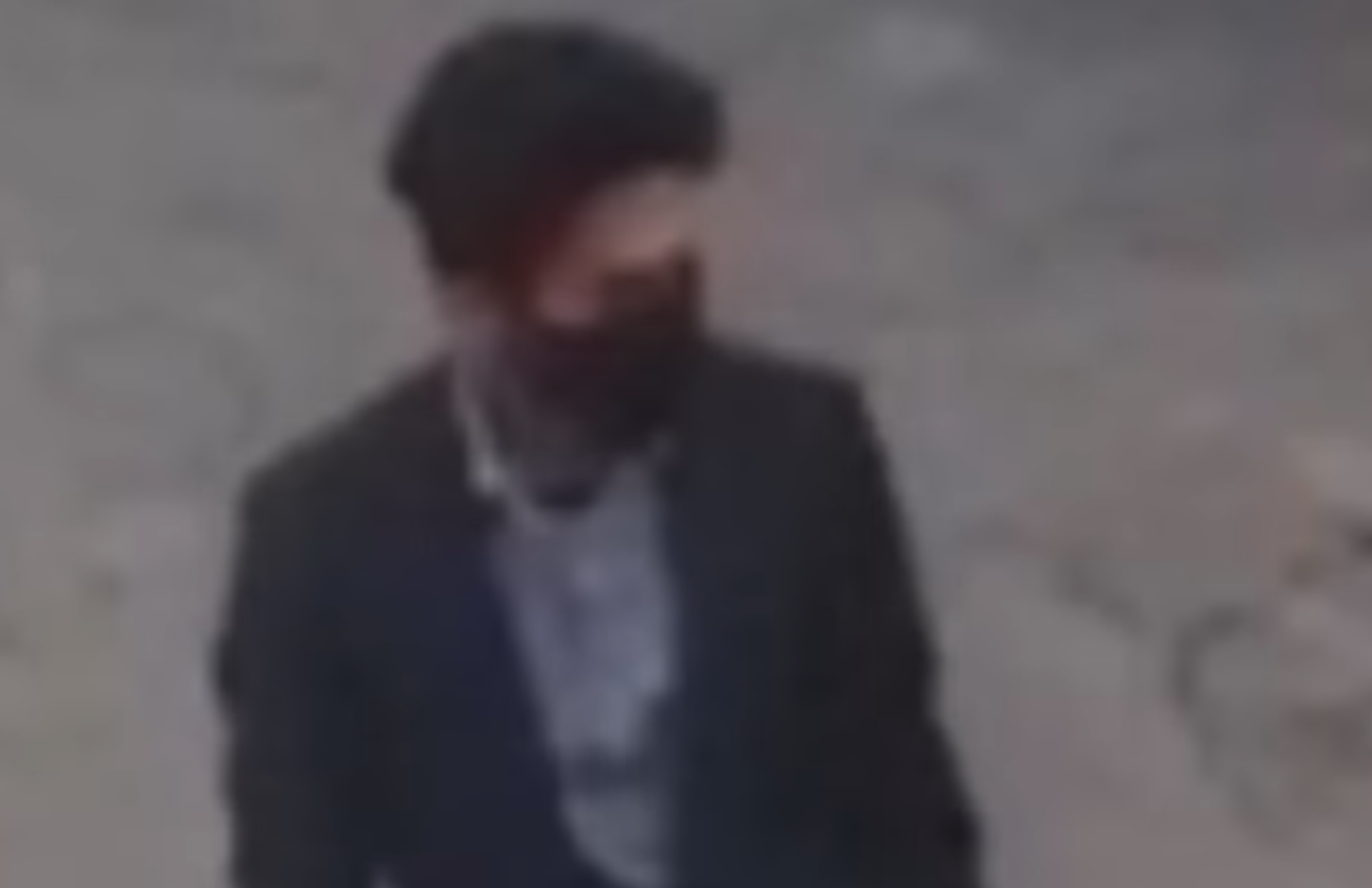 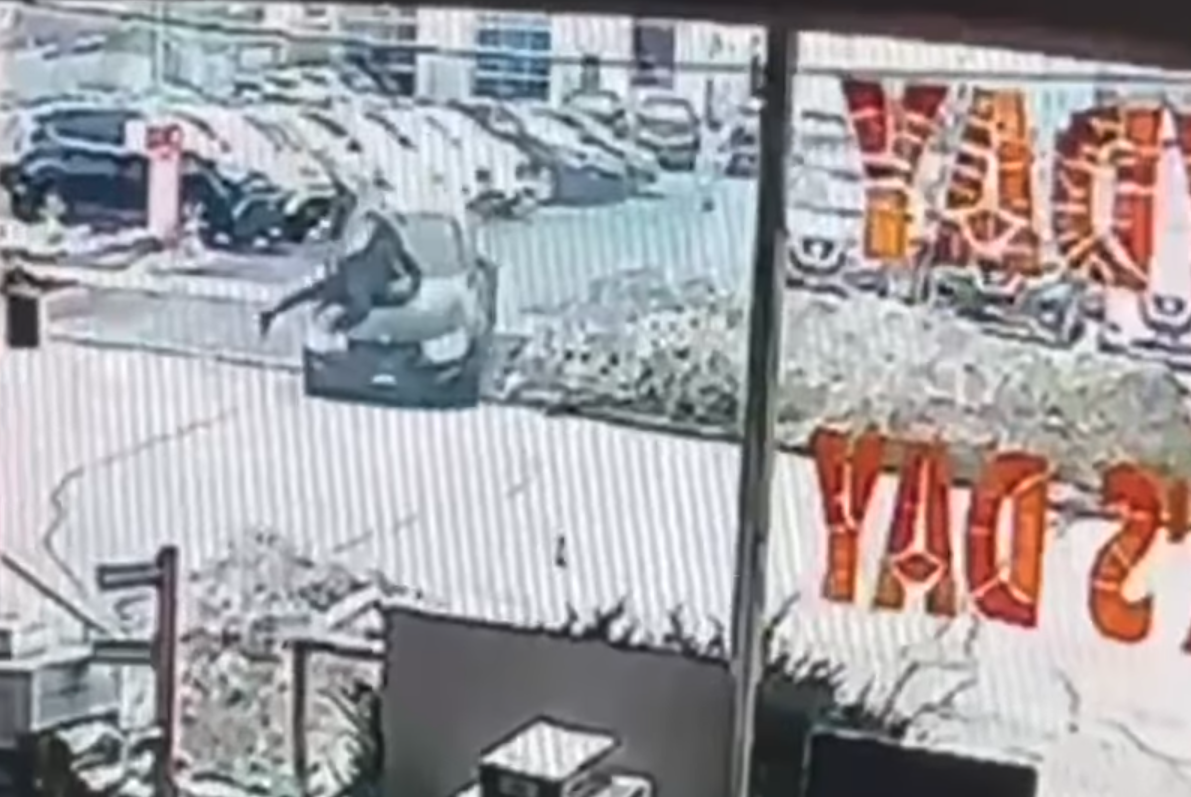 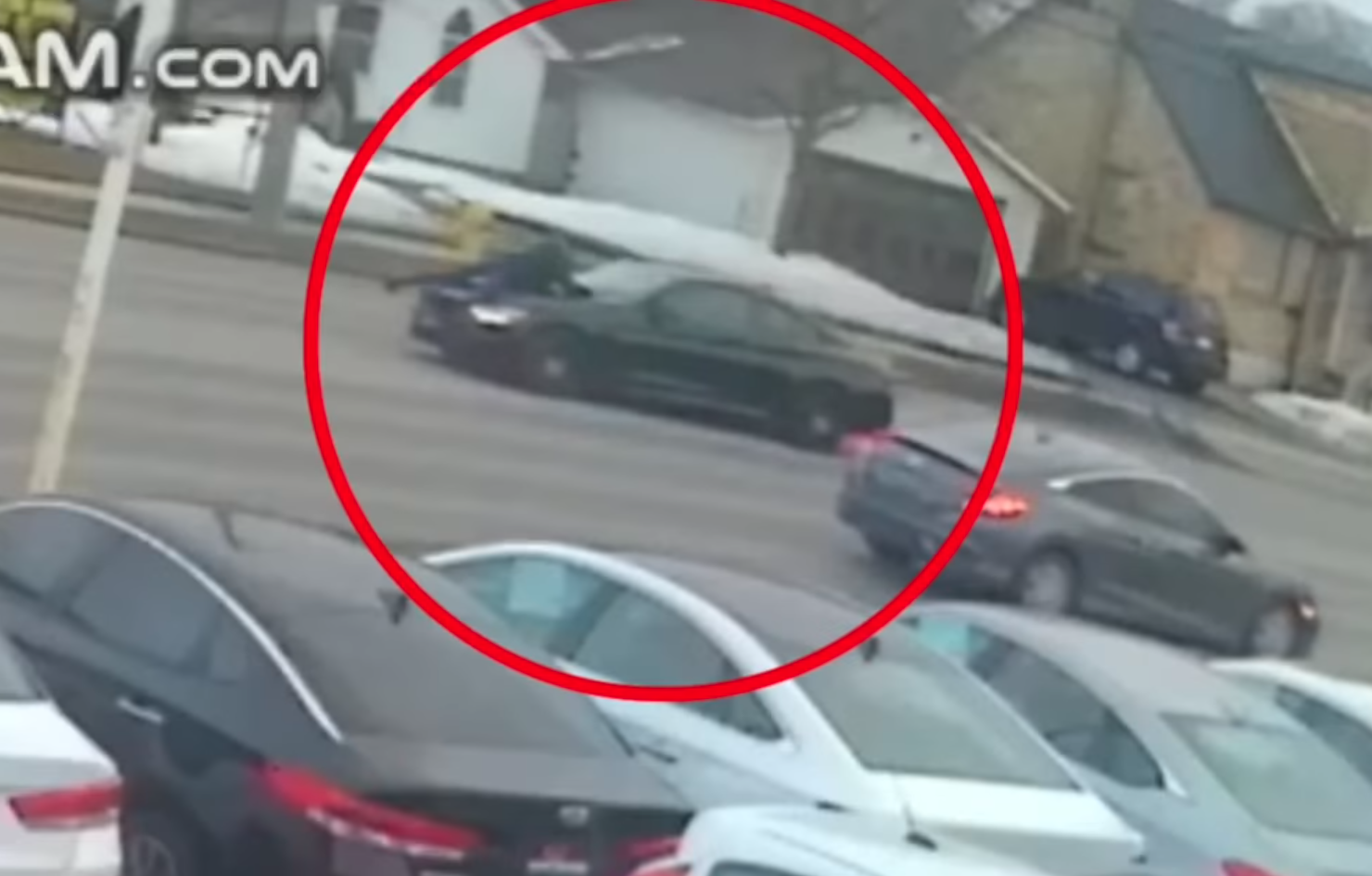 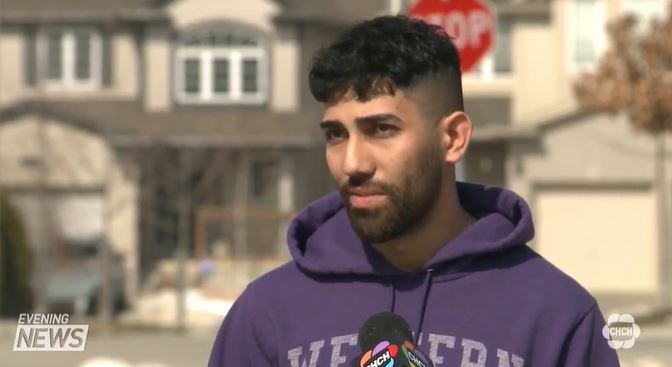 Terrifying video shows Moe on the bonnet as the thief races out of the forecourt and weaves through oncoming traffic.

Moe's brother Mustafa said: "He was swerving right and left aggressively to try to throw Moe off the vehicle."

When the BMW slowed in heavier traffic, Moe decided it was chance to let go and roll off into the road.

Other cars are seen stopping the video as Moe skids along the tarmac.

But the silver Audi comes racing up a bus lane apparently trying to hit Moe.

He escaped with only a minor knee injury and bruises.

The dealership said in a post on Facebook: "We are thankful for our sales rep to be alive.

"The more people that see this, the higher the chances of identifying these criminals and stopping them from doing more harm to anyone in the future."

The car's GPS tracker showed it was driven two hours to North York, near Toronto.

But the tracker went dead and police admit they have no leads to go on.

It comes after video showed a biker clinging to a lorry for 19 miles after a hit and run crash that killed his wife.

An alleged drug driver refused to stop after his articulated lorry rammed a motorbike with a husband and wife on board on a motorway in Brazil.

Anderson Antonio Pereira, 49, was injured but managed to hold on to the cab's side door while his wife Sandra lay dying.

He clung on for another 19 miles before bystanders forced the lorry to stop and apprehended the driver. 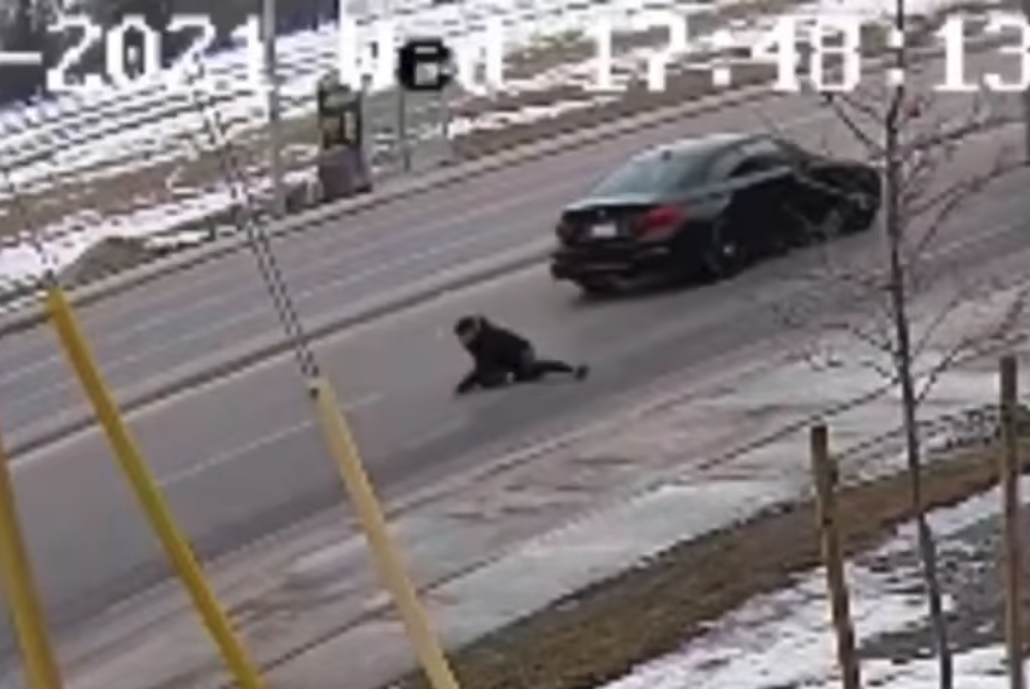 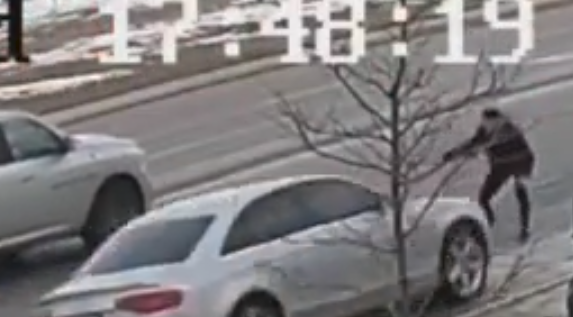