SIX in 10 Brits think Prince Harry and Meghan Markle should be stripped of their royal titles or stop using them, a poll has revealed.

The Sussexes have continued to use their titles despite leaving the Royal Family and moving to California with son Archie.

🔵 Read our Meghan and Harry live blog for the latest updates 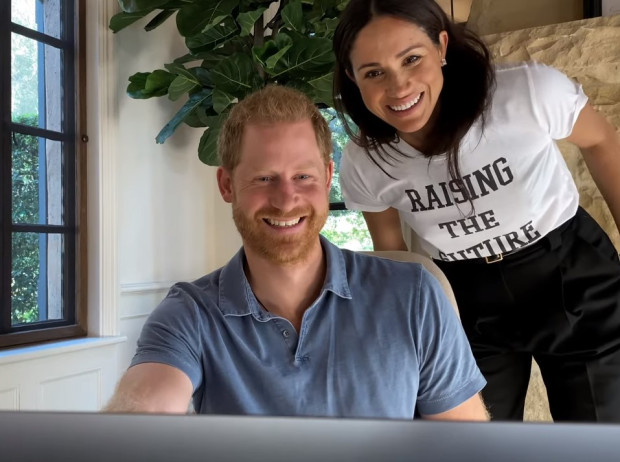 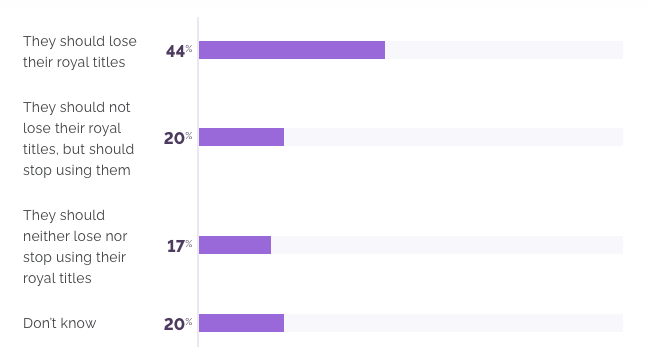 The results of the YouGov poll come on the couple's third wedding anniversary after they were married on this day in 2018.

A poll of 4,567 people found that 44 per cent of respondents believed that the couple should lose their royal titles.

Some 20 per cent said that the couple shouldn't lose their titles but should stop using them now they have left the UK.

Only 17 per cent believed Harry and Meghan should keep using their royal titles, while 20 per cent didn't know.

The poll results come amid increased tensions between Harry and the rest of his family.

In an explosive podcast last week, Harry blasted his 72-year-old dad Charles's parenting and said he moved to California to "break the cycle of pain" for his wife Meghan.

Harry claimed his dad “suffered” due to his upbringing by the Queen and Philip, then “treated me the way he was treated”.

Harry spoke about his mental health struggles in a brutally frank, and profanity-laden, chat with US podcast host Dax Shepard.

He also claimed that he was told “you need help” while he was ­growing up but rejected it, saying: “There is nothing wrong with me.”

Only weeks after telling Oprah Winfrey in a bombshell interview that his dad was “trapped”, Harry again opened up about their father-son relationship.

He said on the “Armchair Expert” podcast: “I verbalise it, which is, ‘Isn’t life about breaking the cycle’?

"There’s no blame, I don’t think we should be pointing the finger or blaming anybody.

“But certainly when it comes to parenting, if I have experienced some form of pain or suffering because of the pain or suffering perhaps my father or my parents suffered, I’m gonna make sure that I break that cycle so that I don’t pass it on, basically.

“There is a lot of genetic pain and suffering that gets passed on ­anyway. As parents we should be doing the most that we can to say, ‘You know what, that happened to me, I’m gonna make sure that’s not going to happen to you’.”

Meghan is expecting a daughter — the couple’s second child — this summer with the family now settling in to their new life in the United States.