The one minute forty clip was originally posted by the Republicans’ House Committee on the Judiciary account. It depicts scenes of violence and intimidation across the United States following the death of George Floyd whilst being detained by police at the end of May.

The President shared with clip along with the message “Sleepy Joe’s USA!”.

‘Sleep Joe’ is a nickname Mr Trump uses to refer to Mr Biden, his rival for the presidency.

Diners are shown being harassed by protestors from the ‘Black Lives Matter’ movement, with one women being surrounded after refusing to raise her fist in solidarity. 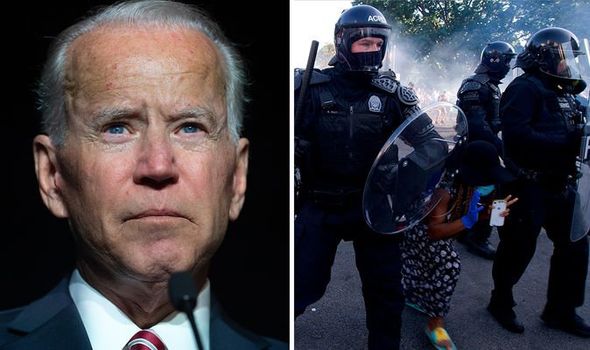 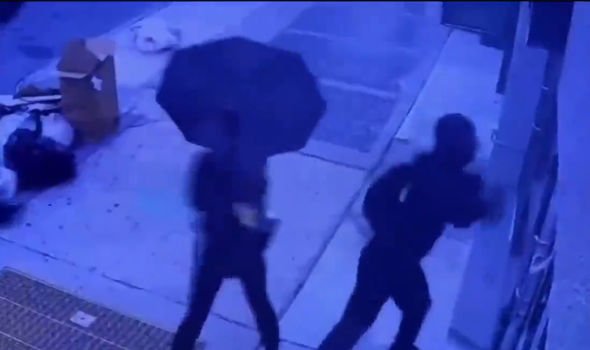 News clips from CNN and MSNBC are also included in which warnings are given about the electoral impact of the ongoing violence.

In one a CNN commentator stated: “I think this is a blind spot for Democrats.

“I think Democrats are ignoring this problem or hoping that it will go away and it’s not going to go away.”

In another Reverend Al Sharpton, a noted civil rights leader, is seen being interviewed live on MSNBC. 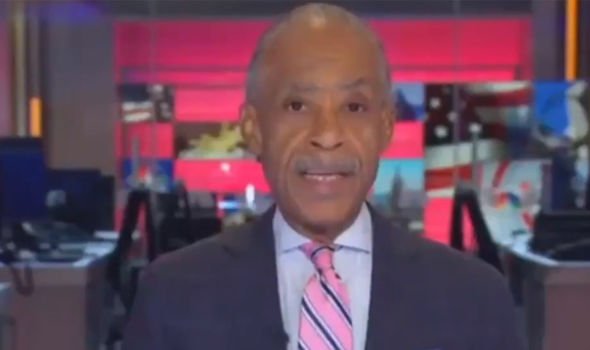 He comments: “To take all policing off is something that I think a latte liberal may go for as they sit around the Hamptons discussing this as some academic problem.”

In response the police lost funding in a number of major cities including New York, where the NYPD had its budget slashed by $1billion (£770million).

Following the unrest Mr Trump has made law and order a key pillar of his re-election strategy. 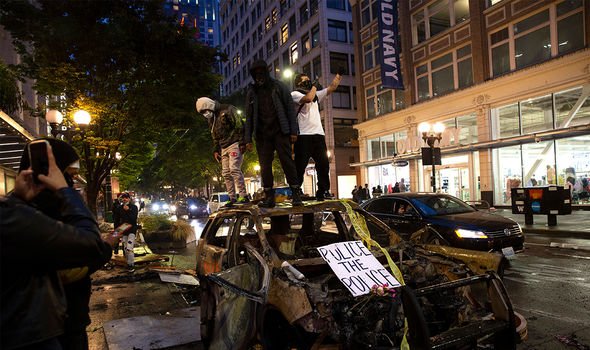 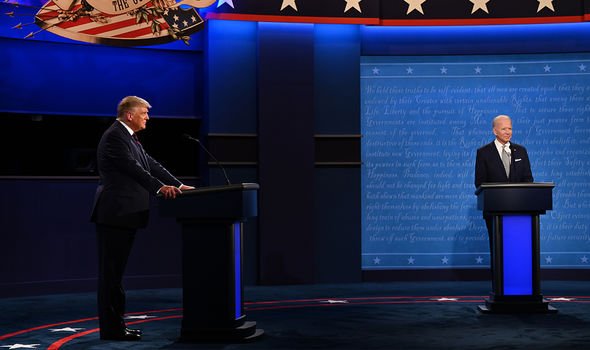 During Tuesday’s presidential debate with Mr Biden in Cleveland the president commented: “The Democrats who run these cities don’t want to talk like you [Biden] about law and order.

“Are you in favour of law and order?

“If he ever got to run this country, and they ran it the way he would want to run it, our suburbs would be gone and you would see problems like you’ve never seen before.”

Mr Biden replied: “I am in favour of law and order.

“Law and order with justice where people get treated fairly.

“And the fact of the matter is violent crime went down 17 percent during our administration.”

From 2009 to 2017 Mr Biden served as vice president in Barack Obama’s administration.

However, a number of social media users responded to Mr Trump’s tweet by criticising his record on law and order. 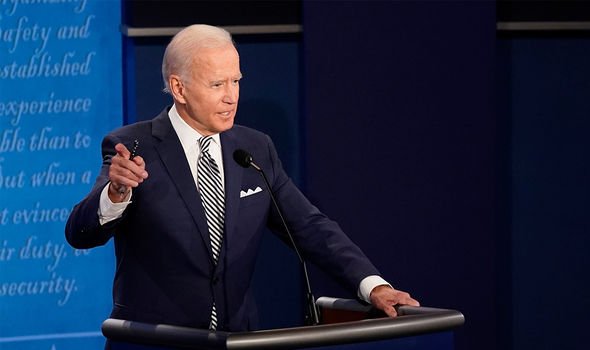 One commented: “You’re the president currently – it’s your America.”

Another added: “This is Donald Trump’s America.”

Mr Biden is the favourite to win November’s presidential election.