The developer of private members club Soho House has abandoned Melbourne for Sydney after its plans to build a luxury boutique hotel in South Yarra met strong opposition from councils and a local residents’ group.

The global hospitality brand was the venue for Prince Harry and Meghan Markle’s first date in London, but the cache of having the hospitality destination in their neighbourhood didn’t cut any ice with the Melbourne South Yarra Residents Group after a property consortium planned to transform the historic Poolman House mansion on Domain Road in South Yarra.

The consortium, which spent $100 million developing Sorrento’s Continental Hotel, applied to create a luxury boutique hotel with a penthouse and club complex with a 3am weekend licence after it paid about $18 million for the property on the corner of Domain Road and Punt Road. 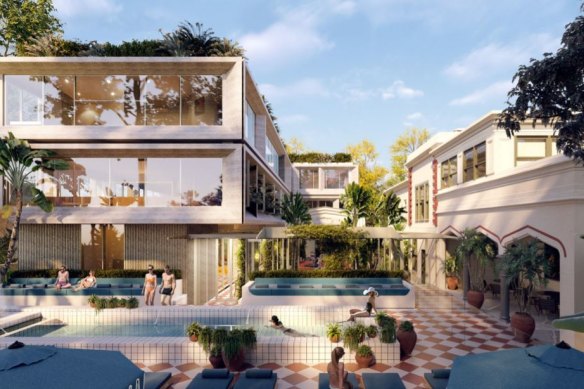 An artist’s impression of the pool and courtyard for Melbourne’s Soho Club.Credit:Contour Consultants Australia

The mansion had been a noted high society venue after the Poolman family bought it in 1921 and installed a grand ballroom.

The consortium – the Victor Smorgon Group, Kanat Group and developer Trenerry Property Group – took its proposal to create a boutique hotel and first-of-its-kind private members club in Australia to VCAT after it was rejected by the City of Melbourne earlier this year.

But the group withdrew its VCAT application in the teeth of concerted opposition from the City of Melbourne and Stonnington and Port Phillip councils and the residents’ group.

Robert Dicintio, director at Trenerry Property Group, said the company withdrew after a high number of local objections. “Despite initially indicating support for the application, City Of Melbourne then did a complete about-face and withdrew support,” Dicintio told The Age. 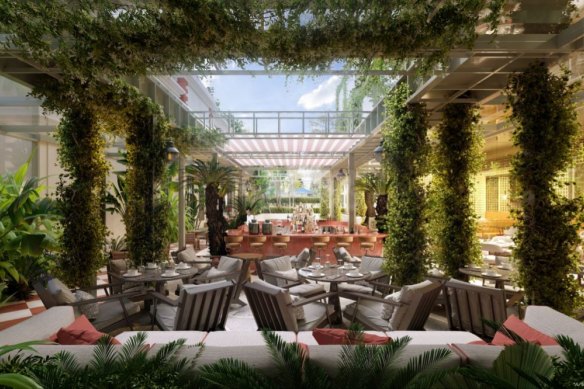 An artist’s impression of a bar and lounge of Melbourne’s Soho Club.

“It was clear to us that the members club model was not understood by the City of Melbourne despite a global movement towards membership hospitality-based business models.

“Apart from the wasteful use of resources and money, the withdrawal of the application is a significant loss to Melbourne in securing a world-class boutique hotel and hospitality business. Our efforts are now focused on Sydney.”

Plans for the site included transforming the existing mansion and building a three-storey boutique hotel and club with a swimming pool, two restaurant-bars and a garden lounge. 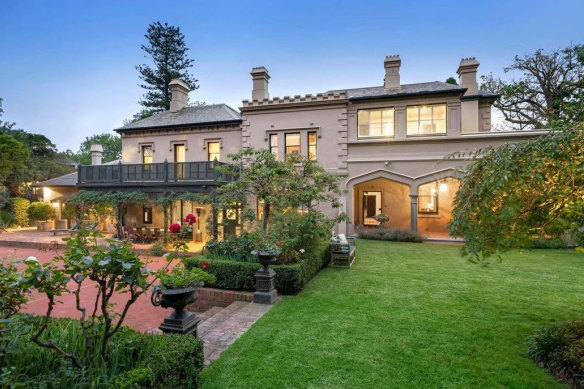 The six-bedroom Poolman House will no longer be home to Australia’s first Soho Club.Credit:Domain

“Residents were very concerned about this application in a residential zoned area. That was the wind behind our sails,” said Gayle Gledhill, president of the Melbourne South Yarra Residents Group.

Other members of the residents’ group include Jan Armstrong-Conn OAM, who was secretary of the Lilian Frank Special Events Committee at the Royal Children’s Hospital in the 1980s, and noted filmmaker David Parker.

Soho House never publicly confirmed its interest in the site but planning documents made reference to an “international private members’ club operator” with venues in New York, London, Barcelona and Berlin – all Soho House sites.

And a council source confirmed to this newspaper a year ago Soho House was the expected operator. Its members’ clubs attract clientele in the media and marketing industries a world away from the lawyers and politicians who frequent the traditional members’ clubs such as The Australian and Melbourne Club.

Soho House did not respond to an inquiry from The Age, which was told that a company executive was in Australia recently scouting for suitable locations. The company’s preferred business model is to maximise profits by co-locating clubs with boutique hotels, which generate more revenue.