The US Army’s first trans officer has been freed on home detention with no bond after being charged with conspiring with her wife to pass military secrets to Russia.

Major Jamie Lee Henry, 39, and Johns Hopkins doctor Anna Gabrielian, 36, were indicted of using their secret security clearance at North Carolina’s Fort Bragg to steal the records from the base’s hospital, according to the Department of Justice.

The pair are now both back home, with Gabrielian freed on a $500,000 unsecured bond.

A Maryland court has ordered that they be released while being monitored 24/7.

The court also ruled that Henry may be ordered to undergo psychiatric or medical treatment.

The couple, from Rockville, had met with an undercover FBI agent in August, who they believed was from the Russian embassy, in order to deliver files that the Kremlin ‘could exploit.’ 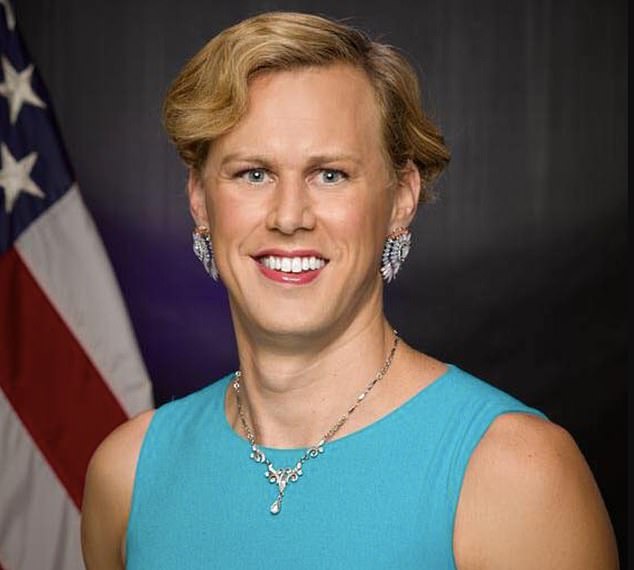 Major Jamie Lee Henry, the Army’s first trans officer, and her wife were indicted for attempting to pass medical records of senior military officers and their families to the Russian government in an FBI sting operation 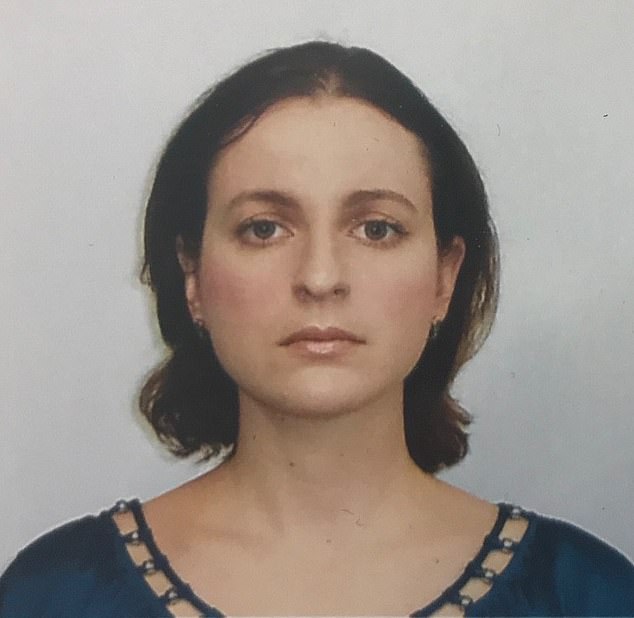 Dr. Anna Gabrielian, an anesthesiologist at Johns Hopkins, said her actions were fueled by her patriotism to Russia as she sought to hand over files the Kremlin ‘could exploit’

As part of their release, Henry and Gabrielian were ordered to surrender their passports and refrain from owning any firearms or weapons.

A 5-mile perimeter has also been set up around the couple’s home, where alarms will be triggered if they break the condition of their confinement.

Attorneys for the couple did not immediately respond to DailyMail.com’s request for comment.

According to the indictment, which was unsealed on Thursday, Gabrielian said she was motivated by her patriotism to Russia, with Henry using her clearance as a staff internist to help secure the files on the officers and their families.

It is unclear why Gabrielian felt patriotic towards Russia, and if she has family ties to the country.

Fort Bragg is among one of the most populated military installations in the world, housing about 52,000 active duty soldiers. The base is home to the US Army’s Delta Force and Special Operations Forces.

‘My point of view is until the United States actually declares war against Russia, I’m able to help as much as I want,’ Henry allegedly told the undercover agent when they met to set up the deal in August. ‘At that point, I’ll have some ethical issues I’ll have to work through.’

‘You’ll work through those ethical issues,’ Gabrielian allegedly replied, adding that Henry was a ‘coward’ over fears of breaking HIPPA.

Gabrielian an instructor of anesthesiology and critical care medicine at Hopkins, told the undercover agent on August 17 that ‘she was motivated by patriotism toward Russia to provide any assistance she could to Russia, even if it meant being fired or going to jail.’

Gabrielian Johns Hopkins profile shows that she speaks Russian and earned her medical degree at the University of Pittsburg School of Medicine in 2012.

She married Henry in 2015, the same year the major officially came out as transgender. 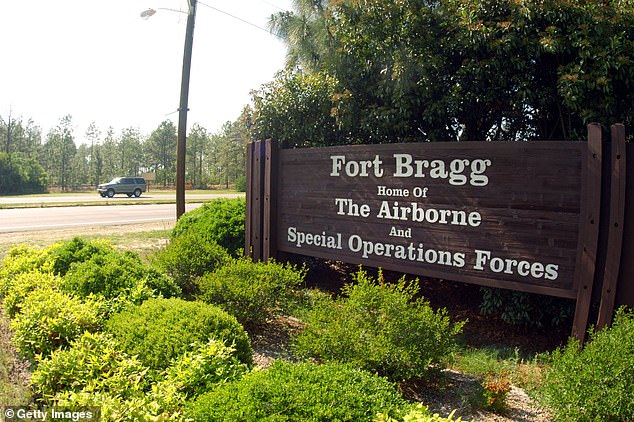 Gabrielian allegedly told the agent that Henry had not only access to medical information at the military base, but also insight on how America was training the military to provide assistance to Ukraine.

During that meeting, Henry allegedly told the agent that she had tried to enlist to fight for Russia against Ukraine.

‘Henry explained to the [undercover agent that they were] committed to assisting Russia, and he had looked into volunteering to join the Russian Army after the conflict in Ukraine began, but Russia wanted people with ‘combat experience,’ and he did not have any,’ the indictment said.

‘Henry further stated: ‘The way I am viewing what is going on in Ukraine now, is that the United States is using Ukrainians as a proxy for their own hatred toward Russia,” the charging document alleged.

By August 31, Gabrielian met a the agent in a hotel in Gaithersburg, Maryland, offering medial records of a spouse from a service member in the Office of Naval Intelligence and of a relative from an Air Force veteran.

‘Gabrielian highlighted to the [undercover agent] a medical issue reflected in the records of [the military member’s spouse] that Russia could exploit,’ the indictment reads.

During the August 31 meeting, Henry also handed over medical information on five patients at Fort Bragg, including that of a retired Army officer, a Department of Defense employee and spouses of active and deceased veterans, according to the indictment 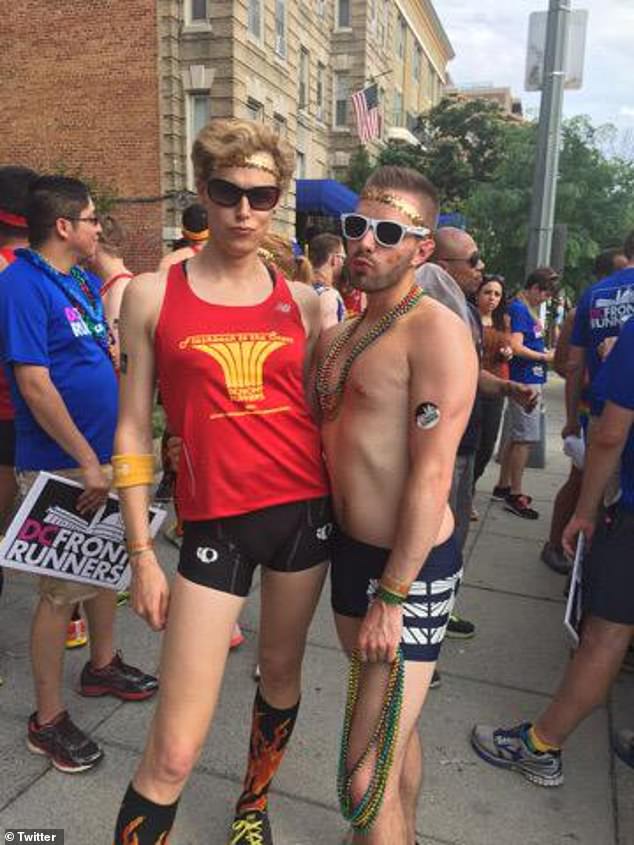 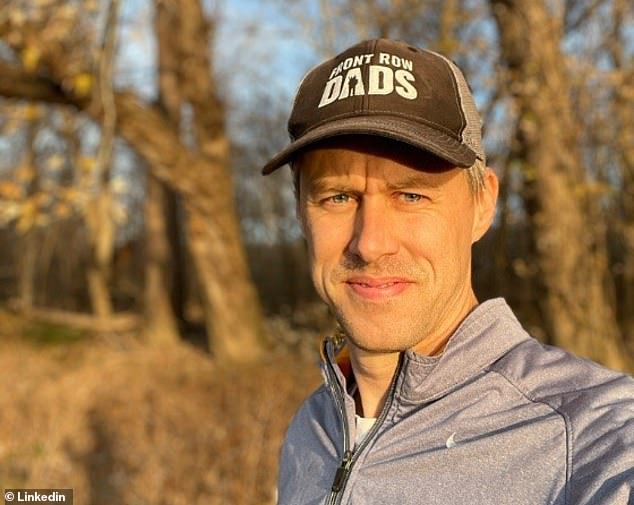 The couple also allegedly spoke with the agent about contingency plans for their family should the operation be exposed.

‘Gabrilelian suggested a cover story for their interactions, and a plan for Gabrielian and Henry’s children flee the US quickly if Gabrielian and Henry were told to act in a way that could expose their communications and actions to the US government,’ the indictment reads.

The anesthesiologist allegedly told the agent to help their children get ‘a nice flight to Turkey to go on vacation because I don’t want to end in jail here with my kids being hostages over my head.’

The pair were ultimately charged with conspiracy and wrongful disclosure of individually identifiable health information.

They face up to 15 years in federal prison if convicted of both charges.

In a statement, a spokesperson for Johns Hopkins said: ‘We were shocked to learn about this news this morning and intend to fully cooperate with investigators.’

Representatives for the Army and Department of Justice did not immediately respond to DailyMail.com’s request for comment.

In 2015, Henry was reported to be the first known active-duty Army officer to come out as transgender.

In May of 2015, the Army granted Henry’s request to officially change her name and gender, with the army using female pronouns in its filings.

It was a first for the Army, which had long maintained that being transgender or being diagnosed with gender dysphoria is incompatible with the military and grounds for dismissal.

Henry had joined ROTC at age 17, and has been treating service members as a doctor and internist for 17 years since her first rotation at Walter Reed.

The major had previously touted the Army and its leadership for accepting her identity as a transgender woman.