Some hospitals across the United States say their beds are full as cases of respiratory viruses continue to increase among children.

According to the Centers for Disease Control and Prevention, infections due to respiratory syncytial virus, or RSV, have spiked by 69% over the last four weeks from 4,667 to 7,917 and are appearing earlier than usual.

MORE: Is the US facing a potential ‘tripledemic’ of flu, RSV and COVID-19?

At the same time, doctors are preparing for what could be the most severe flu season seen in years after little-to-no flu activity during the pandemic and the potential threat of COVID-19, which has traditionally increased during Thanksgiving over the last two years. 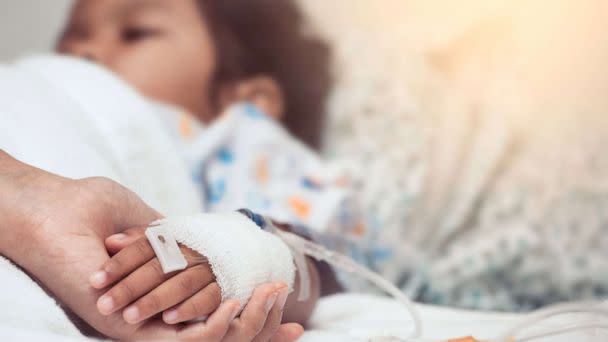 “We have been operating at essentially near capacity for the past several weeks,” she told ABC News.

Patel said the high number of patients is mainly due to a mix of RSV cases and flu cases, the latter of which are 10 times higher this year compared to last year at her hospital.

“What I can tell you about the flu, which is pretty dramatic compared to last year, is we’ve seen already 80 patients that are positive for the flu across our health system, which is compared to only eight from last year. So, we really are seeing this early flu surge,” she said.

Because of the surge in patients, this has led to between 10 and 20 children at any given point at Children’s National emergency room waiting for a pediatric intensive care unit (PICU) bed, although Patel says PICU-level care has been provided to kids who are waiting to be transferred.

Additionally, staff at University of California, San Francisco Benioff Children’s Hospital, in Oakland, say they are currently operating at capacity.

MORE: Flu cases on the rise as US prepares for possibly severe season, data shows

“We are earlier than usual in having a situation where our beds are full,” Dr. April Zaat, a pediatric hospitalist at Benioff Children’s, told local affiliate KGO-TV ABC 7. “I came in this morning and I’m on one of the in-patient teams. My team is full, our respiratory unit is full, and there were five to seven kids in the emergency room waiting for beds.”

Zaat continued, “A lot of them have respiratory illnesses, like rhinovirus, enteroviruses. Sort of a potpourri if you will of respiratory viruses that are causing virus in kids. RSV is the main player.”

Doctors are urging parents to get their children vaccinated, particularly against COVID-19 and the flu, to protect themselves and to help prevent an already strained health care system from becoming overburdened.

“One of the best ways to keep kids and adults out of the hospital is to make sure they’re up to date on their vaccinations,” Patel said. “I’m not just a PICU doctor, I’m also a mom. I made sure that my two-and-a-half-year-old is up to date on not only her COVID vaccination, but she’s also received her flu shot — and that is one of the best ways to prevent severe disease and hospitalization in our children.” 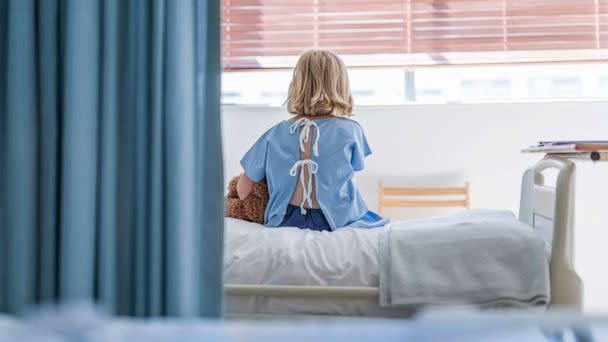 In addition, Patel recommended that parents make sure their children are practicing good hand hygiene and staying home if they are sick. She also suggested families that have high-risk members consider wearing masks when indoors.

“Despite the constant debate about whether they work, the truth is that when masks are mandated viral transmission was very low,” she said. “So, particularly in families where there are high-risk individuals at home, I would not hesitate to ask your children to wear masks if they’re amenable to that.”

Some US hospitals report beds are full among increase in respiratory infections in children originally appeared on abcnews.go.com