A bill in Tennessee that would require drunk drivers who kill the parent of a minor to pay child support unanimously passed the state Senate on Wednesday.

The bill requires anyone convicted of vehicular homicide due to intoxication, or aggravated vehicular homicide, when the victim is the parent of a minor child to pay restitution for each child until they are 18 and have graduated high school.

Courts are charged with determining the amount of child support on a case-by-case basis in the bill, depending on the circumstances of the children and their living guardians. If a defendant is unable to pay while incarcerated, they will have one year after release to begin payment.

The bill was also known as "Bentley's Law" after an child in Missouri whose parents were killed in an accident involving a drunk driver, according to news reports.Cecilia Williams is now raising her orphaned grandchild and has advocated for the bill. 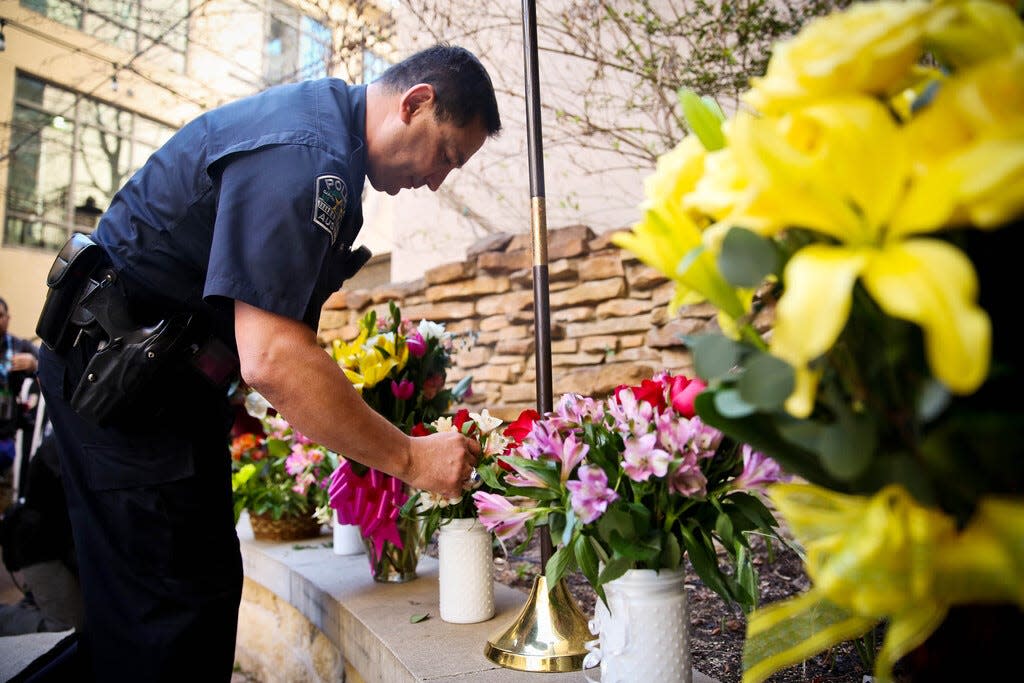 Lacey Newton, 25; her fiance, Cordell Williams, 30; and their 4-month-old son, Cordell Shawn Michael Williams, were killed in April 2021 when they were rear-ended, forcing their vehicle off the road and into a tree where it also caught on fire, police said. David Goss Thurby was charged with driving while intoxicated.

It was amended before passage to be named "Ethan's, Hailey's, and Bentley's Law," to include the children of Tennessee officer 38-year-old Nicholas Galinger who was killed in 2019 in a hit-in-run by a drunk driver, local outlets including ABC affiliate News9 reported.

Janet Hinds, 57, was convicted in Galinger's death and sentenced to 11 years earlier this year. Hinds hit Galinger late at night while he was inspecting a manhole cover. Prosecutors said Hinds was driving above the speed limit. She was also convicted of reckless driving, leaving the scene of a crime, failure to report an accident, speeding, failing to exercise due care, failure to maintain lane and driving under the influence.

The bill previously passed unanimously in the state House.

On average, 28 people are killed in drunk-driving crashes every day in the U.S., according to the National Highway Traffic Safety Administration. That makes more than 10,000 people killed every year. Drunk-driving accidents account for about 30% of all traffic fatalities, according to NHTSA.