James rolled his ankle after stepping on New Orleans Pelicans center Jaxson Hayes’ foot in the first half of Sunday's loss. James finished the game, playing 42 minutes with 39 points, nine rebounds and five assists. After the game, he talked to reporters with his ankle heavily taped and said it felt “horrible.”

James isn’t the only Lakers player dealing with an extended injury.

If Anthony Davis continues to progress in his rehab from a MCL sprain/foot sprain, he’s targeting a return on either Friday at home against New Orleans or Sunday when Denver visits, sources said.

Davis has missed the past 17 games, including Tuesday.

Kendrick Nunn, who hasn’t played a game all season due to a bone bruise in his knee, is expected to sit the remainder of the season to continue rehabbing, sources said.

Nunn has a $5.2 million player option for next year.

The Lakers are currently in 10th place in the Western Conference, which is the final play-in tournament spot. The San Antonio Spurs are a half-game behind the Lakers.

The Lakers’ remaining schedule includes two games against the sixth-place Denver Nuggets, and games at the NBA-leading Phoenix Suns and the third-place Golden State Warriors. 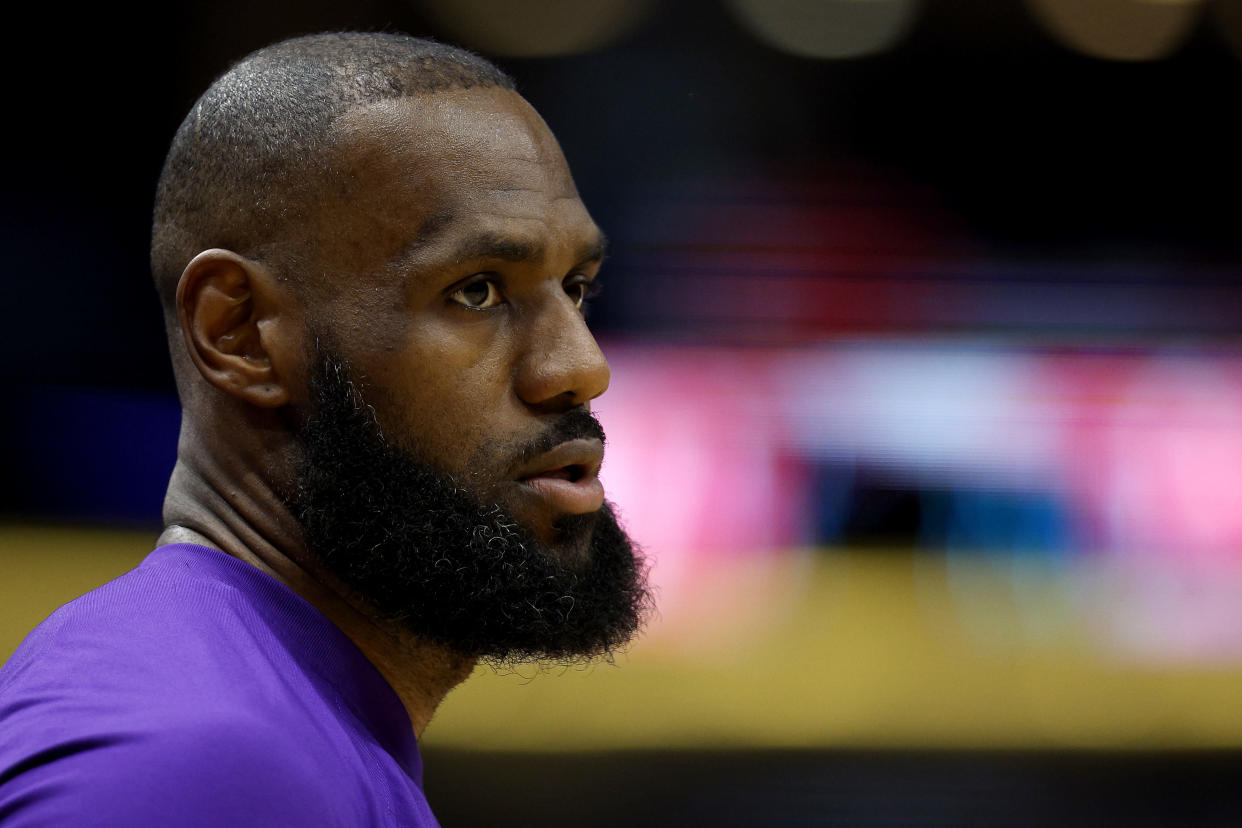