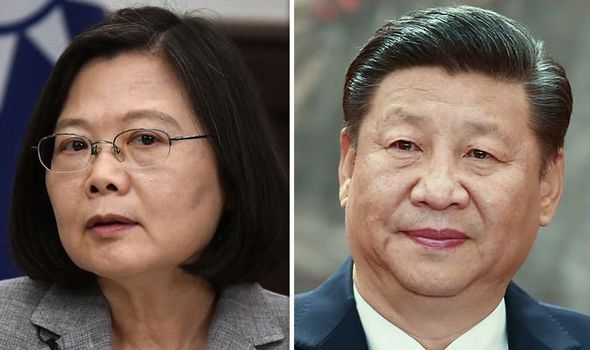 Tensions erupted between the two countries after both laid claims in the disputed seas. The bitter rivalry has seen Taiwan accusing Beijing of infiltrating the island and attempting to gain influence. China’s navy has recently expanded from two to six brigades while Taiwan’s 2028 defence budget was 14.5 less than China’s.

The DIA’s 2019 report to Congress on Chinese military power has said China will compel Taiwan to abandon independence and join forces with the mainland.

The report said: “The People’s Liberation Army (PLA) continues to prepare for contingencies in the Taiwan Strait to deter, and if necessary, compel Taiwan to abandon moves toward independence.

“The PLA also is likely preparing for a contingency to unify Taiwan with the mainland by force, while simultaneously deterring, delaying, or denying any third-party intervention on Taiwan’s behalf.”

“The PLA is capable of accomplishing various amphibious operations short of a full-scale invasion of Taiwan. 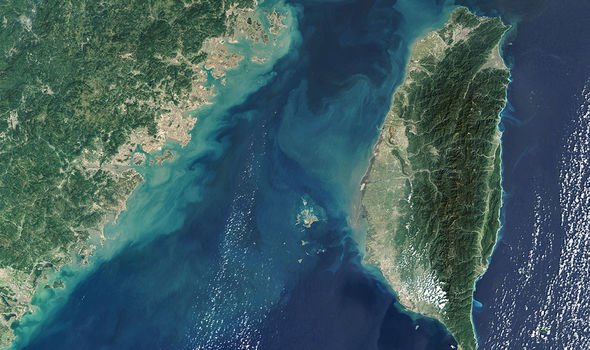 “With few overt military preparations beyond routine training, China could launch an invasion of small Taiwan-held islands in the South China Sea such as Pratas or Itu Aba.

“A PLA invasion of a medium-sized, better-defended island such as Matsu or Jinmen is within China’s capabilities.” 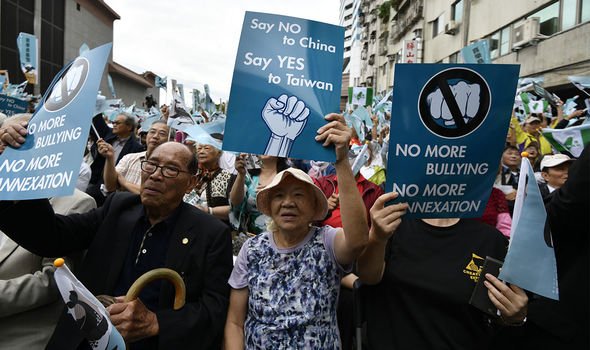 “The creation of the SSF likely improves the PLA’s ability to execute and coordinate information operations particularly cyber, electronic warfare, and counterspace in a Taiwan contingency.”

The report added Taiwan’s military advantages have eroded since China’s modernised its military.

Analysts said: “Although Taiwan is taking important steps to compensate for the growing disparities—building its war reserve stocks, growing its defence-industrial base, improving joint operations and crisis response capabilities, and strengthening its officer and noncommissioned officer corps.