SEOUL (Reuters) – South Korea on Wednesday advised people to stop using liquid e-cigarettes due to growing health concerns and vowed to speed up an investigation into whether to ban sales, a move likely to hit major producers such as Juul and local tobacco company KT&G.

While long-term health impacts from vaping remain largely unknown, e-cigarettes were viewed as a healthier alternative that could help users quit smoking when they were first launched a few years ago.

But countries around the world have been pulling electronic cigarette products from markets and restricting advertising as vaping faces increased scrutiny.

“The current situation is considered as a serious risk to public health,” South Korea’s health minister Park Neung-hoo told a briefing, citing cases of lung injuries associated with e-cigarette use in the United States.

U.S. health officials have so far reported 33 deaths and 1,479 confirmed and probable cases from a mysterious respiratory illness tied to vaping.

A pneumonia case of a 30-year old South Korean e-cigarette user was reported this month, the health ministry said.

Park said the government would speed up its own studies to determine if there was a scientific basis to ban sales of liquid e-cigarettes, which vaporize liquid containing nicotine. 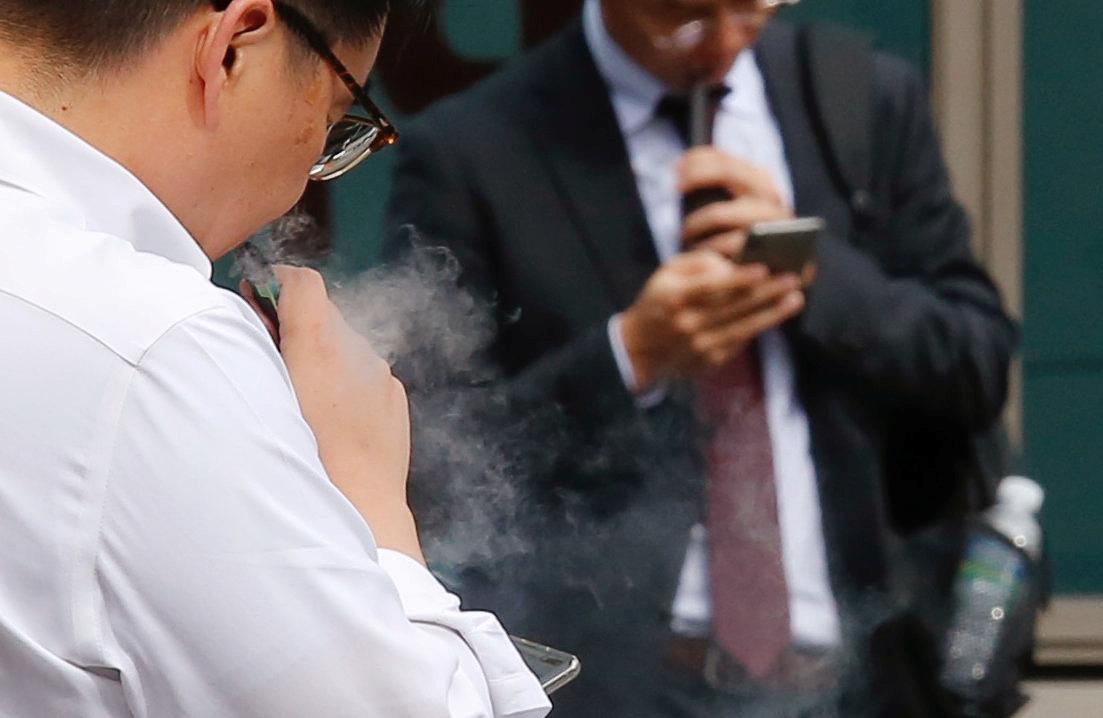 A rival technology, which heats but does not burn tobacco, has been authorized by the U.S. Food and Drug Administration (FDA) and has avoided much of the recent regulatory crackdown globally.

The South Korean office of U.S. e-cigarette maker Juul Labs said in a statement their products had no harmful substances. Juul, 35% owned by Altria Group Inc, began selling its devices in South Korea in May.

KT&G Corp, a South Korean tobacco maker which sells Lil Vapour e-cigarettes, said it would cooperate with the government’s policies after results of the ongoing probe came out.

Since smoking was banned indoors at places like restaurants and cafés in 2015, South Korea become less tolerant of smokers. But e-cigarettes have been gaining popularity in the country’s $16 billion tobacco market since 2017.

E-cigarettes accounted for 13% of South Korea’s tobacco market by sales as of June, according to government data.

South Korea is the world’s No.2 market of heated vape products after Japan, worth $1.7 billion, according to Euromonitor, but liquid e-cigarettes are less popular.

The United States has already announced plans to remove flavoured e-cigarettes from stores, citing alarming growth in teenage use of the products

India also discontinued the sale of e-cigarettes in September, warning of an “epidemic” among young people.