SEOUL (Reuters) – Dozens of South Korean conscientious objectors were released from jail on parole on Friday after a landmark court decision that conscience is a valid reason to refuse mandatory military service. 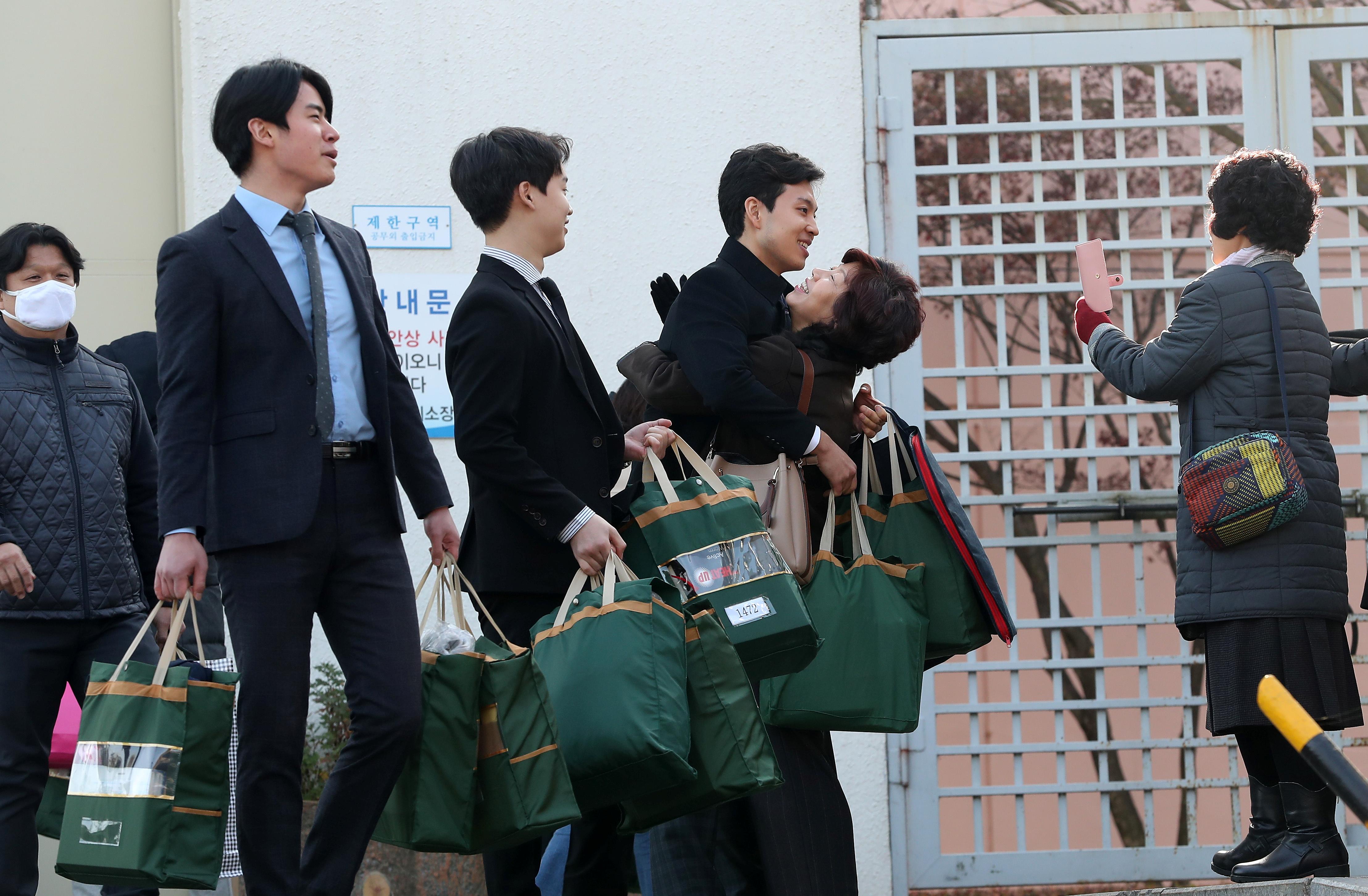 The Supreme Court, South Korea’s top court, overturned earlier in November about five decades of precedents that punished conscientious objectors, a change that is in step with shifting attitudes as relations with North Korea thaw.

An official from the Ministry of Justice said on Friday the ministry decided to release on parole 58 conscientious objectors who had been in jail for six months or more.

That would reduce the number of conscientious objectors in jail from 71 to 13, South Korean online media Money Today reported, citing an unidentified law enforcement source.

The parolees will be doing community service, the justice ministry official said.

Among those released, eight clean-shaven young men, some dressed in suits, stood in front of Daegu Detention Centre to pose for media photographs. The parolees were released from several detention centers around the country.

“I fully understand critical views on conscientious objection, given that in South Korea we have a duty of national defense,” one of the men, a 26-year-old surnamed Kim, told Yonhap news agency.

“Whether it’s alternative service or community service, we hope to diligently do the work given to us and change views from negative to positive,” he said.

The 58 released on Friday had been serving jail terms of up to three years under the Supreme Court’s previous interpretation of the Military Service Act that said religious beliefs or conscience were not valid reasons to refuse mandatory service.

Conscientious objectors were soon expected to have the option of alternative service, although the period and type of service have yet to be decided.

The 36 months of alternative service compares with 18 months of mandatory army service by 2022.