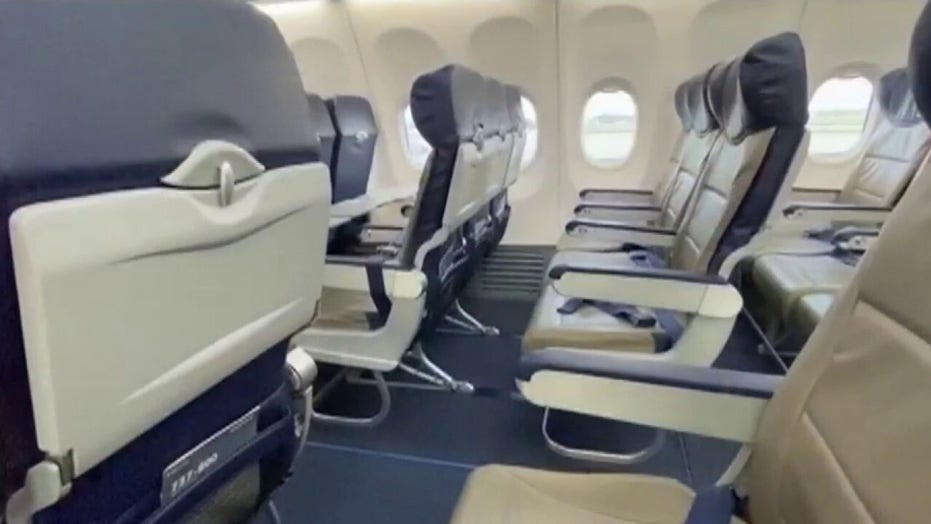 Coronavirus impact on the future of air travel

President of the Association of Flight Attendants, Sara Nelson, joins Arthel Neville to discuss the future of air travel amid the coronavirus outbreak.

A passenger on a flight from Miami to Chicago Tuesday afternoon refused to comply with the plane’s face mask policy and was “verbally abusive” to the crew, Southwest Airlines said.

No physical altercation occurred, but the passenger had to be escorted out of the airport by local law enforcement when the plane landed at Chicago Midway Airport.

A Chicago Police Department spokesman said the incident was resolved at the scene and no charges were filed.

Tuesday’s episode is one of more than 500 unruly passenger cases that have been reported to the Federal Aviation Administration by airlines since late December, the majority of which involve non-compliance with the mask mandate.

FAA Administrator Steve Dickson signed a “zero tolerance” policy in January due to “a disturbing increase in incidents where airline passengers have disrupted flights with threatening or violent behavior.”

The order implemented fines of up to $35,000 and potential imprisonment for anyone who assaults, threatens, or interferes with crew members. 20 enforcement actions have been taken since January and the FAA is still reviewing more than 450 cases.

That stricter policy was originally supposed to end Tuesday, but the FAA extended it.

“I have decided to extend the FAA’s unruly-passenger zero-tolerance policy as we continue to do everything we can to confront the pandemic,” Dickson said about the extension, which will last as long as the CDC and TSA’s transportation mask order stays in effect.

“The number of cases we’re seeing is still far too high, and it tells us urgent action continues to be required,” he added.