His songs are fabulously popular, known for their furious dance beats, absurd lyrics and tongue-in-cheek videos that poke fun at Russian stereotypes, pop culture and trappings of wealth. But in just four months, Ilya Prusikin’s life has turned upside down — he is in self-imposed exile for expressing his horror at Russia’s invasion of Ukraine.

He lives in fear that he will never again see his home.

“They are depriving me of a right to say that I don’t agree with murder,” said Prusikin, the lead singer for the Russian band Little Big, speaking via Zoom from an apartment in Los Angeles.

As Russian tanks rolled into Ukraine in late February, Little Big posted a “No War” message on its social media channels in Russian and English. Less than a week later, Prusikin, 37, along with the band’s female vocalist Sonya Tayurskaya, 31, left their home in Moscow for the U.S.

They faced the stark choice that many Russians opposing the war have confronted amid an unprecedented crackdown on free speech by President Vladimir Putin’s government. For most Russians who don’t agree with the war, new draconian legislation threatening jail time for any criticism of the armed forces has meant a choice between speaking out and leaving their homeland, or staying put and facing probable arrest and imprisonment.

This intensifying repression, reminiscent of the Soviet era, clashes with the Western-influenced music scene that gave birth to Little Big, a self-described “punk-pop-rave band.” The four-person band viral hit “Skibidi” spawned a dance craze in Russia and around the world in 2018, and has nearly 620 million views on YouTube — numbers on par with world stars like Beyonce and Justin Bieber. The band was also Russia’s pick to go to Eurovision in 2020.

The band had not waded into Russian politics until after the war, when it released an “anti-war manifesto” — a new song and video that takes direct aim at the government. Called “Generation Cancellation” the video has been viewed more than 7 million times. In it, soldiers are moved like pawns on a chessboard, TV propaganda flows down sewage pipes into people’s brains, and a man in a power suit pushes a red button with the word “cancel” on it.

“This was a scream from the heart for us,” Prusikin, sporting his signature patch of black hair on a completely blonde-dyed head, said. “We just wanted to speak out.”

In a press release announcing the song’s release, the band openly condemned the actions of the Russian government and said their disgust with war propaganda had led them to “leave everything behind and start our lives from scratch.”

Almost immediately, Prusikin said, they were accused of being “traitors” by pro-government media and what he calls pro-Kremlin bots on social media.

They have been particularly criticised for fleeing to the United States, a country that has started wars in the past, Prusikin said.

“Every country starts wars, but in the U.S., I can be against the war. I can say it,” he added. “If they allowed me to say in Russia that I am against this, I would have stayed there.” 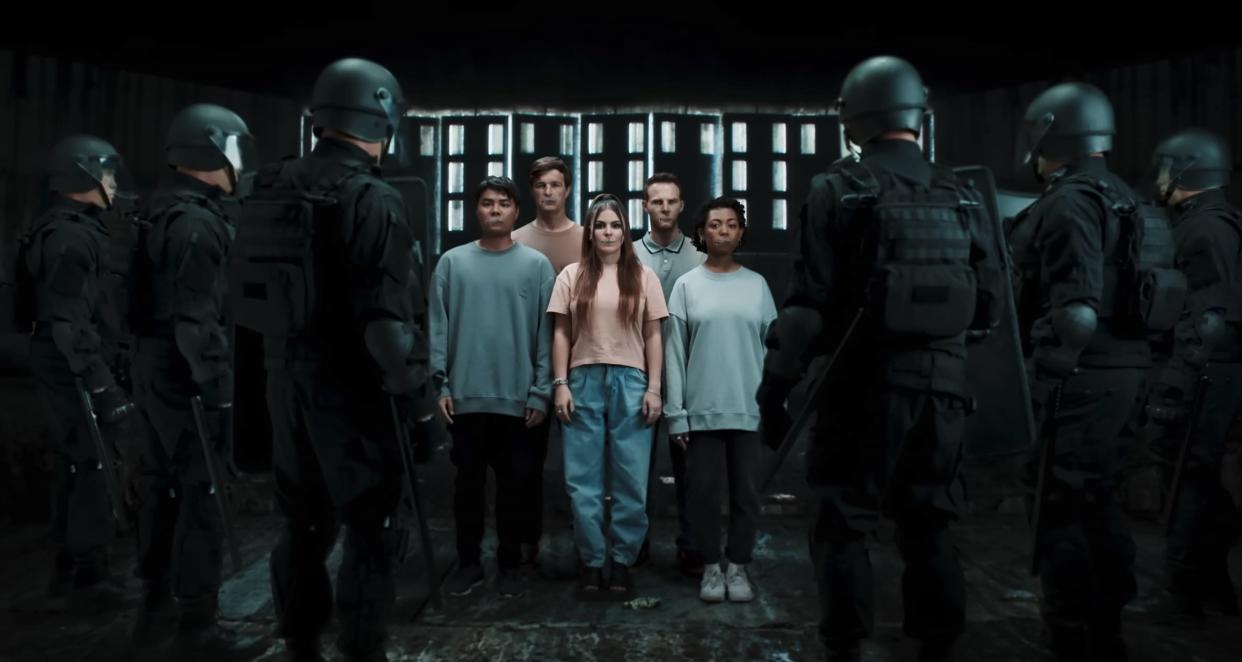 Russia’s hawkish parliamentary speaker Vyacheslav Volodin has also accused Russian elites like Little Big’s members, who “run away” to other countries and don’t support their country’s armed forces, of being traitors.

Many Russian celebrities, including actors, athletes and singers, have publicly thrown their support behind the war, openly backing President Putin. Some of the most vocal ​​include Oscar-winning Russian film director Nikita Mikhalkov, tenor Nikolai Baskov and actor Vladimir Mashkov, who appeared in a “Mission: Impossible” movie in 2011. That support was on full display at a televised star-studded rally concert, attended by the Russian president himself, in Moscow’s Luzhniki stadium on March 18.

But those who are against the war and can afford it, are increasingly choosing exile.

Comedian and TV celebrity Maxim Galkin, who before the war hosted several shows on Russia’s state TV channel and was considered part of the establishment, surprised many by his ardent anti-war stance, openly criticising the war on his social media channels and calling out Russian strikes on civilian targets in Ukraine.

Galkin, 46, has since performed several comedy gigs in Israel, where according to his social media he is currently based.

His anti-war statements have led pro-Kremlin media and its chief propagandists to lash out at Galkin, accusing him of being a traitor.

Galkin’s wife, Soviet-era singer Alla Pugacheva, has also been slammed for her husband’s position despite her near-cult status in both former USSR and modern Russia.

Galkin declined to speak with NBC News, saying he was not granting interviews.

One of Russia’s top actresses, Chulpan Khamatova, has also been met with a wave of scathing criticism after she co-signed an open letter to Putin, pleading with him to stop the war. Despite her fame and popularity for having founded one of Russia’s biggest children’s charities, she has since left the country for Latvia. 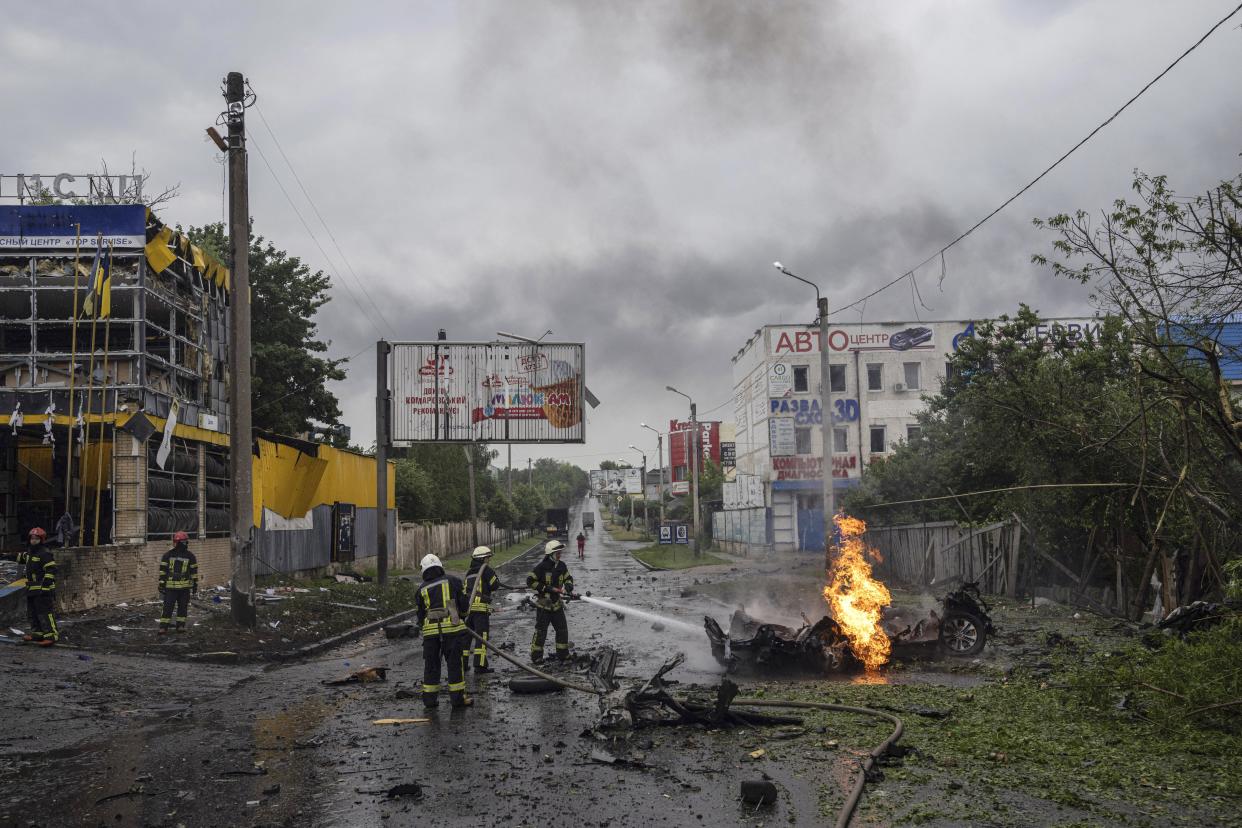 “I know that I am not a traitor,” Khamatova, 46, said in an interview with a Russian journalist shortly after leaving. “I love my motherland very much.”

Khamatova declined to speak with NBC News, adding that she had said everything she wanted to say about her position.

Meanwhile, Russia’s top late-night talk show, “Evening Urgant,” has been off air since the invasion started and its host, Ivan Urgant, declared his opposition to the war.

The show was one of the rare media spaces in Russia that tried to walk a fine line between humor and ridicule of Russian society and Putin’s government.

Russian media reported that Urgant, 44, and his family left the country for Israel in the early days of the invasion, but have since come back. He did not return requests for comment. Russia’s Channel One has also not responded to questions on when the show might return to air.

Back in Los Angeles, Prusikin was pondering his band’s new life in the U.S. and the way forward, unable to shake off the feeling that “everything will be forever bad” in Russia.

He said they feel at home in L.A. and have turned their frustration into writing new music and planning tours around the U.S. and Europe. They are also planning charitable concerts in support of Ukrainian refugees in August. The band had a tour planned in Russia this fall, but they have now cancelled it. Prusikin said their anti-war stance got them blacklisted as performers in Russia, and cost them advertising contracts. NBC News could not independently verify that claim.

They hope that the band’s two other members, who have for now stayed in Russia, can join them in California soon.

Asked if they would consider returning to Russia, Prusikin looked doubtful.

If nothing changes, he said he sees Russia gradually slipping into a military dictatorship, where people will be forced to speak along the party lines and even remaining silent will qualify as treason.

Instead, he said he wants to see his country thriving, with Russians becoming “trendsetters for good.”

“Anything but hate and war,” Prusikin added.