Speaker says a majority of the 225-member assembly supported a no-confidence motion against newly appointed PM. 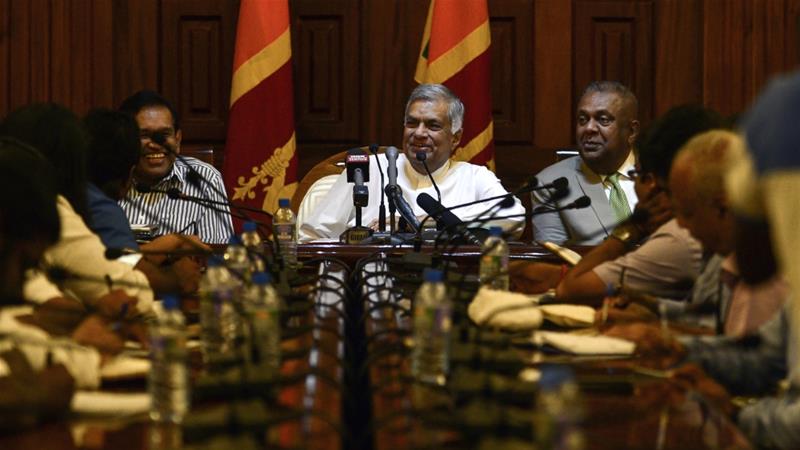 The move comes a day after the Supreme Court overturned a presidential decree dissolving the legislature and calling for snap elections.

Speaker Karu Jayasuriya ruled that a majority of the 225-member assembly supported a no-confidence motion against Rajapaksa, 72, who was appointed prime minister on October 26 in place of Ranil Wickremesinghe.

“The ayes have it,” the Speaker announced over his public address system  “I rule that this House does not have confidence in the government (of Rajapaksa).”

Opposition leader R Sambanthan told the Reuters news agency that the motion presented by an opposition party was taken to a voice vote and had the majority support.

Amid chaotic scenes, Rajapaksa, a former controversial president, and his legislator son Namal walked out of the chamber just before the Speaker called for a vote.

Members of Parliament loyal to Rajapaksa attempted to grab the mace, the symbol of authority of the legislature, to disrupt the vote, but Jayasuriya went ahead. 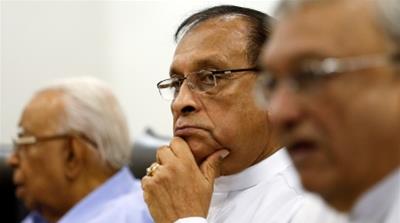 The result does not automatically mean that Wickremesinghe, whose United National Party (UNP) is the biggest in parliament, has won the constitutional showdown.

President Maithripala Sirisena retains the power to choose the next prime minister.

Sirisena’s October 26 decision has left the South Asian island nation with two prime ministers, with Wickremesinghe holed up in the official residence and refusing to step down.

The UNP had “vehemently” rejected the sacking of the parliament and demanded a House vote to prove that the deposed leader still had the backing of at least 113 legislators.

“It is difficult to say who is in charge in Sri Lanka. Now we are left with a power vacuum,” Al Jazeera’s Bernard Smith, reporting from Colombo, told Al Jazeera.

The United States, European Union and other members of the international community have raised concerns over the crisis.

Only China has recognised the appointment of Rajapaksa, who during his decade as president until 2015 relied heavily on Beijing for diplomatic and financial support.