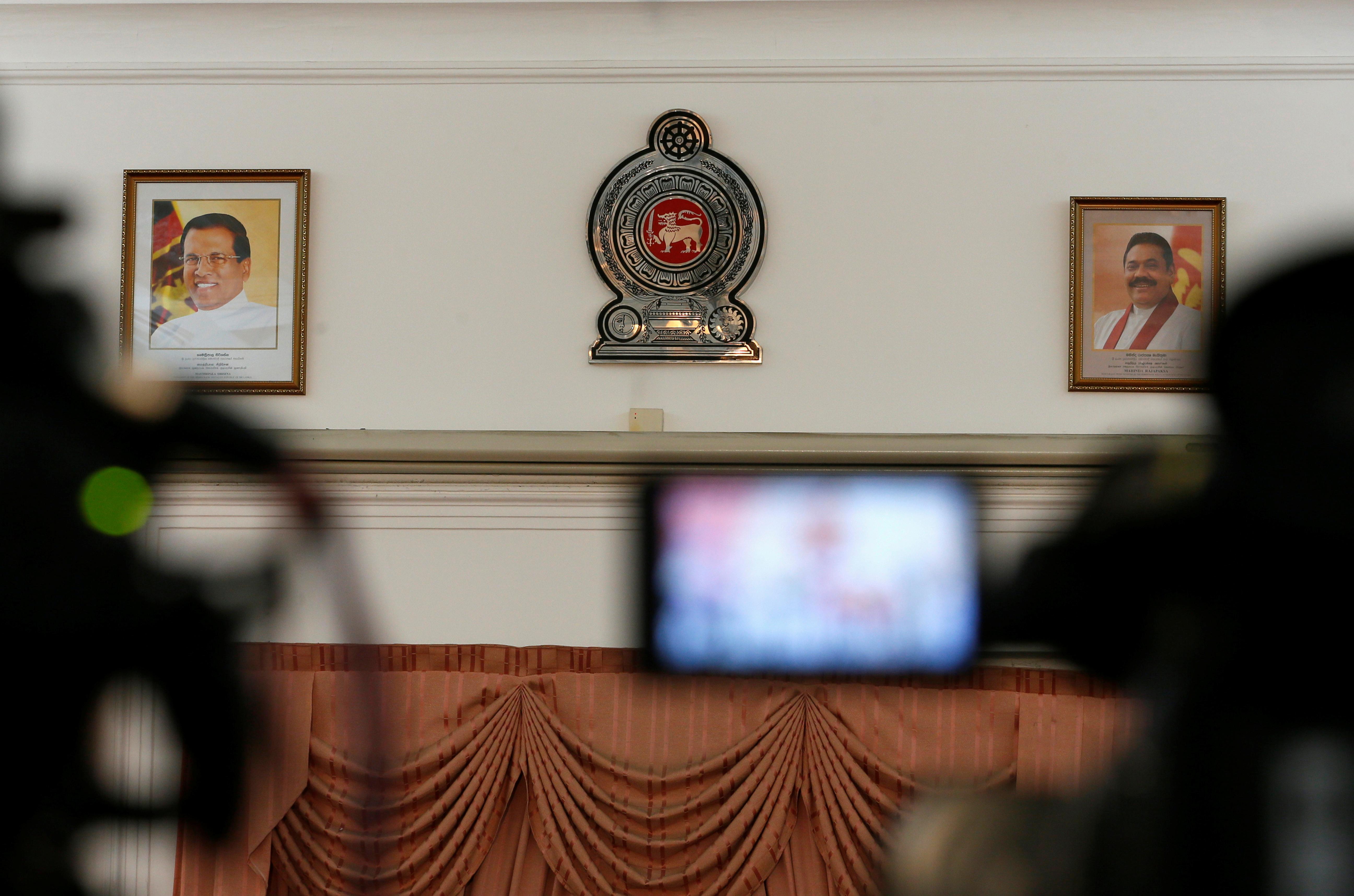 Sirisena dissolved parliament on Friday night and called a general election for Jan. 5 in a move that has drawn international criticism as it is likely to deepen the country’s political crisis.

An intense power struggle has erupted in Sri Lanka in the past two weeks following Sirisena’s sudden sacking of Prime Minister Ranil Wickremesinghe and the appointment of former leader Rajapaksa, a pro-China strongman, in his place.

An SLPP source said 65 out of 82 former SLFP MPs will eventually join the new party.

Namal Rajapaksa, an ex-lawmaker and son of Rajapaksa, said the SLFP’s policies had not been pursued by Sirisena in the coalition government with the Wickremesinghe-led center-right United National Party (UNP).

“We all decided that this is the right time to join the SLPP,” he told Reuters.

The SLPP recorded a landslide victory in local polls in February after Rajapaksa backed it. He did that while remaining in the SLFP.

Sirisena’s allies have told Reuters that he wants a SLFP-led government. However, the defections will weaken Sirisena’s more than seven-decade old party, they say.

Rohana Piyadaya, the SLFP secretary general declined to comment on the defections.

Sirisena’s move to sack the parliament has drawn international criticism.

Farhan Haq, the spokesman for United Nations Secretary General António Guterres, said in a statement that Guterres has underlined the utmost importance of respecting democratic processes and institutions and resolving differences in accordance with the rule of law and due process.

“He renews his call on the Government to ensure peace and safety for all Sri Lankans and uphold its commitments to human rights, justice and reconciliation,” the spokesman said.

Sirisena previously defected from the SLFP, then led by Rajapaksa, in 2014 to join an opposition coalition that ousted Rajapaksa.

Later Sirisena rejoined the SLFP, took over its leadership and formed a national government with Wickremesinghe’s party.

However, a rift developed over policy towards China and India – Wickremesinghe has favored Indian investment as a counter to Chinese inroads in Sri Lankan infrastructure projects – and over Sirisena’s intention to contest the 2020 presidential election under Wickremesinghe’s party.