COLOMBO (Reuters) – The speaker of Sri Lanka’s suspended parliament said on Monday he would not accept former president Mahinda Rajapaksa as the new prime minister unless Rajapaksa proves he has the backing of a majority of lawmakers. 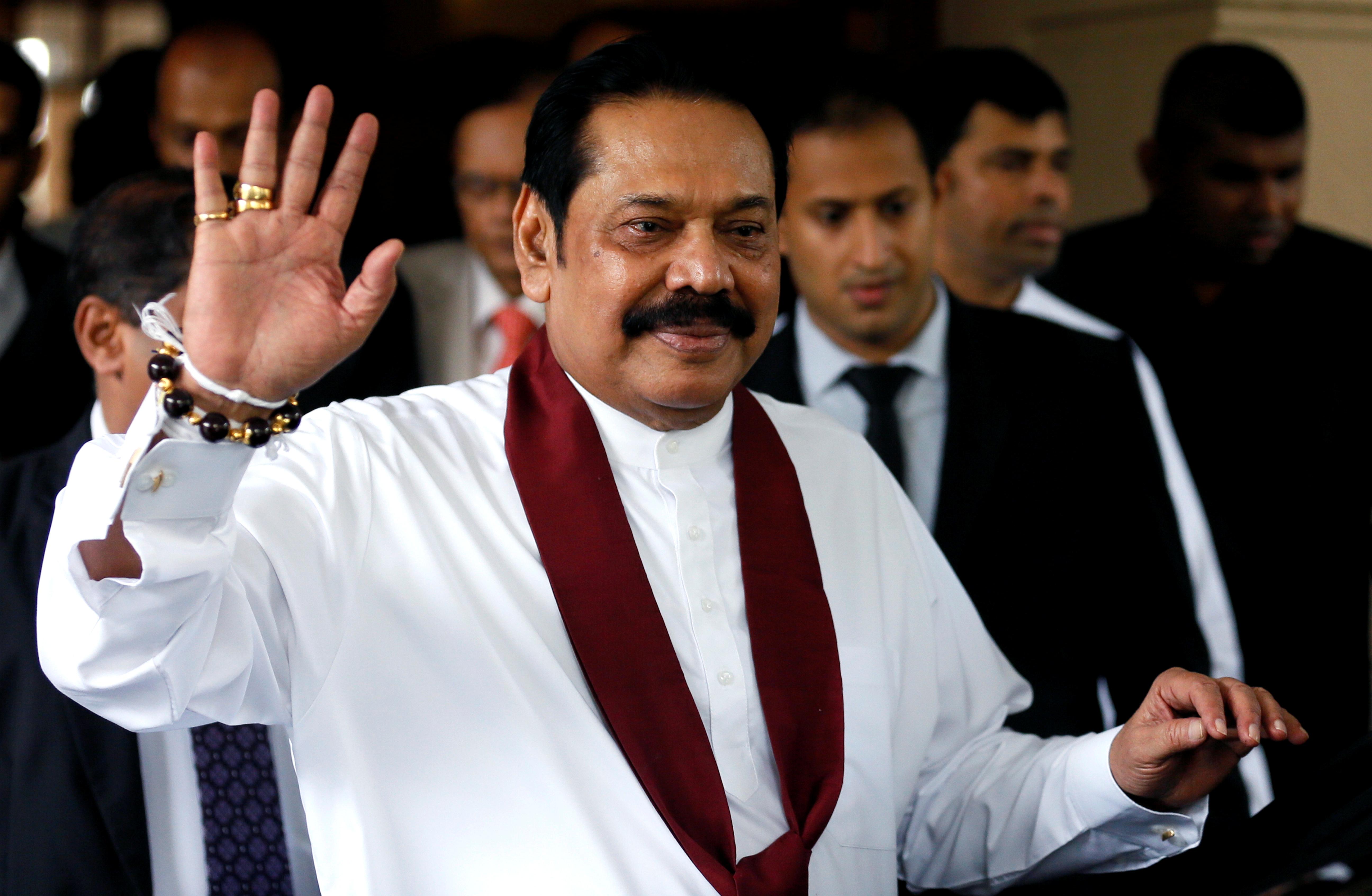 Wickremesinghe has denounced his dismissal as unconstitutional and vowed to remain prime minister until parliament votes him out. The president has suspended parliament, in a move Rajapaksa’s opponents say is aimed at preventing lawmakers from voting to reject his return to power.

“The majority of members are of the view that the changes … are unconstitutional and against traditions,” Speaker Jayasuriya said in a statement. “I will have to accept the status quo prior to the changes” unless a majority in parliament approves them, he said.

Sirisena, speaking on Monday to a rally of tens of thousands of party supporters, ramped up his criticism of Wickremesinghe with an appeal to Sri Lankan nationalism.

He said he fired the prime minister because Wickremesinghe was trying to implement “a new, extreme liberal political concept by giving more priority for foreign policies and neglecting the local people’s sentiment.”

The change in government was carried out “in line with the constitution” and he would not backtrack on it, “whatever the pressure comes”, the president said.

Opponents of Sirisena call the change an illegal attempt to bring Rajapaksa back to power. They blame China, which has close ties to the former president, for using its influence to engineer the change. Chinese diplomats were among the few to congratulate Rajapaksa on returning to power last month, although they deny interfering in Sri Lanka’s internal affairs.

Since Rajapaksa left office in 2015 after a decade in power, the constitution has been changed to reduce the authority of the president and give more powers to the prime minister.

Rajapaksa, whose rule saw Sri Lanka achieve its 2009 victory in a decades-long conflict against rebels from the Tamil minority, is seen as a hero by many among Sri Lanka’s Buddhist majority. He has been accused by diplomats of human rights abuses during the war, which he denies.

India and Western countries also worry about his close ties to China, which loaned Sri Lanka billions of dollars for infrastructure projects during his rule, putting the country deep into debt.

In a statement after he was sworn in, Rajapaksa said he wanted to end religious and ethnic divisions.

The crisis has hit investor sentiment, with foreign investors selling billions of rupees worth of stocks and government securities.

On Friday, 118 members of the 225-seat legislature met the speaker and called for the reconvening of parliament. On Sunday, Sirisena said parliament would be recalled on Nov. 14.

The European Union warned last week it will consider stripping Sri Lanka of its duty-free access if it backs off commitments on human rights.

The United States and Japan have put some aid to Sri Lanka on hold because of the political crisis, Sri Lankan government officials have said.