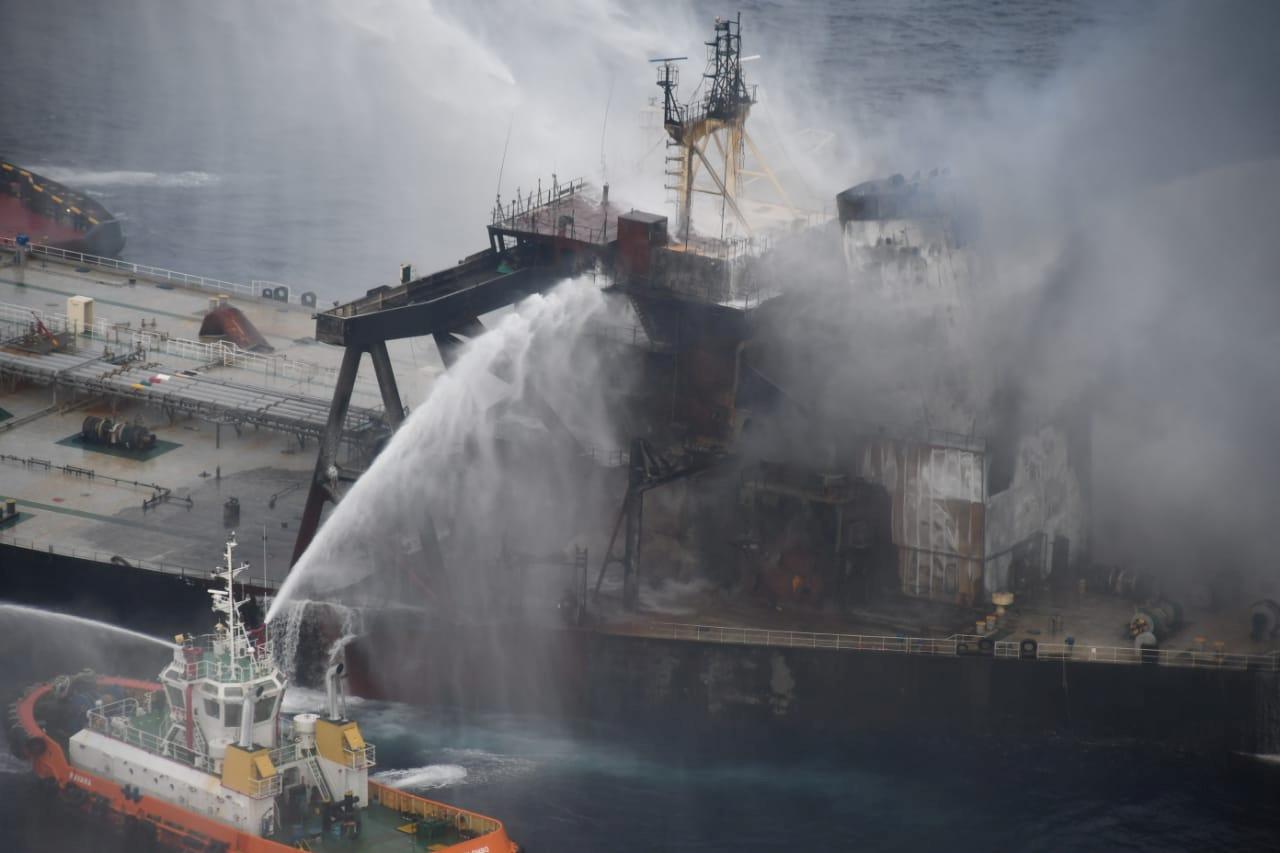 NEW DELHI (Reuters) – Sri Lanka has extinguished another fire on a stricken supertanker loaded with 2 million barrels of oil and was towing the ship to deeper water, the island nation’s Navy said in a statement on Wednesday.

“The disaster management team early this morning succeeded in dousing the fire that reignited on September 7th on the MT New Diamond crude oil carrier due to bad weather,” said the Sri Lanka Navy, adding the stricken vessel is now 37 nautical miles (68 kms) off the Sri Lankan east coast.

Sri Lankan officials are working to assess any damage to the environment and marine life from the incident, which began on Sept. 3, when a fire initially broke out in the engine room of the New Diamond supertanker.

Sri Lanka’s navy on Tuesday spotted an oil slick a kilometre from the supertanker, which was chartered by Indian Oil Corp to import some 2 million barrels of oil from Kuwait.