UNP says it will mount legal challenge against the dissolution of parliament by President Maithripala Sirisena. 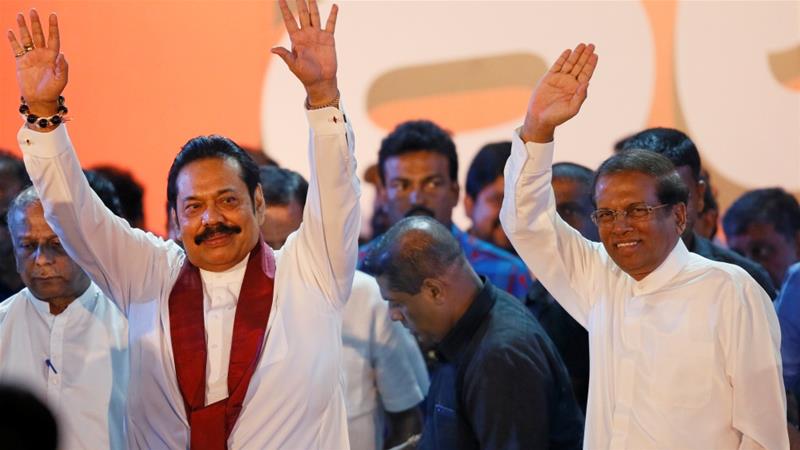 The party of Sri Lanka’s dismissed prime minister has said it will file a legal challenge to President Maithripala Sirisena’s decision to dissolve parliament, which escalated the country’s political uncertainty and drew international criticism.

“We will go to the courts,” United National Party’s (UNP) Mangala Samaraweera, who was finance minister in the government of sacked Prime Minister Ranil Wickremesinghe, said in the capital, Colombo, on Saturday.

On Friday, Sirisena announced the dissolution of the already-suspended parliament and called fresh elections on January 5, two weeks after Wickremesinghe was sacked in a shock move and replaced with Mahinda Rajapaksa, a controversial former president,

The announcement of the snap election, almost two years ahead of schedule, came after Rajapaksa seemingly failed to muster enough support in parliament ahead of an expected vote seeking to remove him on November 14, the date the House was supposed to reconvene.

While “the new government is defending the president”, his critics say he has “undermined” parliament, Al Jazeera’s Minelle Fernandez said, reporting in front of a Colombo crowd protesting against the president’s moves.

“I would say this is a total betrayal,” a protester told Al Jazeera. “The whole country has been betrayed.”

“All three steps are unconstitutional – the dismissal of Prime Minister Ranil Wickremesinghe, the appointment of Mahinda Rajapaksa, and finally the proroguing and dissolution of parliament,” she said. 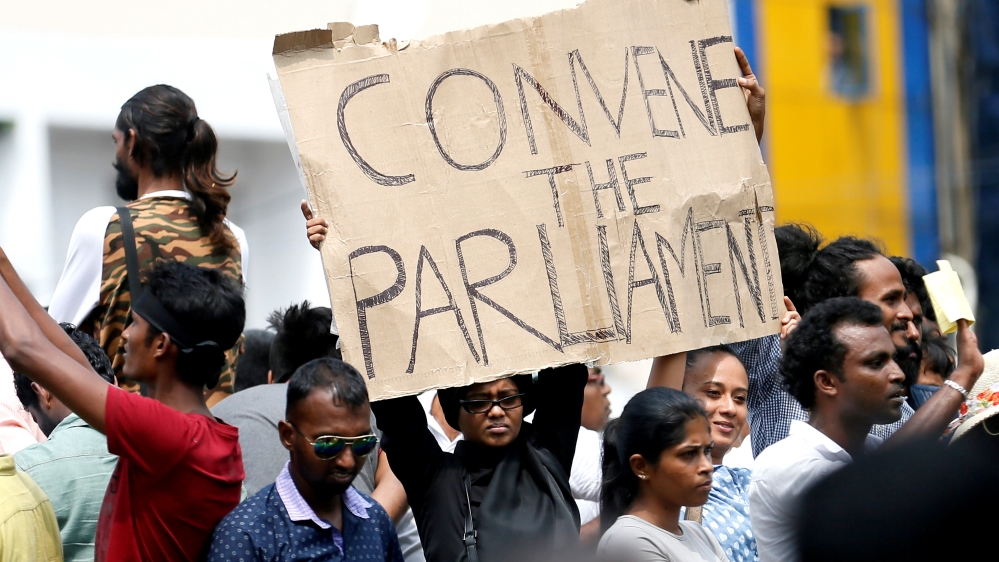 Rajapaksa, 72, was prime minister for two weeks without ever stepping into parliament. He will continue in a caretaker until a new parliament meets on January 17.

A leader of Rajapaksa’s party, Susil Premajayantha, said Sirisena sacked the legislature to end the power struggle and allow people to elect a new legislature.

“Now we have a caretaker government with limited functions,” Premajayantha said. “We will conduct a free and fair election.”

In the parliament meeting earlier scheduled for Wednesday, the UNP was planning to show it had the support of more than 113 members in the 225-seat parliament.

Sirisena’s United People’s Freedom Alliance (UPFA) conceded on Friday it only had the backing of 105 legislators.

Several politicians, meanwhile, had alleged they were offered millions of dollars to switch allegiance.

On Thursday, Wickremesinghe had thanked his supporters in a Facebook video for not letting Sri Lanka be “plunged into the darkness of dictatorship”.

It was not immediately clear if he would vacate the official Temple Trees residence following the dissolution of parliament.

The deposed leader has remained holed up there since his abrupt dismissal on October 26.

The worsening political crisis in the Indian Ocean island nation has alarmed the international community.

India and the West have raised concerns over Rajapaksa’s close ties with China.

Beijing loaned Sri Lanka billions of dollars for infrastructure projects when Rajapaksa was president between 2005-2015, putting the country deep into debt.

“China would like to see a stable Sri Lanka,” Xiudong Jia, researcher at the China Institute of International Studies, told Al Jazeera.

The US Bureau of South and Central Asian Affairs said in a tweet that Washington was “deeply concerned” by news that the parliament had been dissolved, “further deepening the political crisis”.

Mark Field, the British minister of state for Asia and the Pacific, tweeted: “As a friend of Sri Lanka, the UK calls on all parties to uphold the constitution and respect democratic institutions and processes.”

Australian Minister for Foreign Affairs Marise Payne expressed both concern and disappointment in a statement, saying the move “undermines Sri Lanka’s long democratic tradition and poses a risk to its stability and prosperity”.