The thick blanket of ash on the island of St Vincent has been revealed in new drone pictures.

More than 15,000 people have been displaced after ongoing eruptions from the La Soufriere volcano in recent weeks – and they could continue for weeks or months, say experts.

Homes, crops and water supplies have also been destroyed or contaminated on the small Caribbean island, located near St Lucia and Barbados and usually an idyllic holiday destination. 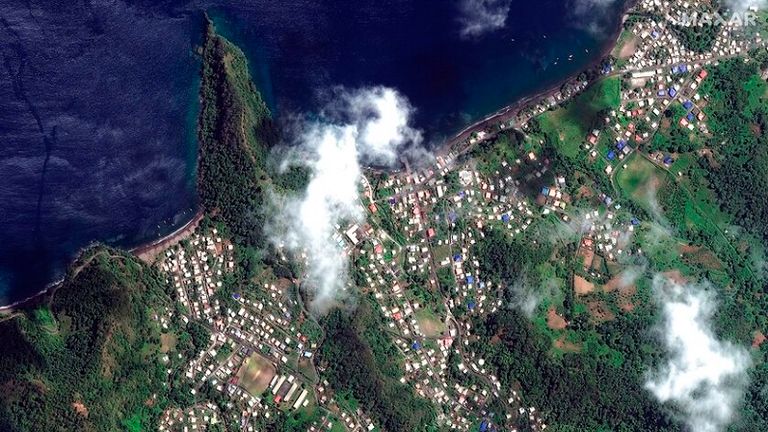 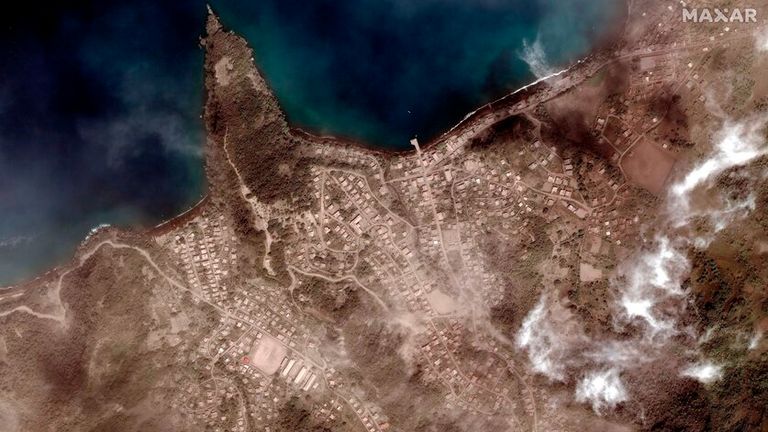 Ash is piled up to 42cm (16 inches) high in some areas of the north, according to officials, and scientists estimate 100 million cubic metres may have fallen.

The United Nations has launched a $29m (£20.9m) appeal and released the aerial pictures to show the extent of the damage – with the island’s normally lush trees and foliage stained grey. 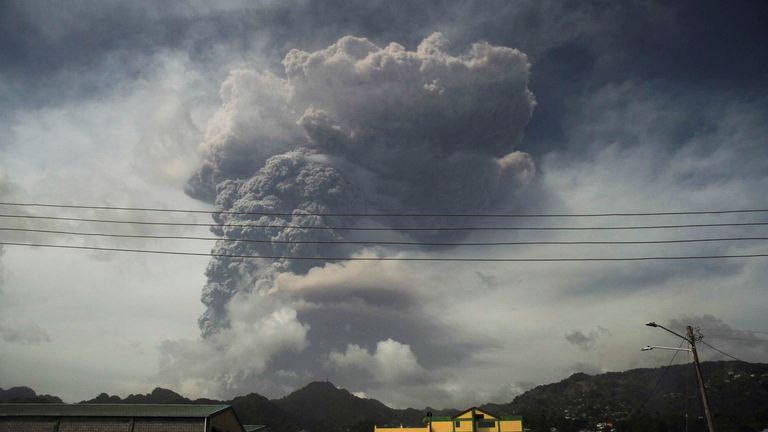 Its coordinator for the region called the scene “apocalyptic” last week, while Prime Minister Ralph Gonsalves has said rebuilding will cost “hundreds of millions of dollars”.

The first eruption was on 9 April, with thousands evacuated beforehand to government shelters and private homes. 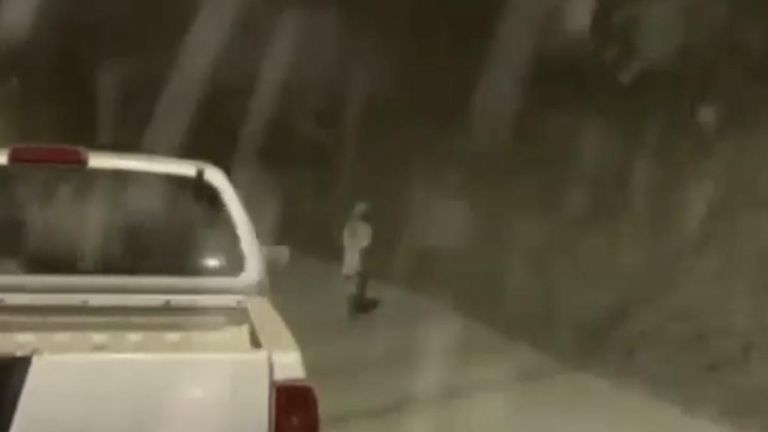 The hurricane season is also weeks away, prompting fears the island could be hit while it’s still trying to cope with eruptions and provide food and water to displaced residents.

The UN aid money will provide “immediate lifesaving humanitarian assistance” such as clean water and food, and it’s also sending experts to assist with the ash clean-up.

Neighbours such as Guyana, Trinidad & Tobago and Dominica have also pledged money and sent basic supplies.