Sir Keir Starmer took a s swipe at Labour Corbynistas today, saying their threatens of legal action over Jeremy Corbyn would leave the party ‘tied up’ and could hamper its chances of election victory.

The Opposition Leader lashed out at the hard Left rump that has vowed to challenge the former party leader’s suspension as he used the US presidential election win of Joe Biden to suggest they swing in behind his own moderate leadership.

Mr Corbyn lost the party whip  last month after claiming the scale of anti-Semitism in Labour had been ‘dramatically overstated for political reasons’.

His comments came after an inquiry by the Equalities and Human Rights Commission found that under his leadership Labour had unlawfully discriminated against Jewish members.

It has since been reported that former shadow attorney general Baroness (Shami) Chakrabarti is working on a legal case to get his suspension revoked.

However appearing on LBC radio Sir Keir said the party should be focusing on campaigning and winning elections.

‘I don’t think anybody wants to see yet more legal cases. I want to see the Labour Party focused on campaigning to win elections,’ he said.

‘We have got a massive set of elections next May, we have got a general election in 2024. We absolutely have to be focused on that.

‘So I don’t want to see any Labour Party money or time tied up with yet more legal cases.’ 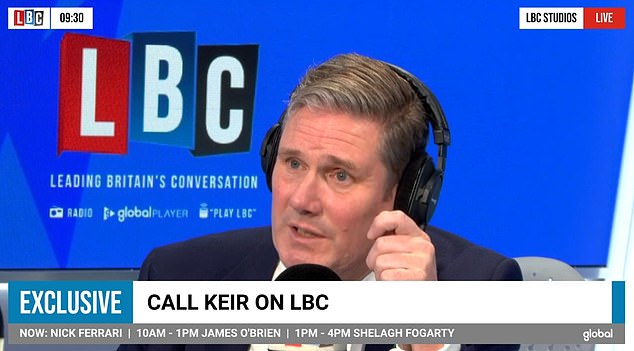 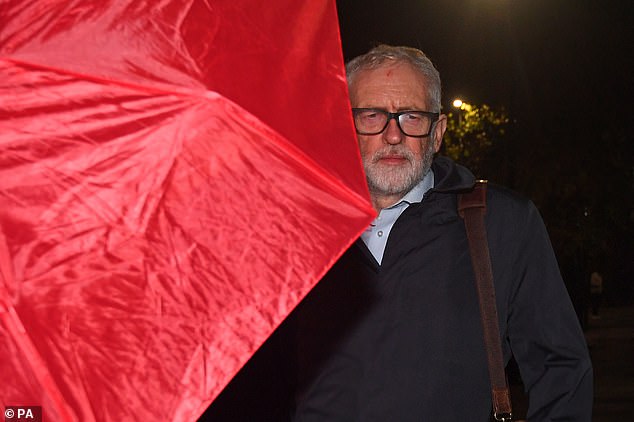 He said that he would raise the issue with Lady Chakrabarti – the author of an earlier, much-criticised report on anti-Semitism in the party – when he next spoke to her.

Sir Keir used the radio appearance to pitch himself in the same mold as the moderate Democrat, saying ‘values he holds are close to our politics values’.

And in a nod to Labour’s catastrophic election defeat in December under Mr Corbyn he added:  ‘I think there is a lesson there for the LP about coalition building, listening to people who haven’t voted Labour and engaging in a different way.

‘When people don’t vote for you, you don’t look at them and say, ”you’re wrong”. We need to look at ourselves rather than the electorate.’

Mr Starmer also insisted he had a ‘grown-up relationship’ with Unite leader Len McCluskey. The union kingpin – whose organisation is a large Labour donor – is a close confidant of Mr Corbyn and criticised the decision to suspend him.

‘Len McCluskey and I speak, we respect each other, we don’t always agree – and we don’t agree on that,’ Mr Starmer said.

‘But I have the advantage with Len McCluskey that I talk to him directly and we have a grown-up relationship where we agree or disagree.’

He added: ‘I like to have a one-to-one relationship where people tell me what they think.’

Sir Keir denied it had been a ‘political decision’ by general secretary David Evans to suspend Mr Corbyn, although he made clear he strongly supported the action against his predecessor.

‘In those circumstances I think it is very important to take tough decisions.’

Sir Keir said he was committed to putting in place measures to implement the commission’s recommendations by next month’s deadline.

‘We have been anticipating this report. We have done quite a lot of the hard work already. We will hand that plan on time to commission and then I hope we can sign it off and start working to it,’ he said.

‘I think what those who were most pained by our failure to deal with anti-Semitism want is an honest acknowledgement by the Labour Party of the scale of the problem and to see us committed to changing it.

‘That is the commitment I will give and I will deliver on.’