Changes aimed at shielding Facebook page administrators from defamation lawsuits over posts by third parties are set to become law nationally, but not until at least 2024. 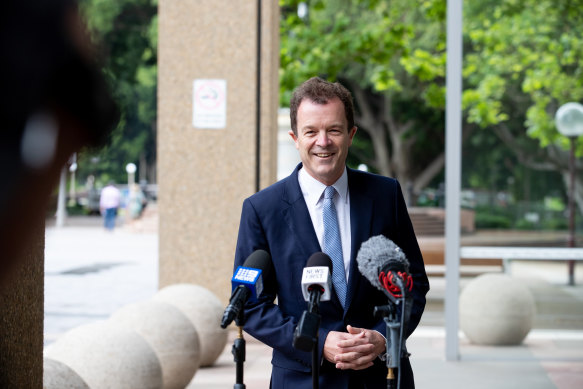 The reform push follows a High Court ruling last year that media companies were legally responsible as “publishers” for third parties’ comments on their Facebook pages. The decision had implications for any operator of a social media account on which third parties could comment.

Under the proposal, social media page administrators would be able to rely on the defence of “innocent dissemination” to fend off lawsuits over third-party comments, but only if they set up complaints processes and took reasonable steps within 14 days of a complaint to delete or prevent access to allegedly defamatory material.

If the administrator opted to leave the material online after a complaint, they would “have the option of defending the matter using any other defences available to them”, a background paper released this year said, but this would be a costly approach.

“Online technology means reputations can be irreparably damaged in a matter of keystrokes,” Speakman said.

“That’s why NSW has been leading this work and consulting on these reforms to strike a better balance between protecting reputations and promoting freedom of speech online.”

The laws would need to be passed by each jurisdiction to ensure the amendments were uniform across the country from January 1, 2024. Western Australia and the Northern Territory have yet to pass a first tranche of reforms and there is no guarantee of uniformity.

The jurisdictions did not agree to a more radical proposal to give an automatic defence or “safe harbour” to social media page administrators that would have operated when a potential plaintiff had enough information about the author of a comment to sue them directly for defamation.

The Standing Council of Attorneys-General, chaired by Commonwealth Attorney-General Mark Dreyfus, said in a communiqué that the proposed changes were “a pragmatic approach that is intended to strike a better balance between protecting reputations and not unreasonably limiting freedom of expression”.

A group of defamation lawyers, among others, had warned earlier this year that the initial drafting of the proposed changes failed to capture social media page administrators as intended.

But Speakman said the proposed defence would cover people who used social media platforms “to create and administer a public page”.

“It is expected that explanatory notes to the amendments will make this clear,” he said. “Refinements have been made to the text of the exposure draft … released in August 2022, to reflect feedback received from stakeholders and add further clarity.”

The states and territories also agreed to “conditional exemptions” from defamation liability for “search engines in relation to organic [non-sponsored] search results”.

The High Court had already ruled in August that Google was not liable for defamatory news stories and other material viewed when users clicked on its non-sponsored search results, but it left open the possibility that sponsored links were in a different category.