Doctors are blasted for neglecting student, 22, after they missed his fatal head injury on birthday night out because they thought he was drunk

Doctors have been blasted for missing a student’s fatal head injury on his birthday night out because they thought he was drunk.

University of Bath economics student Alex Green, 22, was found unconscious at a bus stop in the city centre in the early hours of September 30, 2017.

He was taken to Royal United Hospital, but his injury – which included a fractured skull – was only spotted 10 hours later when he suffered a respiratory arrest.

Mr Green was transferred to Southmead Hospital in Bristol, but died there three days later.

Maria Voisin, senior coroner for Avon, said his death was ‘contributed to by neglect’ by hospital staff. 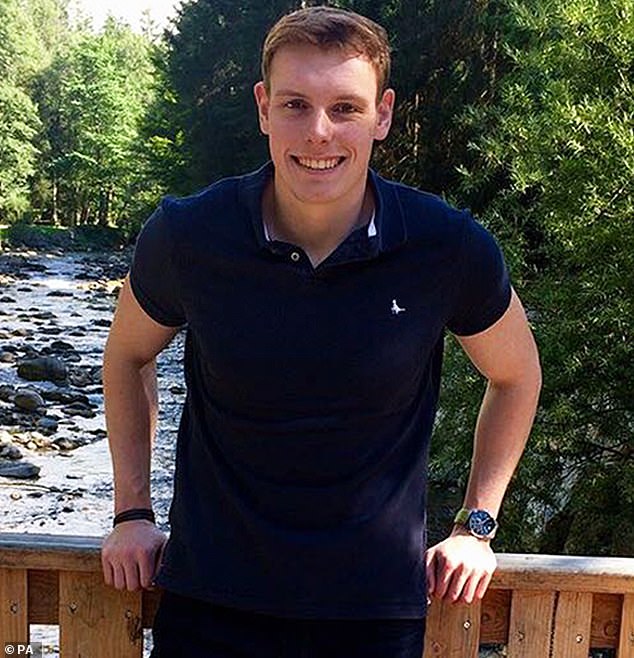 University of Bath economics student Alex Green, 22, died three days after hitting his head when doctors missed his fatal injury because they thought he was drunk

The five-day inquest heard that Mr Green should have undergone neurological examinations after arriving at the Royal United Hospital, experts said.

Patients suffering from alcohol intoxication usually sober up within four hours and questions should have been asked as to why Mr Green’s consciousness was not improving, they added.

Ms Voisin found a number of gross failures that ’caused or significantly contributed to Alex’s death’.

She concluded that the death of Mr Green, from East Molesey, Surrey, was an ‘accident contributed to by neglect’.

Speaking after the hearing, Mr Green’s parents David and Karen described him as ‘wonderful, bright, beautiful and kind’.

‘Our grief is overwhelmingly painful every day,’ they said.

‘As a family, we are shocked and appalled by the lack of care given to Alex by both the South West Ambulance Service and the Royal United Hospital.

‘Alex was in their care for over 10 hours, with a serious but detectable and treatable head injury which was not properly considered and never diagnosed.’

‘There was an assumption by everyone managing Alex that he had been intoxicated when in fact, he had a significant head injury,’ Ms Voisin said.

The coroner identified five failings with Mr Green’s care, including the assumption that his reduced consciousness was due to intoxication with ‘no corroborating evidence’.

She said Mr Green was not seen by a doctor for three hours, despite having a reduced Glasgow Coma Scale (GCS) score, and was not managed properly after falling from his hospital bed.

He was not examined before being transferred to the hospital’s observation unit and his reduced GCS was not acted upon despite never being normal, she found.

Friends told the hearing they had surprised Mr Green with a birthday celebration in Bath on the evening of September 29.

At 2.42am, CCTV from The Second Bridge nightclub showed Mr Green picking up a female friend and them both falling over.

After this, Mr Green is seen holding the back of his head.

The group left the nightclub at 2.51am and went to McDonalds, with Mr Green seen walking alone in the city centre at about 3.26am. 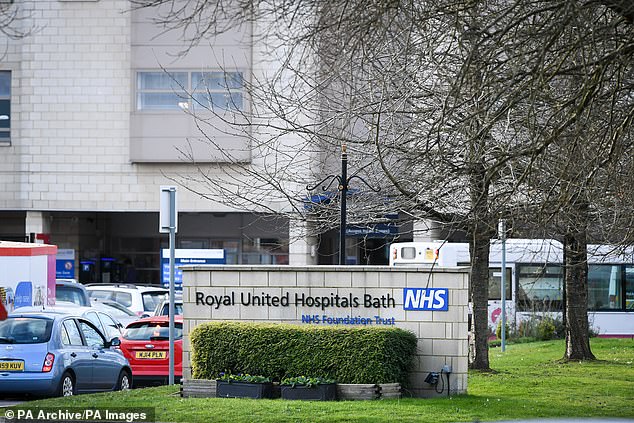 He was taken to Royal United Hospital, pictured, but his injury – which included a fractured skull – was only spotted 10 hours later when he suffered a respiratory arrest

Ms Voisin said the last CCTV footage of Mr Green walking was at 3.42am, with a group of five students discovering him unconscious at 3.48am.

The inquest heard that there can be a gap in time between a person sustaining a head injury and the effects of it.

An ambulance took Mr Green to the Royal United Hospital at 4.35am, where he was noted to have reduced consciousness.

A paramedic concluded that the student’s condition was due to alcohol, a view shared by a doctor who examined him at 7.15am.

This diagnosis was repeated during a handover at 8am, where the plan was to send him home when ready.

Mr Green was heard to fall from his hospital bed at 9am, but he was not examined and a decision was made to transfer him to an observation ward.

At 1.45pm, a nurse turned Mr Green on his side after hearing ‘gurgling noises’.

He was noted to be in respiratory arrest at 2.05pm and given a CT scan, which revealed his head injury.

Mr Green was transferred to Southmead Hospital in Bristol for surgery.

‘Due to the delay in diagnosis and transfer, the treatment was futile,’ Ms Voisin said.

Neurosurgeon James Palmer told the hearing that Mr Green should have been given a CT scan by 6.35am, which would have shown his head injuries.

‘[He said] a transfer any time before 11.15am would have led to a good outcome,’ the coroner said.

Bernie Marden, medical director, said: ‘Following this tragic incident in 2017, we carried out an investigation and shared the findings with Alex’s family and the coroner.

‘We will now reflect on the coroner’s findings and act on the further learning opportunities identified.’