London: Numerous studies have shown that art and music can help soothe chronic pain, stave off symptoms of dementia and Alzheimer's disease, and accelerate brain development in young children.

Now, there is evidence that simply being exposed to the arts may help people live longer. 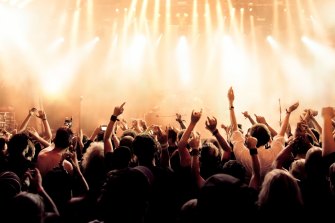 Researchers in London who followed thousands of people 50 and older for 14 years discovered that those who went to a museum or attended a concert just once or twice a year were 14 per cent less likely to die during that period than those who didn't.

The chances of living longer only went up the more frequently people engaged with the arts, according to the study, which was published this month in The BMJ, formerly The British Medical Journal. People who went to a museum or the theatre once a month or even every few months had a 31 per cent reduced risk of dying in that period, according to the study.

The study controlled for socioeconomic factors like a participant's income, education level and mobility, said Andrew Steptoe, a co-author of the study and the head of University College London's research department of behavioral science and health.

"Even if you take those things into account, we still found that there is a difference in the survival of people who are involved in the arts," Steptoe said Friday in an interview. 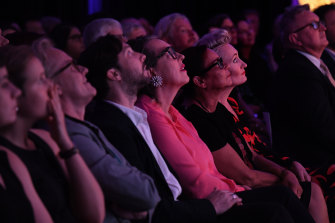 The research controlled for factors including wealth and mobility.Credit:Kate Geraghty

The study did not examine what kind of music, art or theatre led to a longer life, he said.

In other words, it's not clear whether your chances of living longer are improved by choosing Die Walküre over The Phantom of the Opera.

But Steptoe said researchers theorised that people who expose themselves to the arts are likely to be more engaged in the world.

The study also noted that engaging in the arts can reduce loneliness, promote empathy and emotional intelligence, and keep people from becoming sedentary — all factors that contribute to a longer life.

Many studies have examined the positive effects of the arts on older people.

Americans over 55 who did not create art or go to concerts, museums or plays reported higher rates of hypertension and cognitive decline than those who did, according to a study of nearly 1500 participants released by the National Endowment for the Arts in 2017.

Similar studies have shown the benefits of exposing children and adolescents to art.

University of Arkansas researchers found that children who were taken on field trips to museums performed better in school and scored higher on standardised tests than those whose schools did not take students on field trips.

The London study is believed to be the first comprehensive examination of the effects of art on mortality, Steptoe said.

From 2004 to 2005, researchers collected data from 6710 people who responded to questionnaires about how often they went to concerts, museums, galleries, the theatre or the opera. (Steptoe said the effect of moviegoing had already been examined elsewhere and was not considered in the study.)

In addition to providing personal information such as age, gender, ethnicity, marital status, educational background, profession and income, participants also answered questions about their physical and mental health, how often they smoked or drank, and how much exercise they got.

Over the next 14 years, about 2000 participants died — a vast majority of them from illnesses related to cancer, cardiovascular disease, respiratory problems and other natural causes, according to the study. (The tiny fraction of participants who died of unnatural causes was still included in the study, Steptoe said.)

The researchers combed through the data they had collected to search for patterns. They said their findings suggested, but did not prove, that participating in the arts could lead to a longer life span.

"This study raises a number of future research questions," the authors wrote.

For example, future studies could consider how engagement in the arts from a young age might affect a person's life span.

The study also did not examine whether there was any overlap with participants who actively participated in art, as by playing music, dancing or painting.

Still, the results of the study excited art and theatre advocates who said they hoped the research would motivate a push to restore arts and music programs that have been cut from schools around the country over the years.

"So much of that has been destroyed," said Heather A. Hitchens, chief executive of the American Theatre Wing, which funds a wide range of productions and programs.

"Too often, the arts are seen as this frill, but they really do play an essential role in our lives," Hitchens said. "Now we have a study telling us it helps us live longer. It's just yet the latest example of how powerful the arts are."

Advocates said the study was also a reminder of how critical it is for the arts to be more accessible to Americans of all incomes.

Gabriella Souza, a spokeswoman for the Walters Art Museum in Baltimore, said the study's results were not surprising.

"In terms of finding peace and tranquillity in galleries, that is one of the reasons people come to our museums," she said.

The museum, which offers free admission and gets about 160,000 visitors a year, recently surveyed visitors about why they come. Twenty percent said for "peace and rejuvenation," Souza said.